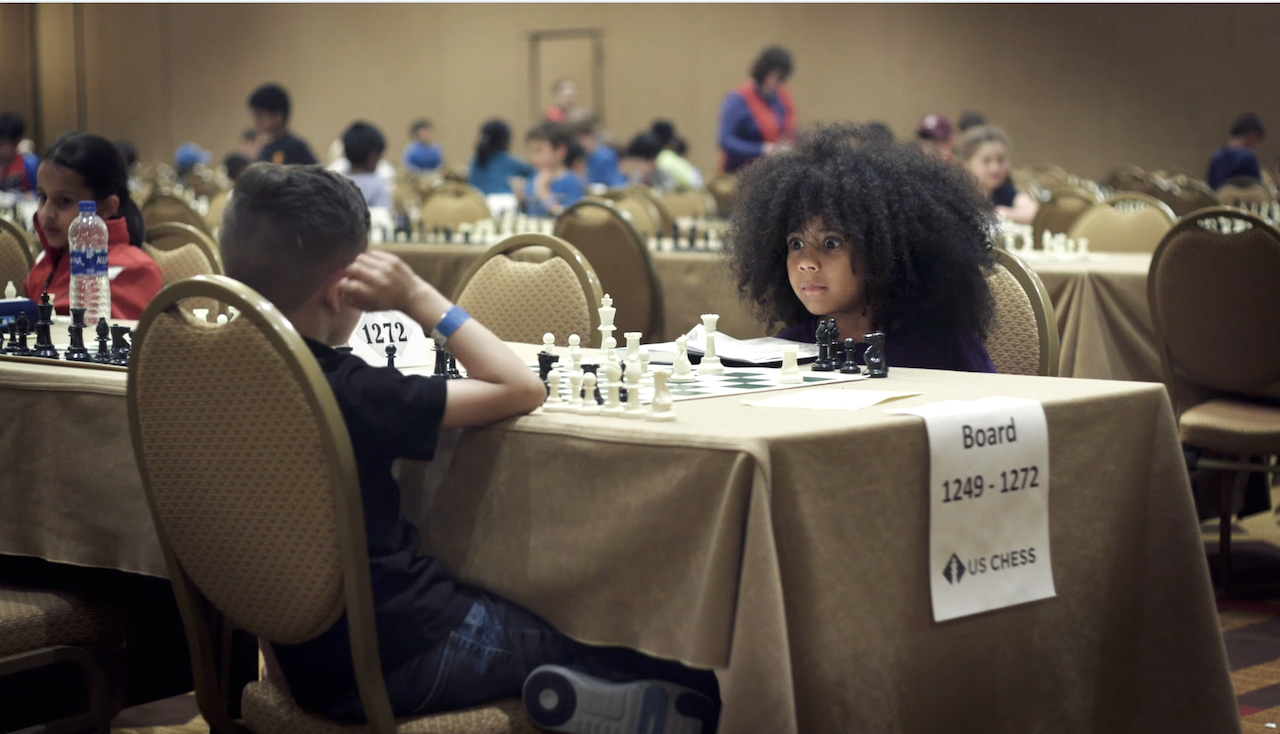 screenshot via “The Magic of Chess”

“The Magic of Chess” by Jenny Schweitzer-Bell is a short insightful film in which young children at the 2019 Elementary Chess Championships in Nashville, open up about what the game of chess means to them. Each child offered charming, unencumbered insight far beyond their years, about the game.

Filmed at the 2019 Elementary Chess Championships at the Nashville Opryland resort, a group of children share their uninhibited, philosophical insights about the benefits of chess.

Previously, Schweitzer-Bell filmed the 2018 KCF All Girls Nationals in Chicago, which looked at gender disparities in competitive chess based upon the experience of her own daughter.

For a number of months, she was the only girl in her first-grade after-school chess class. When she played in tournaments, she rarely got to play against another girl. Her experience isn’t unusual: at the elementary-school level, there’s just one girl to every four boys playing tournament chess. By the time kids have reached their senior year in high school, that disparity has increased to ten boys to every girl…Even at their young ages, the female chess players in my video are keenly aware of being stereotyped. And their ability to articulate their frustration is startling.

The post Young Chess Players Offer Charming Insight Into the Game in the Short Film ‘The Magic of Chess’ first appeared on Laughing Squid.