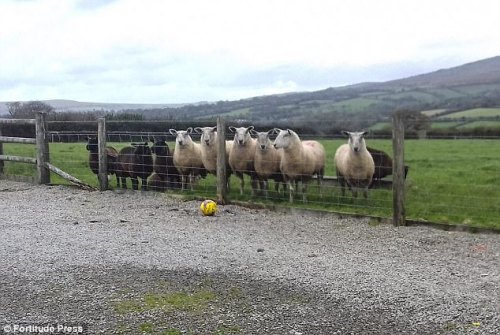 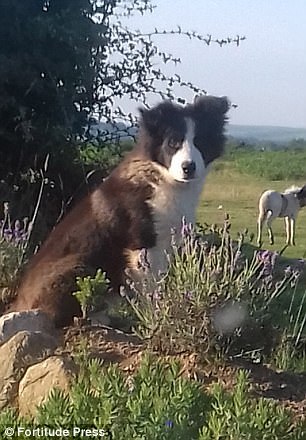 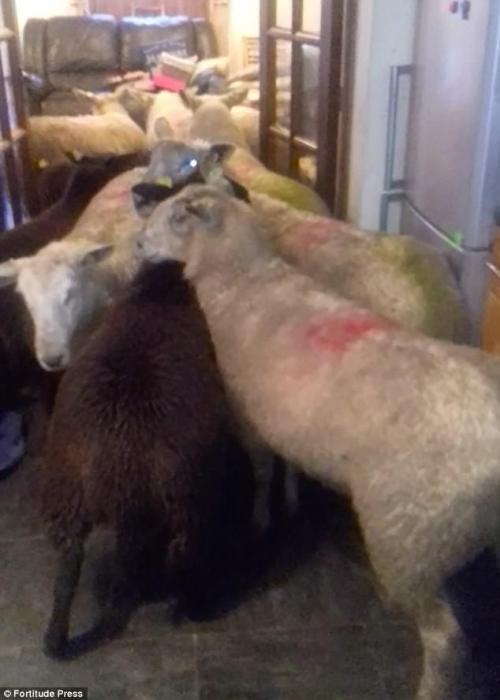 You know a doggo is cut out for sheepherding when they go out of their way to find some sheep for herding. When he was only 7 months old, Rocky the border collie pupper wandered out into the countryside of Devon, England and rounded up a flock of nine sheep that he then herded all the way into his human’s house.

The human in question is Rosalyn Edwards, who had been working in the kitchen when she heard something out of the ordinary.

“I was in the kitchen and heard a noise. I turned around and the sheep were just standing there. There were about nine of them. My son and husband had gone out into the field, and the gate was left open. Rocky got them out and led them to the house. This is the first time he’s done something like this. He’s been out with the sheep before but this time the gate was open.”

Brief video footage reveals that the rather confused sheep were crammed in together in the doorway between Edwards’ kitchen and living room.

“I took the children into another room and then tried to guide the sheep out. They went right around from the kitchen and left again through the porch. Rocky did look quite pleased with himself, but he’s going to need more training. He brought a whole new meaning to ‘bringing the sheep home.”

Rocky the sheepdog-in-training is our midweek reminder that, whatever you do, do it awesomely.

[via The Daily Mail via Pleated-Jeans]