Humans of New York regularly gets into the news by finding people whose stories inspire us, make us angry, and more. The photographer’s latest story from a former stripper has everyone talking — so much that she got not one, but three features, and followers still can’t get enough.

It starts out as typical HONY fare, with the speaker, a flamboyantly dressed older black woman, telling of being kicked out and arrested as a teenager. But within a couple of sentences, the story dives into wild territory with her sharing how her costume design skills got her jobs dressing adult entertainers and made her friends in New York’s drag scene. She likely entered these circles at a time when ball culture was flourishing, when New York’s Black and Latino communities were pioneering a bolder and more expressive offshoot of early, white-dominated drag, and the 1969 Stonewall Riots had injected the gay club scene with new pride and defiance.

Please read with discretion, as the original quotes from Tanqueray contain a slur used to refer to transgender women, descriptions of drug use and sex acts. 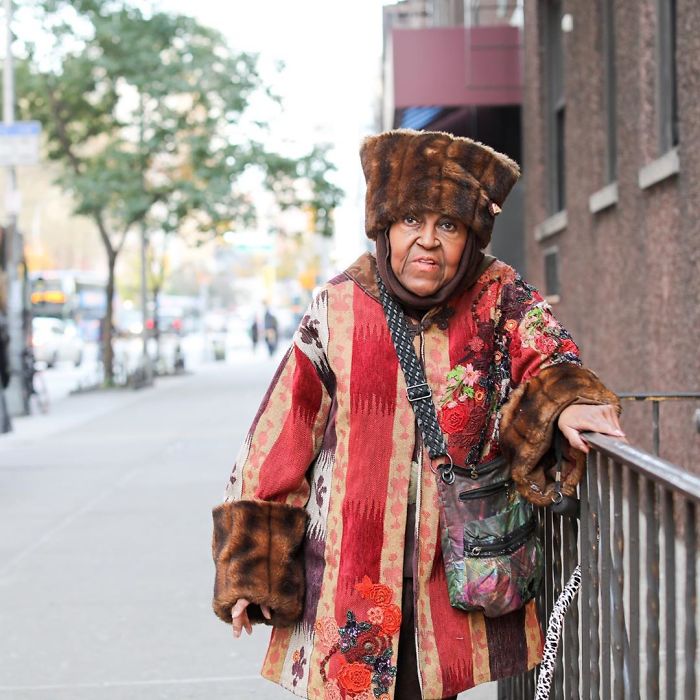 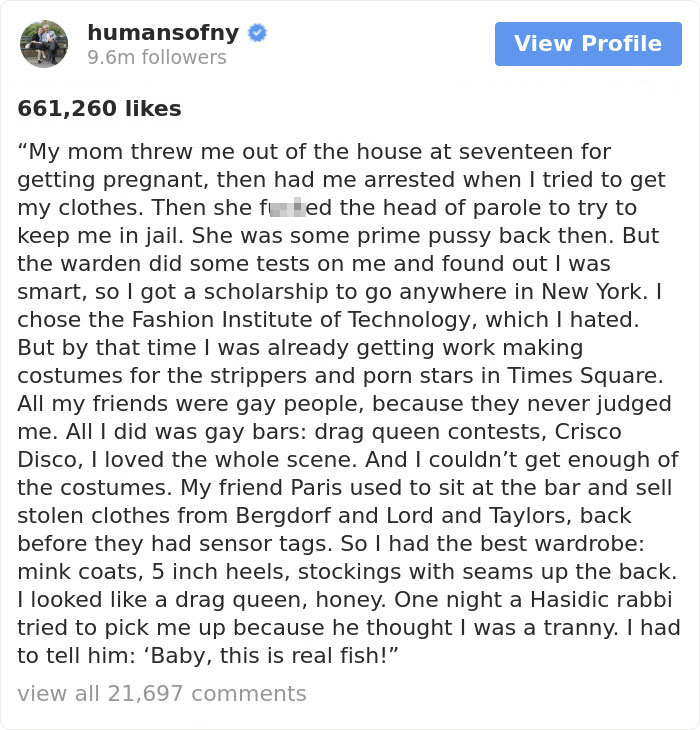 Followers were so captivated by the story that HONY had to post another installment of her tales. Tanqueray, as she reveals was her stripper name in her heyday, could fill a book with crass and hilarious stories about the shows she and her fellow dancers put on. And while popular history says the 1970s were the beginning of the end for the mafia in New York, Tanqueray confirms that its stronghold over the clubs where she performed was still going strong at the time. Overwhelmed with demand, the photographer posted yet another paragraph of Tanqueray’s story, and the third post is even juicier: some commenters say her descriptions of the mobsters controlling 70s New York’s strip clubs and sex work scene are true, and she even incriminates an unnamed US president. 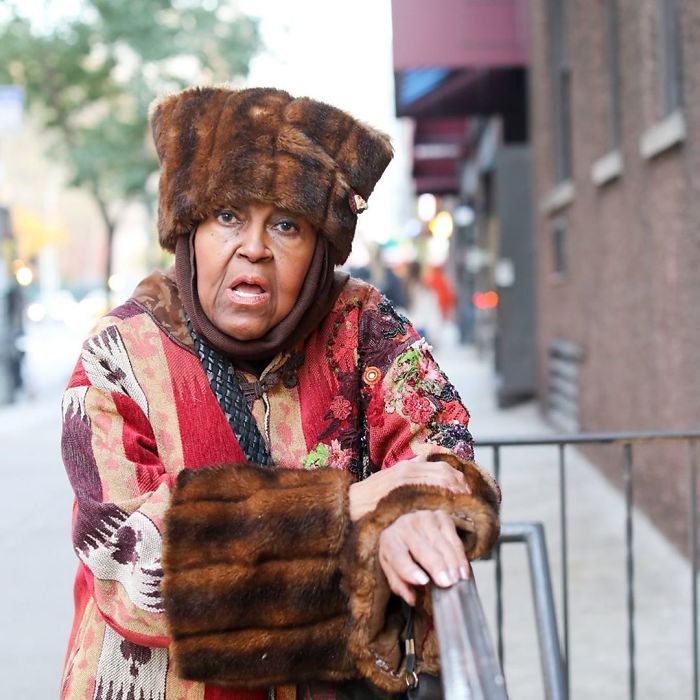 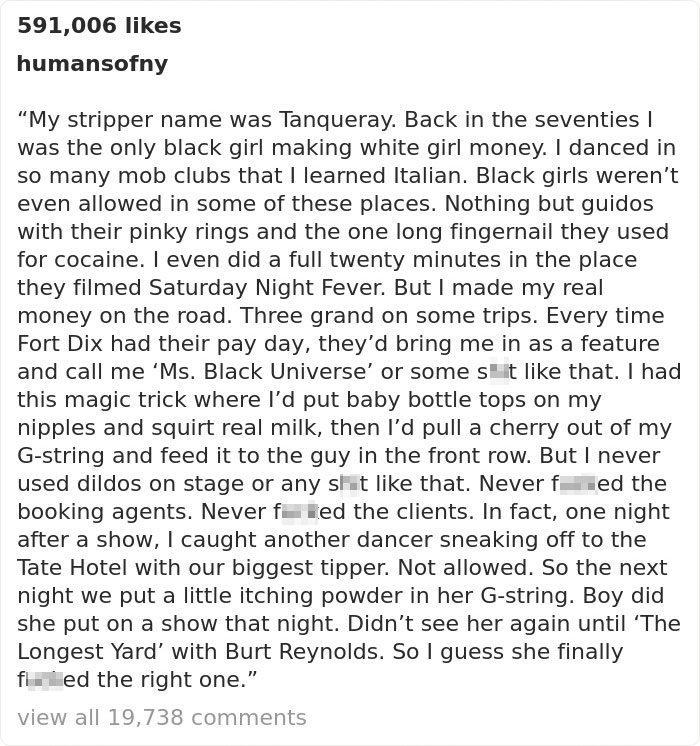 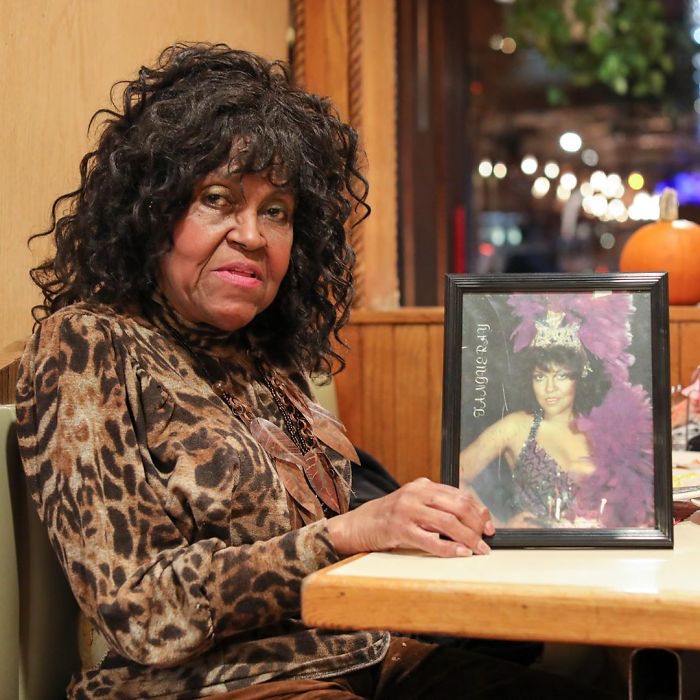 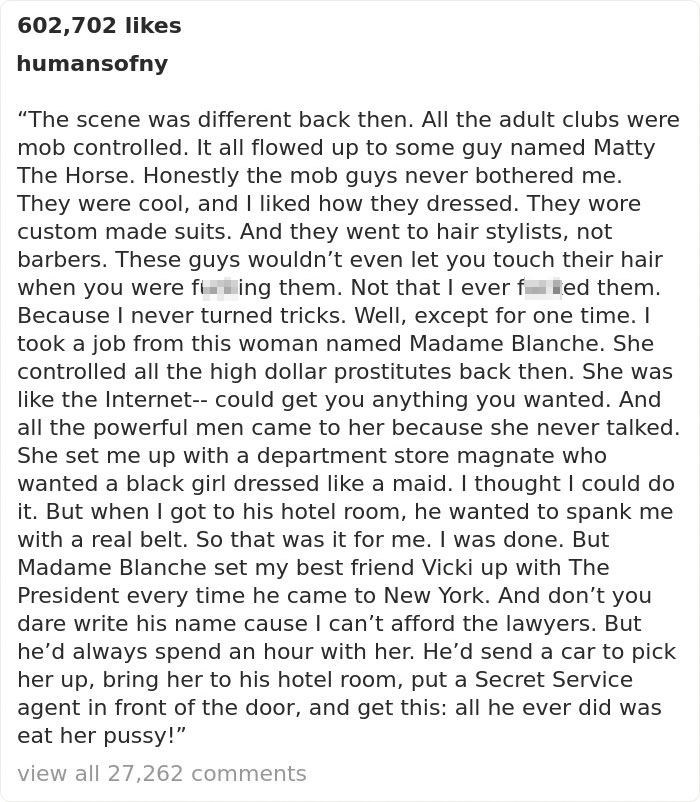 We doubt Tanqueray is up for the book deal that followers are calling for, since she says she “can’t afford the lawyers” to print everything she knows, but even if this is the last we hear from her, it’s a fascinating glimpse into the legendary trash and glamour of 70s New York.

People were wildly intrigued by the story: 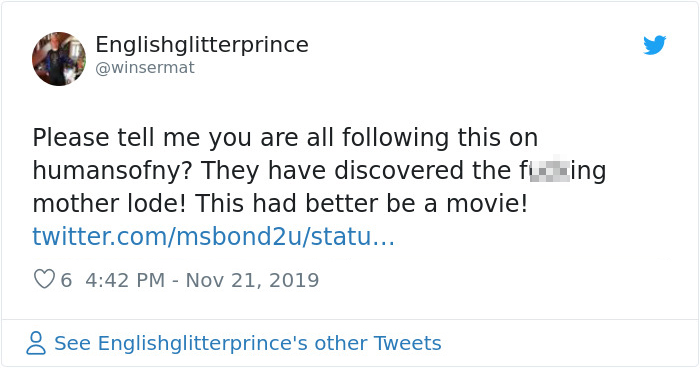 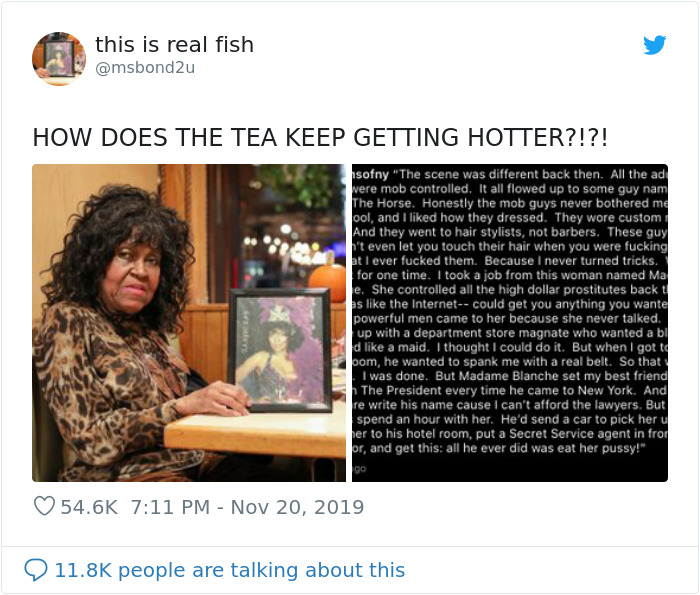 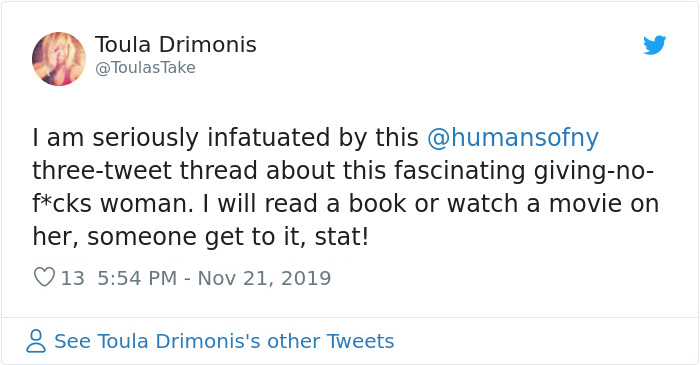 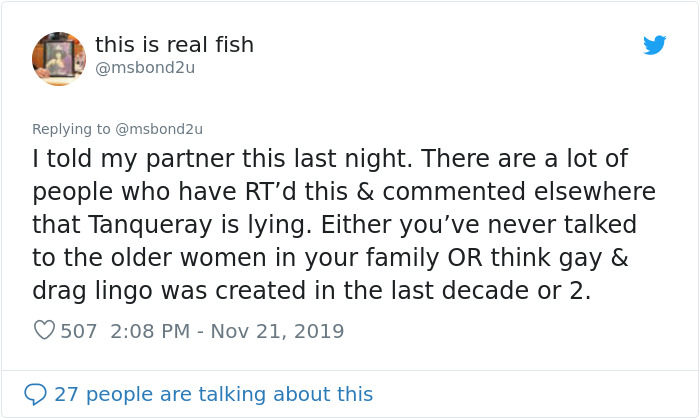 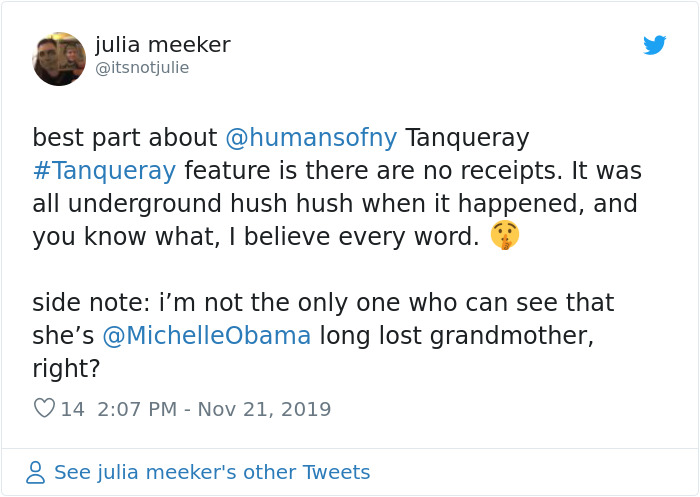