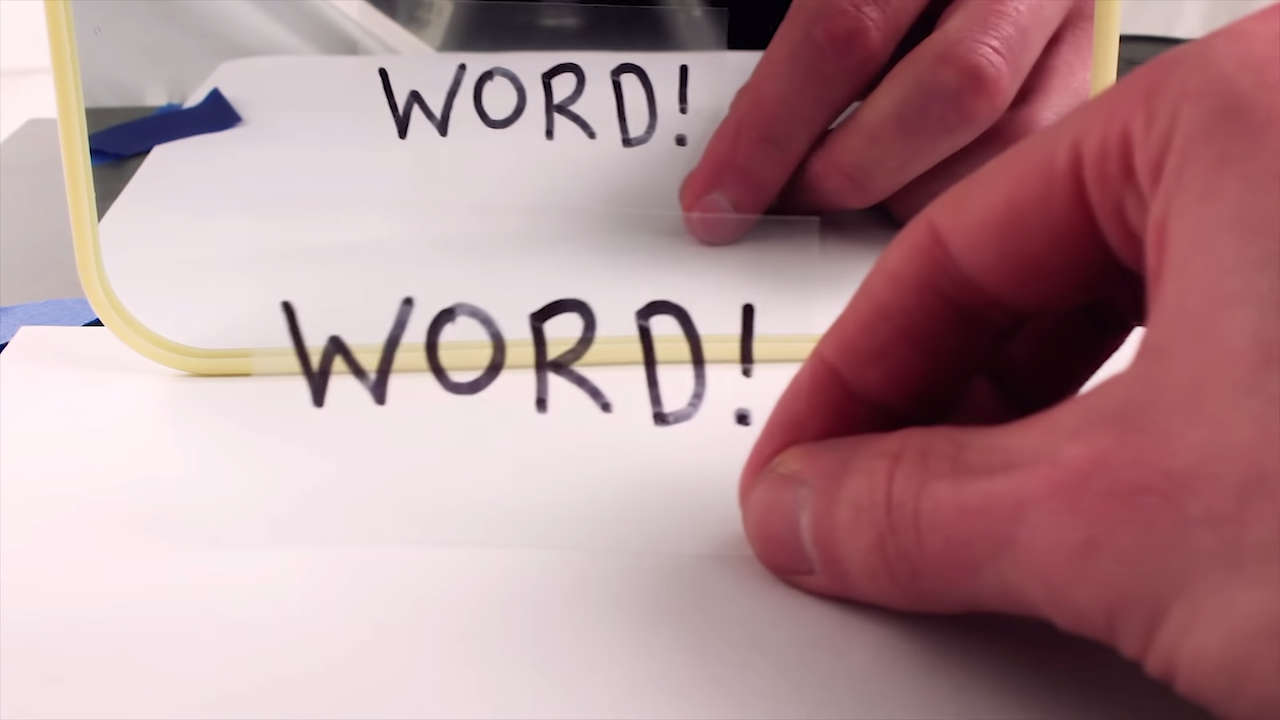 In a contemplative whiteboard animation, Minute Physics explains the manner in which a mirror reflects the image in front of it.

This video is about why words flip left & right (aka horizontally) in a mirror but not up & down (aka vertically). The answer has to do with specular reflection, mirrors being like windows into another world (alternate universes, just with in and out flipped!), and transparency of the things we write on. 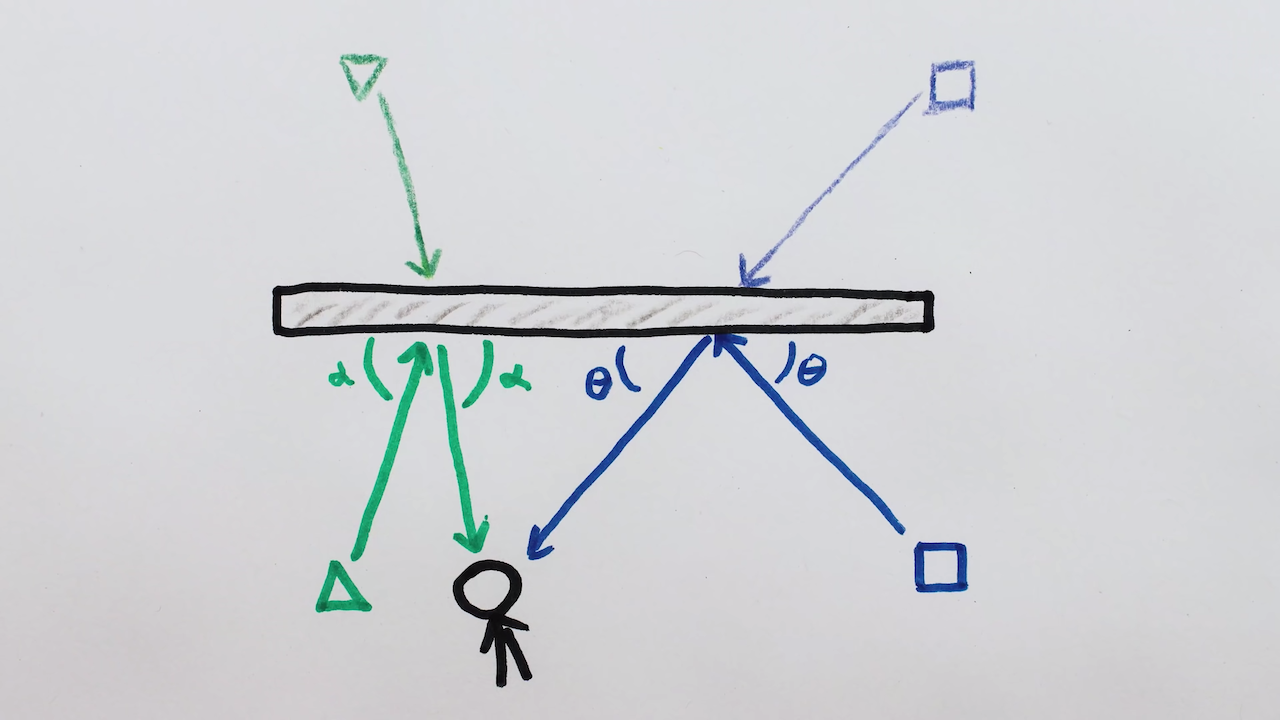 The mirror doesn’t reverse the order of letters in a word but rather light coming in at a certain again bounces back at the very same angle. This affects the depth of reflected objects, but not letter order. 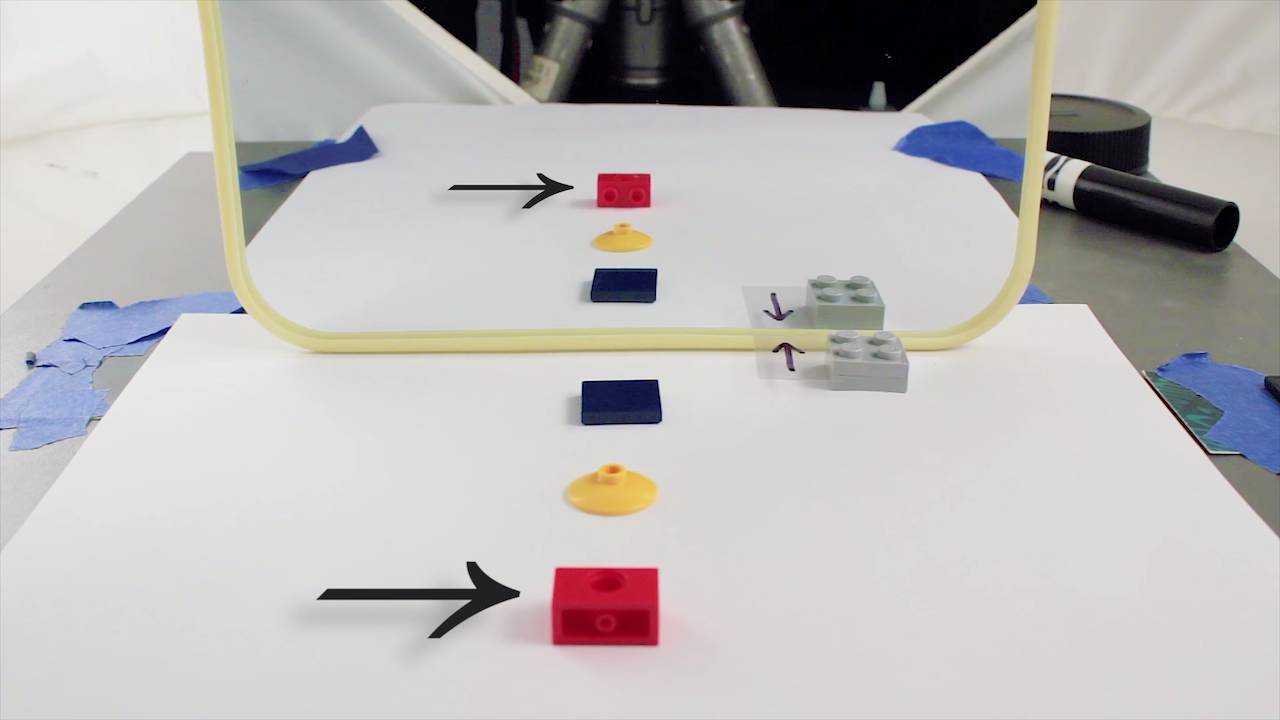 In fact, it’s not the mirror that makes a word appear backward, but how the word is presented to the mirror. Most items with the printed word are solidly opaque and need to be flipped around to be reflected in a mirror, however, if an item is written on translucent the word remains in proper order.

Mirrors flip not left and right, nor up and down, but depth – they flip in and out. …The reason words are usually flipped in mirrors isn’t because the mirrors flip them; WE flip them. Words, it turns out, tend to be printed on or attached to objects that we have to turn to face the mirror in order to see in the mirror. …Here’s the deal: if a word is flipped in a mirror, it’s probably flipped outside the mirror, too! We just don’t normally notice that the word got flipped outside because we can’t see through solid objects.

The post Why Mirrors Don’t Actually Flip the Letters in a Word first appeared on Laughing Squid.