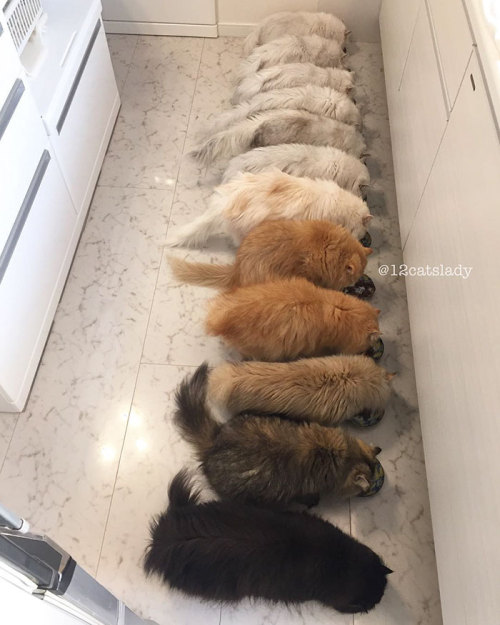 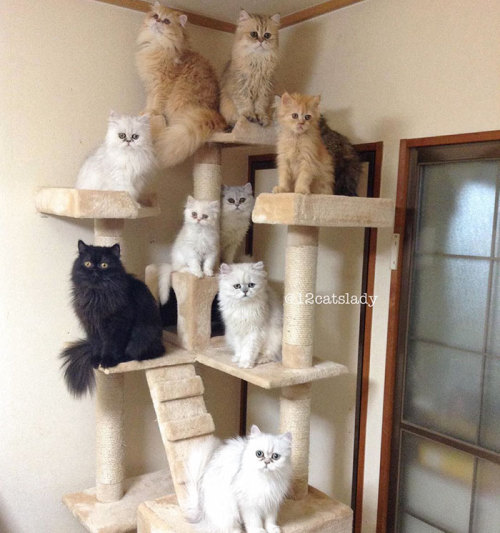 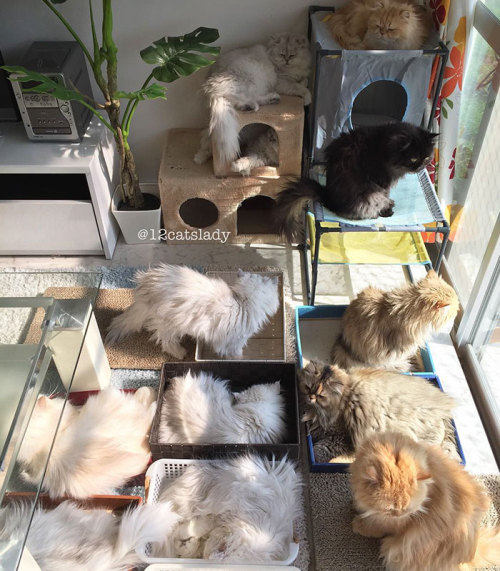 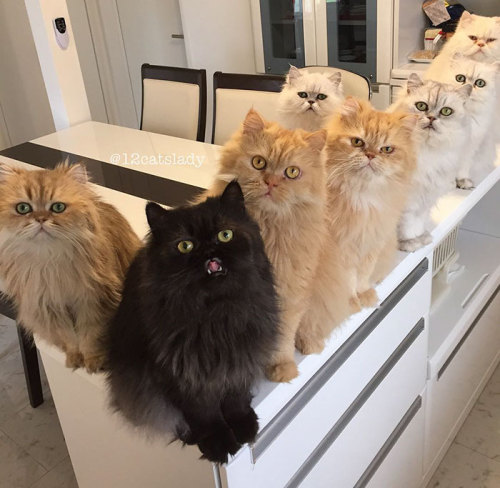 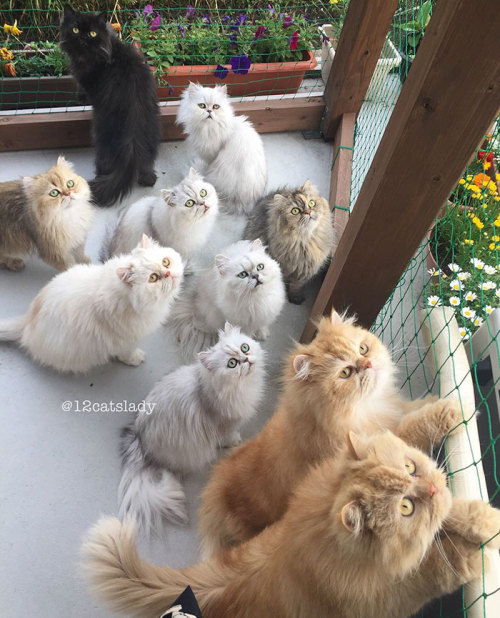 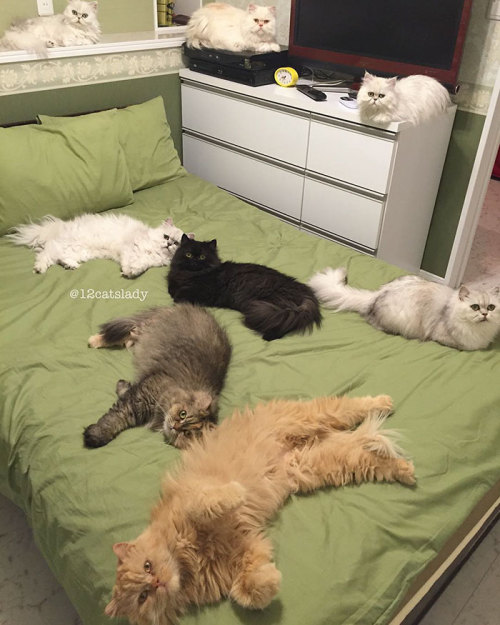 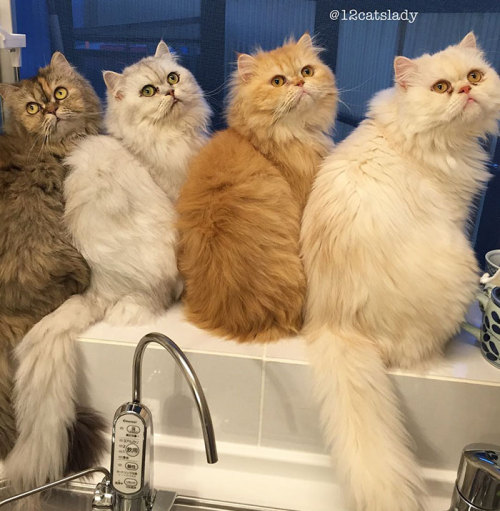 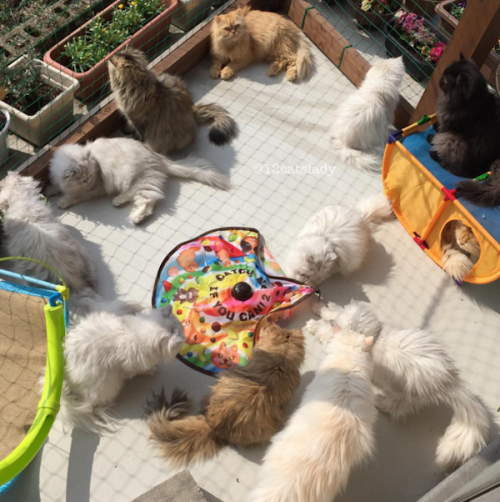 We love a Crazy Cat Lady here at the Geyser of Awesome. 12CatsLady, a self-described “full-time cat mom,” lives in Japan with 12 (count them!) fluffy and playful Chinchilla Persian cats.

So how does a person come to own a dozen kitties?

“It started when we met our first cat, Yuki, on December 30, 2010. We took her home after rescuing her in the middle of the road where we found her dirty and freezing. After a while we decided to adopt one more and looked for the same breed on an adoption site — but we actually saw two chinchilla Persians and couldn’t decide between them, so we adopted them both.”

So that’s three cats. Then those cats had kittens and that’s how 3 became 12. But don’t worry, the entire feline dozen has since been spayed and neutered. Their names are Yuki, Momo, Shou, Yuri, Bruce, Blackie, Kaya, Karu, Ai, James, Tiger, and Goodie. They’re all clearly well loved and doted on and even have their own enclosed catio:

Follow 12CatsLady on Instagram for many more photos and videos of this awesome clowder of feline floofs.

[via Bored Panda and Catster]