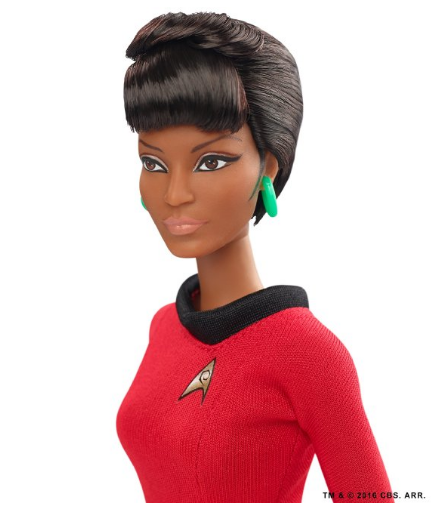 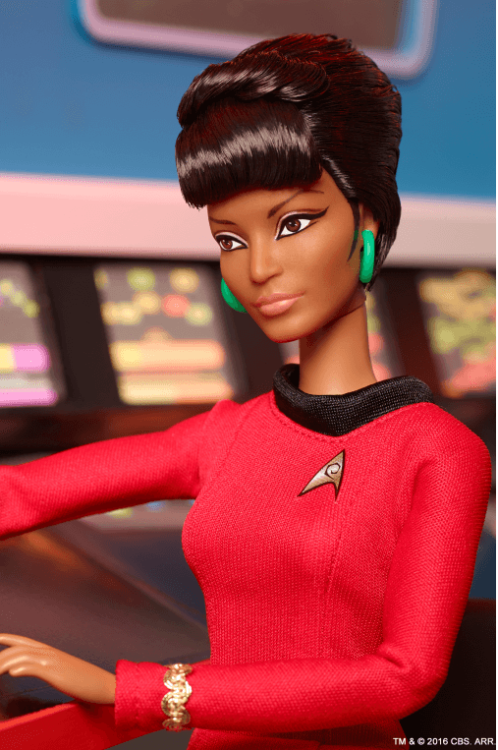 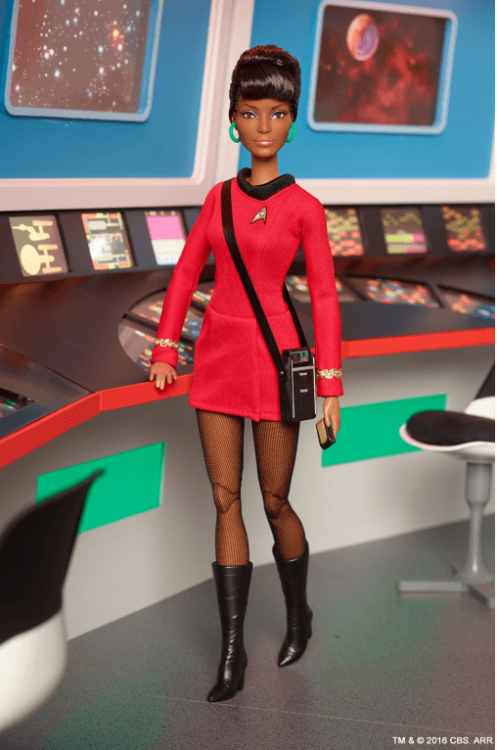 We just discovered that Nichelle Nichols, aka Star Trek’s Lieutenant Uhura and one of the most awesome people around, now has her very own Barbie! The Uhura Star Trek doll was recently released as part of the celebration of the 50th anniversary of the Star Trek franchise.

Barbie Uhura is dressed in her original red Federation uniform and comes with a communicator, which she can hold her hand, and a tricorder with a shoulder strap.

And we can all order her here.