There is definitely something to be said for job satisfaction. Knowing you do a job well and performing your tasks to the best of your ability is one of life’s most affirming feelings. The sense of belonging and security that loving your job brings is invaluable to living a fulfilling and healthy life.

In this fast-moving, ever-changing modern world, the concept of a lifetime’s employment in one workplace is an increasingly outdated one. Millennials tend to move jobs far more regularity than their older counterparts, and the notion of a prospective employee having moved around different several different jobs is not necessarily as undesirable as it once was. 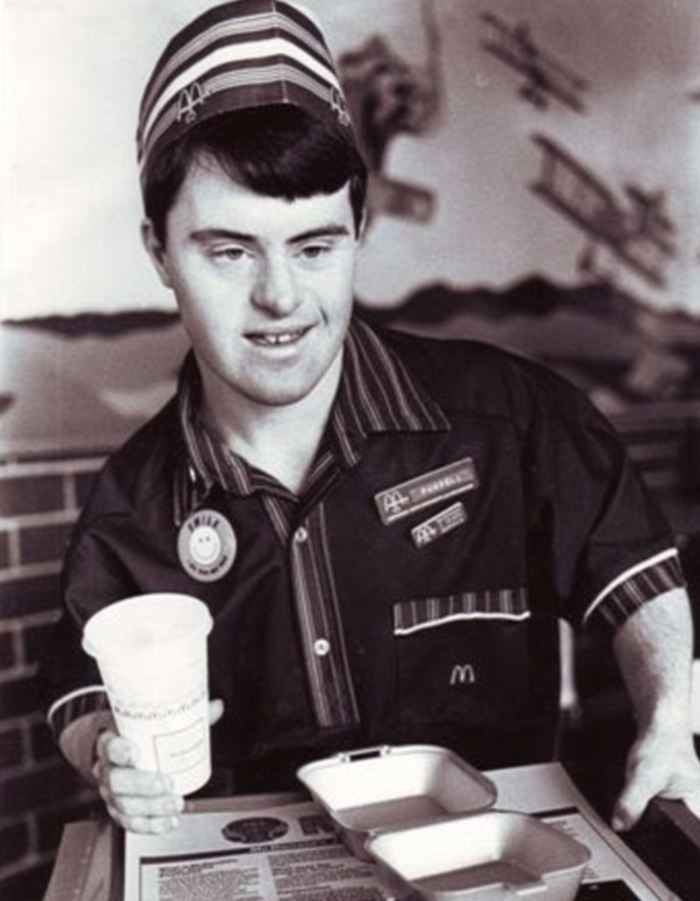 Sometimes though, employee and employer are simply a match made in heaven, and it seems that for Russell O’Grady, the perfect match was made when he was just 18-years-old. More than 30 years later, he still plies his trade in the same place. O’Grady was given his job at McDonald’s way back in 1986 and over the 30 plus years that have followed has become a legend and much-loved personality in the local community of Northmead, Sydney West.

The post This McDonald’s Worker With Down Syndrome Is Celebrating 30 Years On The Job appeared first on Viral Thread.