When people find out that I was in the 2015 Nepal earthquake, they get excited. They can’t help it. “What’s being in an earthquake like?” they ask, their eyes widening with anticipation. They’re about to hear an epic, action-packed, tragic, tale fit for a blockbuster, right?

My experience of being in a earthquake was both dramatic and, at the same time, completely and utterly insignificant in the grand scheme of things. The very first thing I should make crystal clear is that I got off extraordinarily light compared to 99 per cent of the local people.

The actual earthquake was very much like the scenes you see in movies. The only way I can describe it is feeling a sudden wave of illness coming over you and not knowing why – turning to your friend and telling her you might vomit, but realising that you’re not sick, you’re just in the middle of a natural disaster. 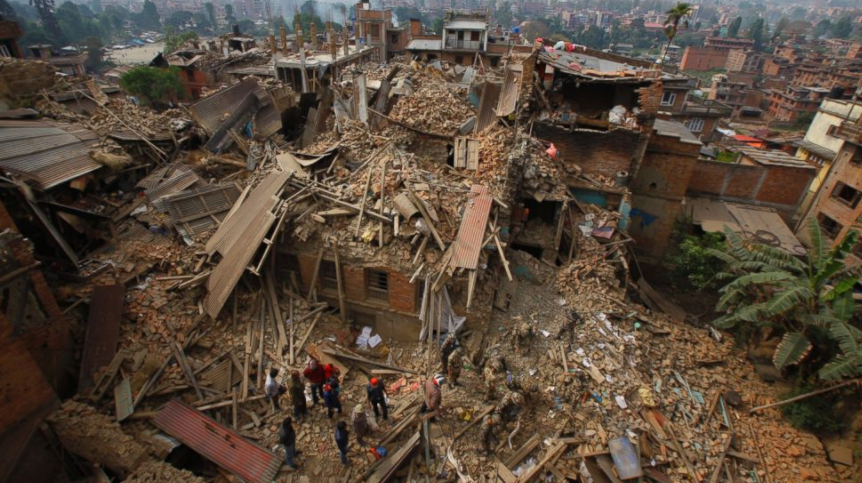 My friend and I clutched each other tightly, on knife-edge and not quite believing what was happening. We stared around in amazement as the ground moved beneath our feet, in a surreal moment I’ll never be able to really describe. The 60 seconds the quake lasted are all a bit of a blur but I do remember bricks falling, cracks appearing in the pavement and a woman losing her footing and falling to the ground.

I distinctly recall that silence fell for about a second when the ground finally stopped trembling. Then people ran as fast as humanly possible down the street, searching for shelter from the inevitable aftershocks.

Whenever I mention that I was there, people’s gut-reaction is to ask about the actual earthquake. Although the noteworthy part to me was the aftermath. 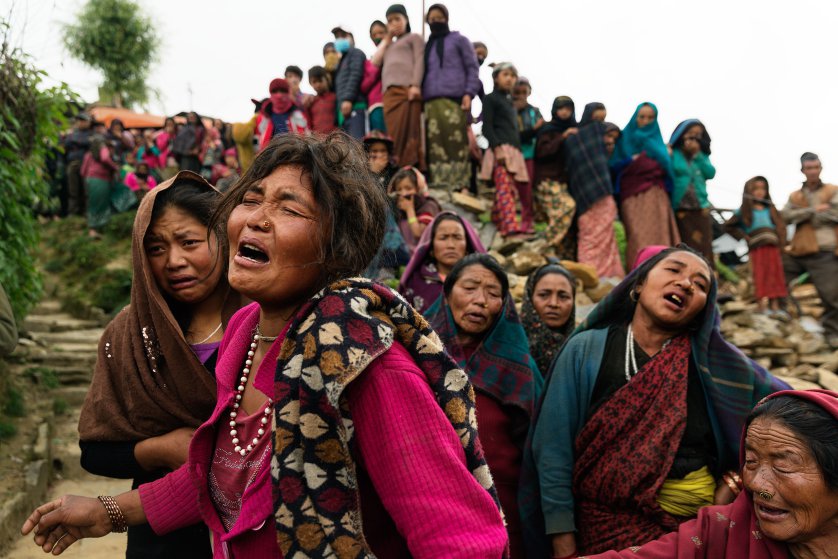 One of the weirdest things was discovering what happened to the rest of the country. When you’re in the middle of something, you only see what’s right in front of you. We all knew what we had seen, and it was only when frantic calls from terrified relatives came through that we understood the magnitude of the earthquake. Almost 9,000 people dead. One million homes destroyed. Complete and utter devastation.

Another thing I remember clearly is the rumours after the quake. The worst I heard was that another earthquake was about to hit at any moment. While the original quake was 7.8 on the moment magnitude scale, this rumoured follow-up was sure be an 8.5, which would have set into motion a catastrophic chain of events. The second earthquake was apparently going to trigger the eruption of a volcano which would kill us all. Cue complete and utter hysteria. It’s worth remembering that there are no volcanos in Nepal.

The earthquake camps were frayed by tension and lack of sleep. Every slight movement was accompanied by a tight feeling in everyone’s chests. The electricity and water were both cut off, and a foul stench began to taint the air. Aftershocks, no matter how large or small, caused widespread terror and prompted sporadic outbreaks of prayer from the religious. 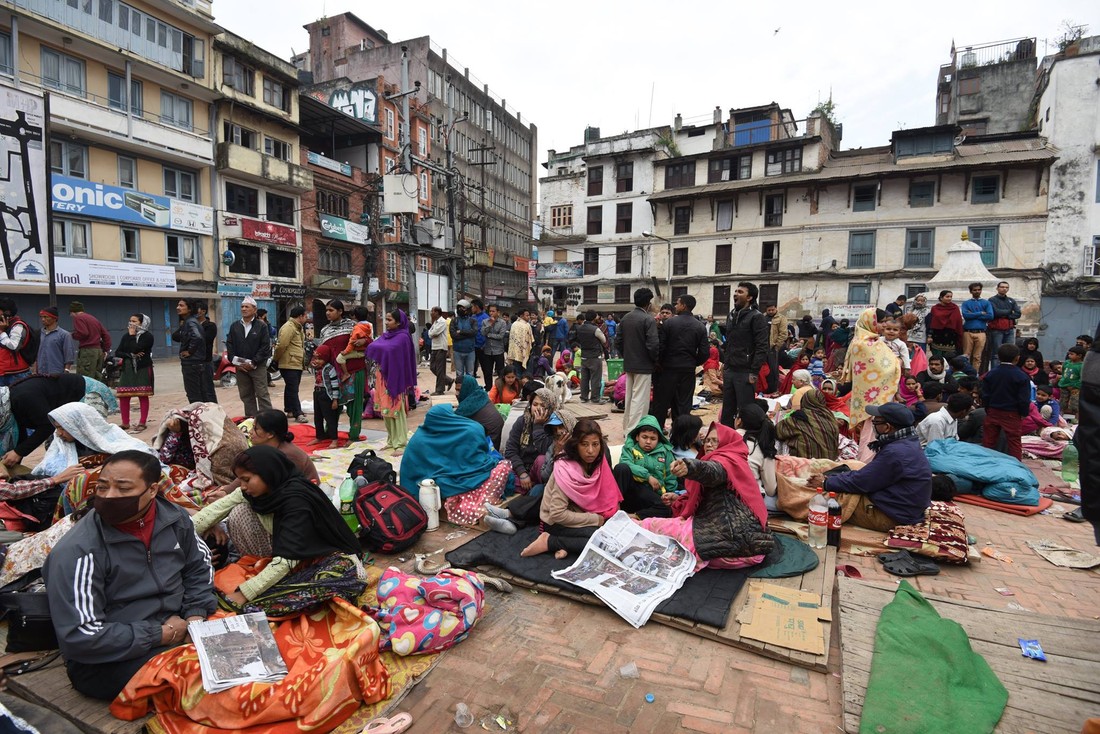 The days were endlessly long, sat waiting for something to happen. Rebuilding couldn’t start until the aftershocks had subsided, so there was nothing to do but get through the day and help in any way possible. But for all that you imagine an earthquake to be, the main part of it for a lot of people is just waiting.

From my experience, I saw no evidence of help in the camps, and it came as little surprise that Nepalese government officials were slammed for their inefficiency in providing aid. Where I was, no water was supplied, there was no sign of food, and sanitation was practically non-existent. Nepal was in no way prepared for the tragedy that befell them. I was in the capital city where aid was reportedly sent first. I can only image the conditions in the tiny villages that were completely desecrated.

The saddest part of it all for me is that my earthquake experience fits neatly into one article. The Nepali people are still living it. My memories are only the smallest pinprick of the horror story many of them are still living today. 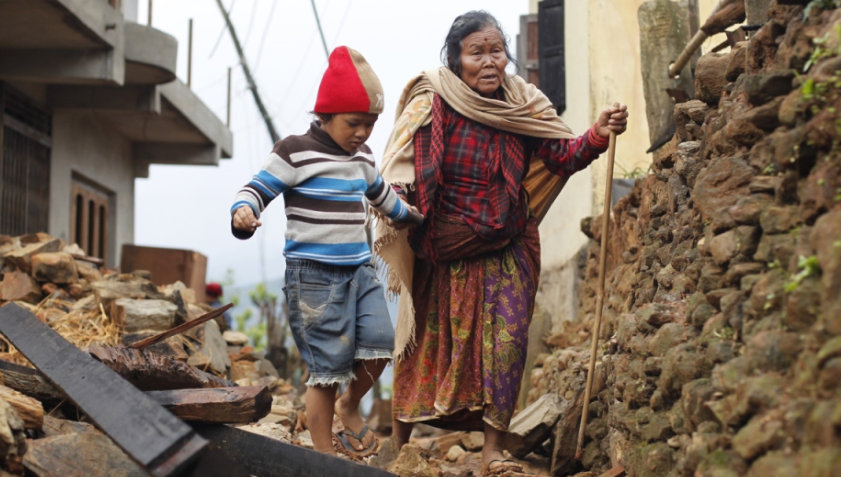 According to The Himalayan Times, out of the one million houses destroyed, only 41,000 have been rebuilt. There are an estimated two million Nepalese people still living in temporary accommodation. Camps are gradually being torn down with no alternative living options provided.

Despite the generous aid that was sent from abroad, the Nepalese were forced to pull themselves out of the rubble and get back to normal life. It’s nonsensical that I, a foreigner who was only marginally affected by the earthquake, was better protected in their own country than they were.

The problem is that there are so many disasters around the world, it’s very hard to help everyone. But at the very least, on the second anniversary of the earthquake, we should show the Nepalese people that they’re not as alone as they might think.

The post This Is What It Was Like To Be In The Nepal Earthquake appeared first on Viral Thread.