My name is Valerio, and I am a San Francisco based 3D capture artist. If you are not familiar with what photogrammetry is, you will be after reading through this story. In a nutshell, it involves recording real-life spaces and elements in 3D.

Most recently, I got involved in the development of the first-ever cloud-based free photogrammetry app called Display.land. The app lets you record a video of your subject, then all the processing happens in the cloud, and you get a notification when the 3D model is ready to view, edit, and share. In other words, this allows you to become a photogrammetrist by just using your phone, think of it being like a Google Earth 3D view that you have complete control over, and that sits in your pocket.

I recently had one of my many captures of a graffiti-covered skatepark, made with Display.land, go viral on Reddit, and it got a lot of love from the community as well as a lot of curious people asking all sorts of questions. I wanted to share it with you here, along with many more captures. Check out the links below to see them in full 3D or learn more. Enjoy!

Found this skate park in San Francisco and 3D scanned it!

Here’s an in-depth look at the scan:

What’s a 3D capture, you ask? Let me explain:

A capture, often referred to as a 3D scan, is a realistic and highly detailed digital copy of a real place/objects/person (or anything you can think of) created by combining a series of overlapping photos.

With many unique camera angles (images) and sufficient overlap between them, a capture artist can use specialized photogrammetry software to generate a digital replica of a real-life subject. 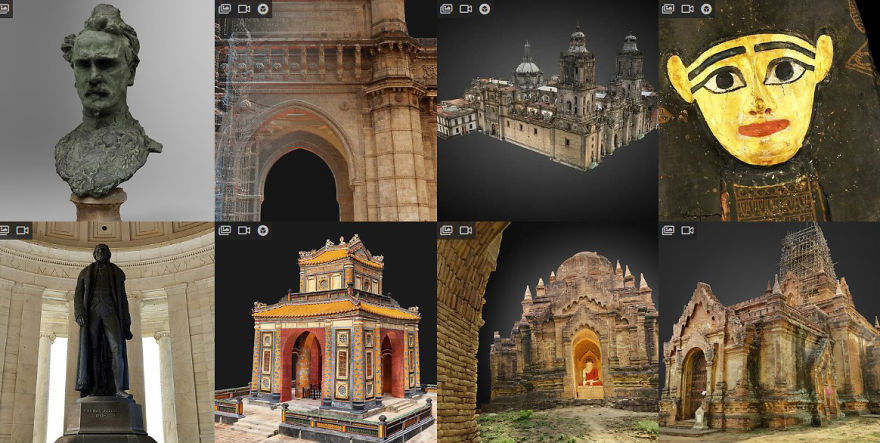 After moving from Rome to San Francisco to study Animation and Visual Effects, I joined forces with Oakland based non-profit CyArk to document global heritage at risk digitally. (From factors including natural disasters, human destruction, and climate change). You can see some of the work in this Portfolio.

I owned my Photogrammetry skills by operating high-resolution digital cameras and drones on large-scale projects, and by rigorously collecting and processing thousands of pictures by hand. My Photogrammetry mantra quickly became “less is more.” 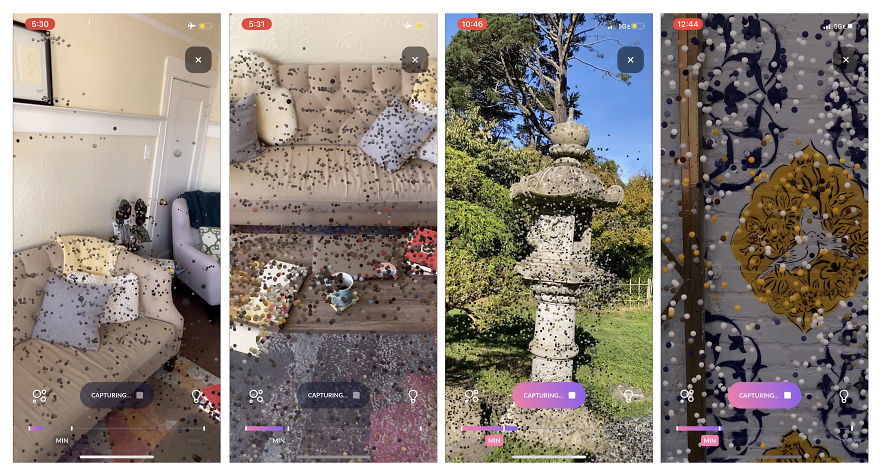 The dots you see here are markers that appear while you record your 3D spaces.

Half the Colosseum captured using Display.land on iPhone 11 Pro

With the recent advancements in AR technology and high-resolution cell-phone cameras, Photogrammetry is becoming far more accessible to a wide range of creators, and the 3D revolution is just around the corner!

You can capture people too, they just need to stay still for a second

Capturing and documenting dinosaurs because who doesn’t love them? 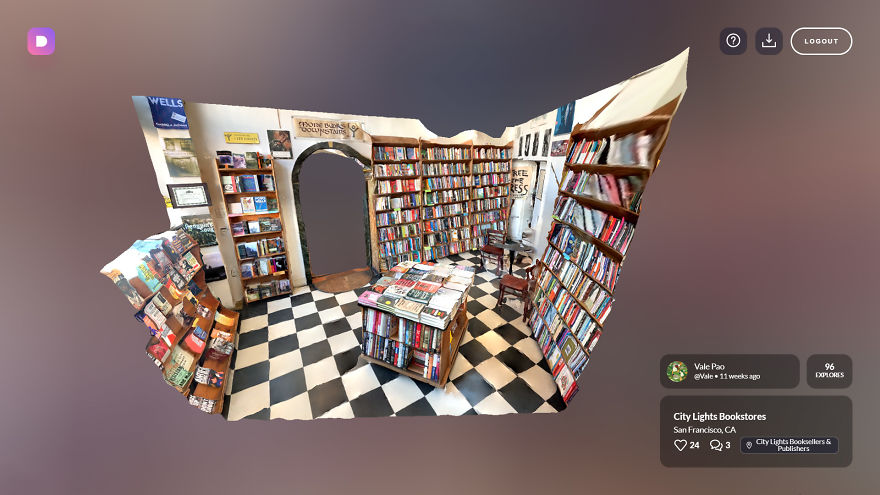 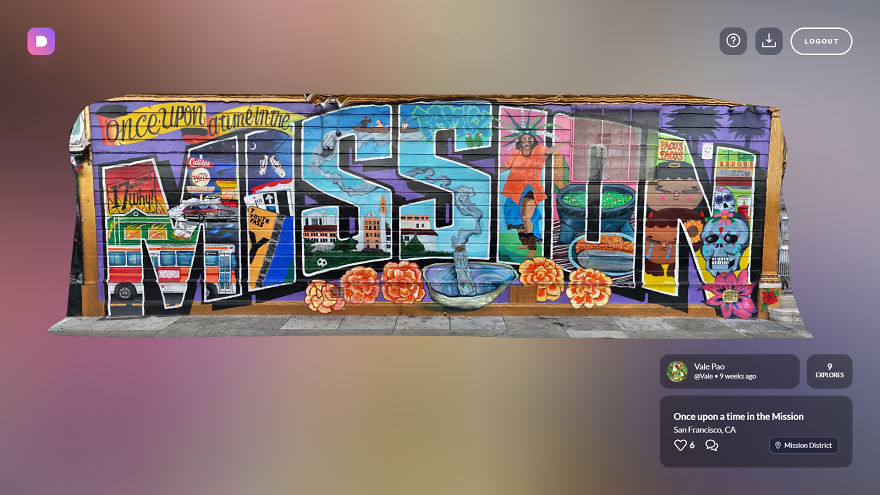 This incredible building in San Francisco came out beautifully! 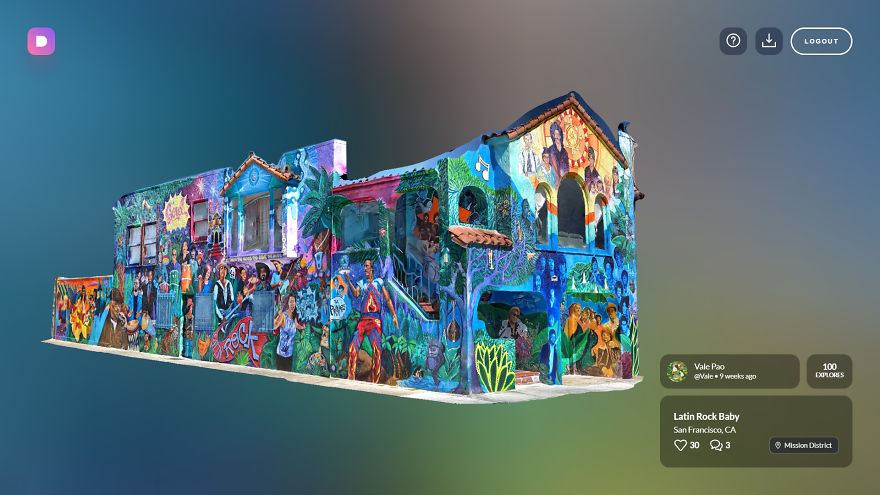 This cool tagged truck was asking to get mapped

What I love about Display.land is that it strips the rigor and complexity out of the traditional process to leave room to a more creative and free-form kind of photogrammetry.

The creativity is expressed through your subject choice, and skills by your ability to record a perfect video of it. There are several stylistic decisions that you can make regarding lighting, set dressing, and final presentation of your 3D models.

Artsy van that I had to capture

Capturing with Display.land feels like a mix of street photography, photogrammetry, and videography. If you also happen to be a skilled 3D artist, you can download your Display.land captures to edit them within your favorite 3D software. I used Autodesk Maya and Photoshop to create and highlight some of these graphics.

“Gypsum Series” close up in Italy 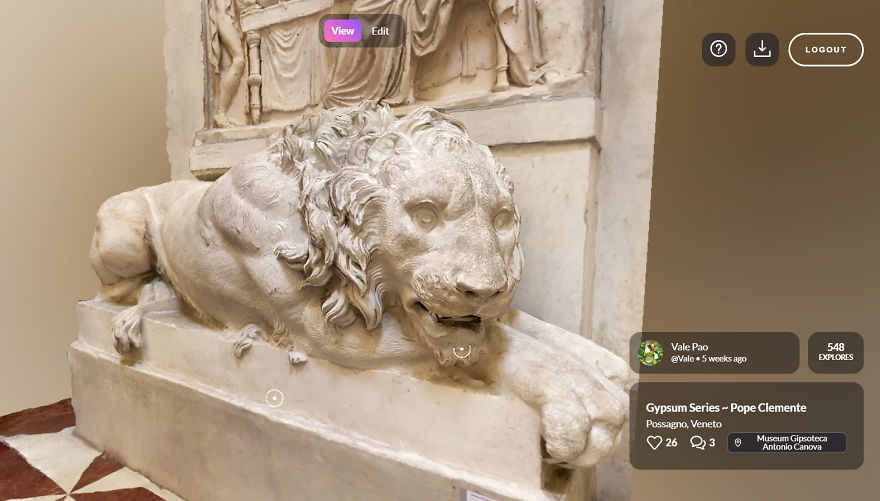 “Remember Them” Champions for Humanity by Mario Chiodo in Oakland, California 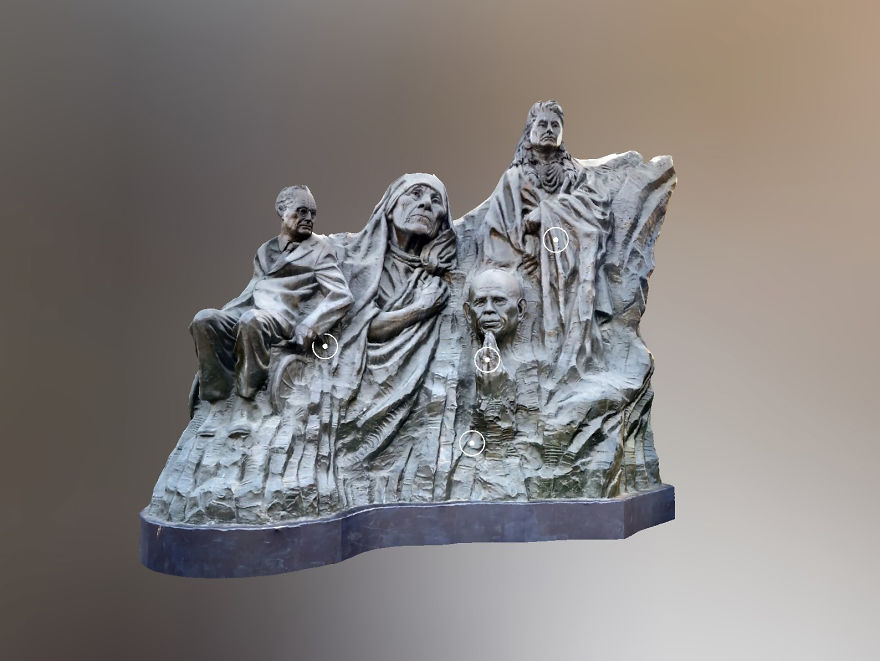 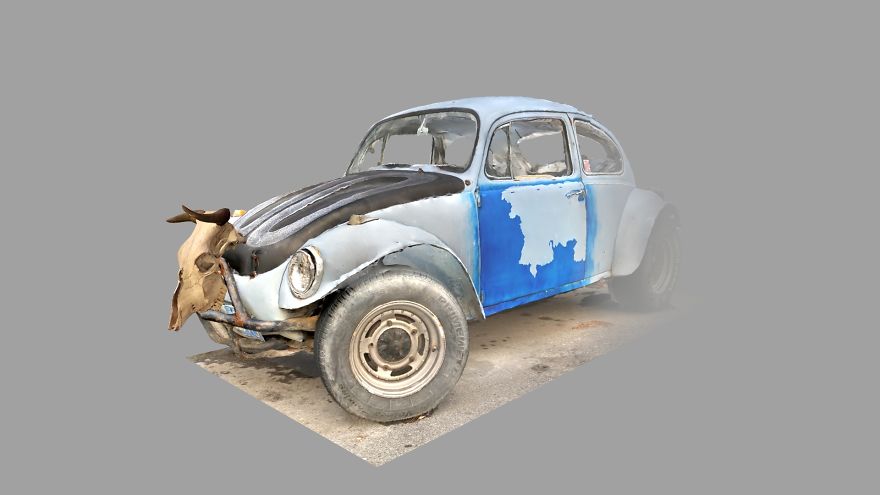 Mixing is one of the many upcoming features. You can download your captures as 3D meshes and, of course, use them freely for anything you want, from video games development to 3D printing and more.

Give it a try when you get a chance!

Some 3D captures are object-like, while others are full-blown massive 3D environments fully explorable in Virtual Reality. All are true-to-size thanks to the AR technology built into modern smartphones that Display.land takes advantage of.

All you need to do is open the app on your phone and start a new capture, then walk around the subject and cover as many angles and viewpoints as you possibly can. Simply walking around and filming the subject while the onscreen “capture” meter fills up and lets you know how you’re doing.