We’ve all been there. Every single one of us finds ourselves stuck in a conversation that we weren’t that into in the first place. All you want to do is end it, move on with your life and escape the seemingly endless cycle of a conversation you’d just rather not have got involved in.

Ideally, though, you’d like to do this without offending your conversational counterpart too much. Simply telling them that the conversation is boring you to sleep and that you’d rather watch paint dry than spend another minute on it is far too harsh to be socially acceptable. 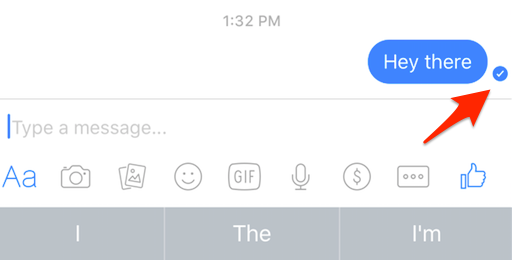 There are innumerable reasons for wanting to avoid someone officially knowing that you have read their message – maybe you don’t want to appear too keen to a crush, possibly you’d like to end a boring conversation with a distant relative with whom you have practically nothing in common. Whatever the reason, I am willing to bet that there has been more than one occasion that you’ve wished there was a way to read a message without the other person being made aware of it. Allow me to tell you how.

The post There’s A Way You Can Avoid Read Receipts On Facebook Messenger appeared first on Viral Thread.