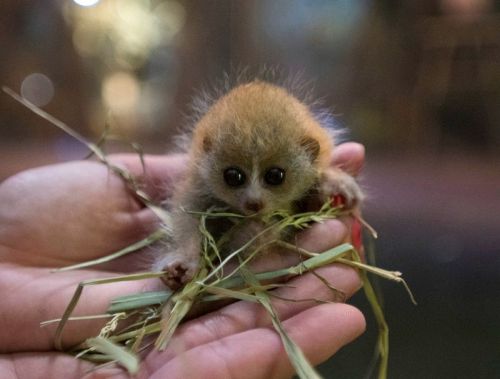 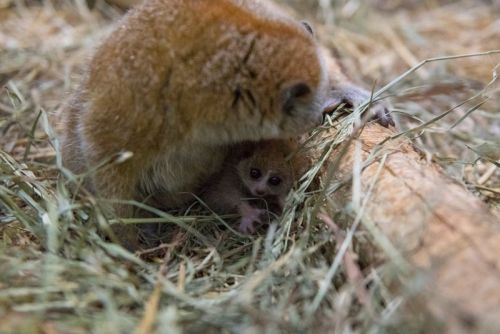 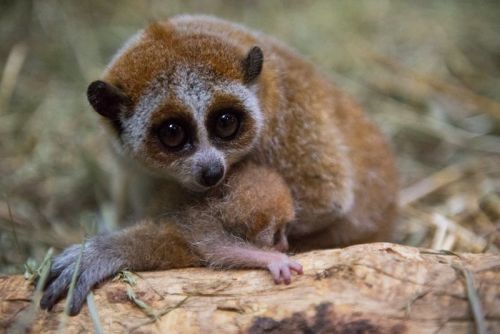 The Pygmy Slow Loris is such an impressively small creature that each one is already an automatic member of the Department of Teeny-weeny Wonders. Belonging to a group of primates call Prosimians, the pygmy slow loris is native to southeast Asia. They’re nocturnal, live in trees, and the adults weigh about one pound and grow to no more than 7.5 to 9 inches long.

But today we learned what their itty-bitty babies look like, which is basically a perfect miniature version of the grown-ups, fully-developed and eyes open. Here’s the awesome new arrival who was just born at the Columbus Zoo:

Newborn pygmy slow lorises are so very small that the Department of Miniature Marvels is going to have to open a new subdepartment for things that are 100% real, but so small we can’t shake the suspicion that we still must’ve imagined them.

Bonus awesome points go to the proud parents of this furry little munchkin, because their names are Gouda and Muenster. That’s right, they aren’t just small and exceptionally cute, they’re also named after cheeses.

Head over to Zoo Borns to learn even more about these amazing primates.