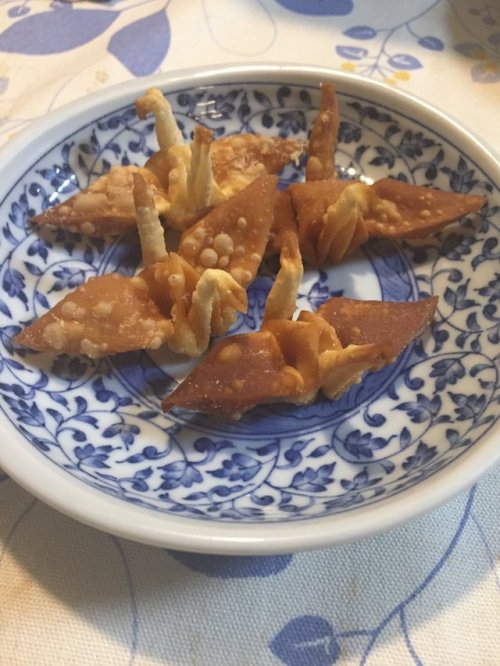 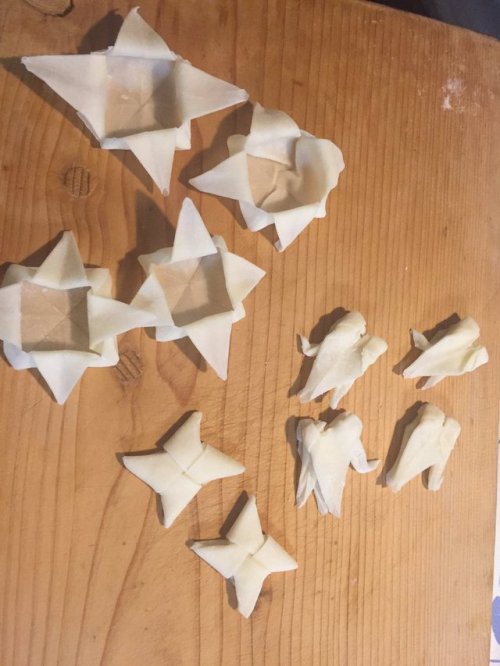 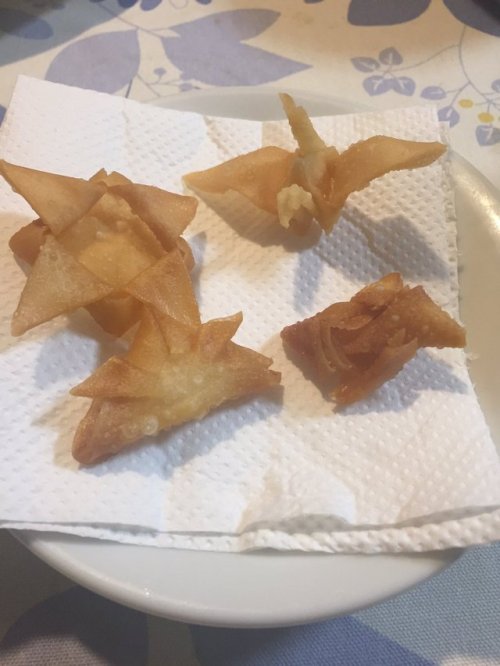 The only thing better than finely folded origami is origami that you can eat. These awesome deep fried origami cranes, boxes, samurai helmets, and shuriken were made using leftover wonton skins by Japanese Twitter user @key_daisuki’s clever chef father.

After sharing these creative treats on Twitter other cooks were inspired to give edible origami a try. @grandmariu made these wonton skin helmets stuffed with edamame soy beans, ham, cheese, imitation crab, onion, white sauce, and veggies: