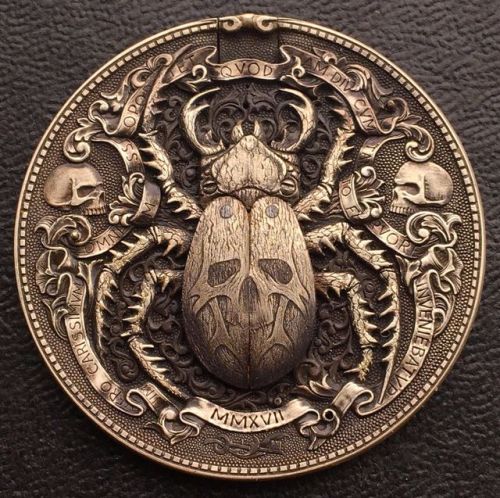 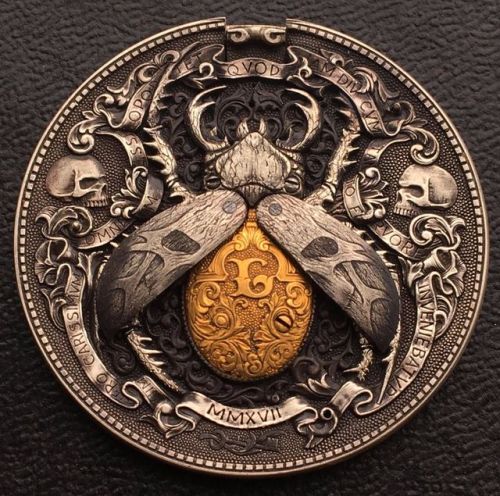 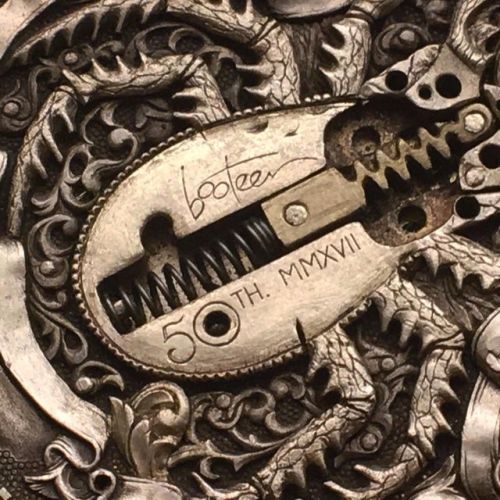 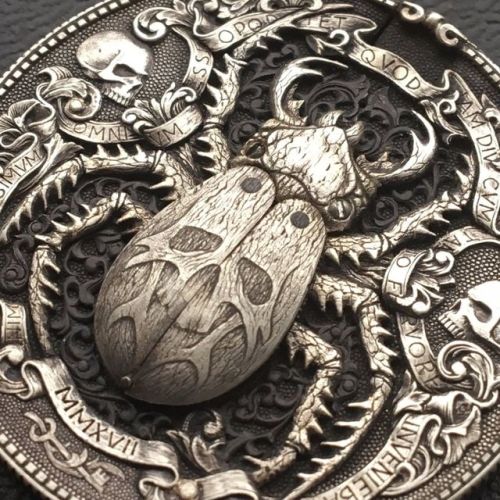 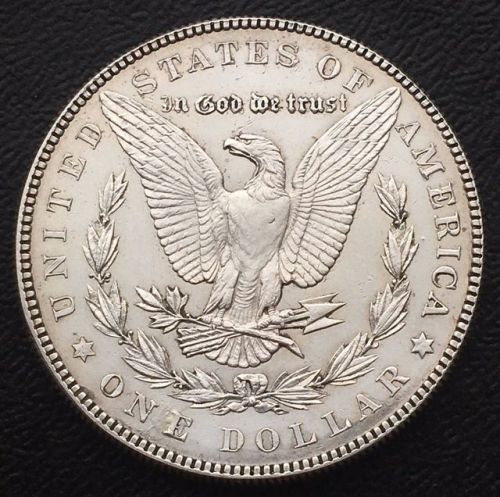 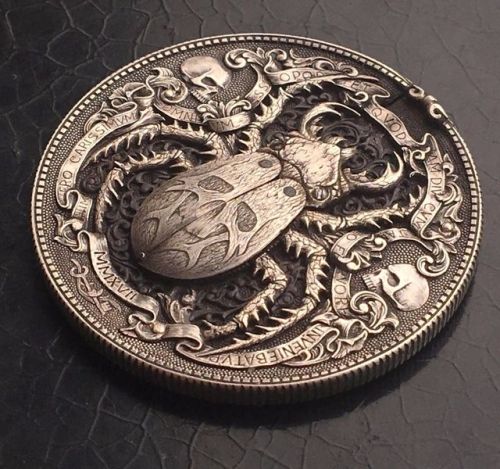 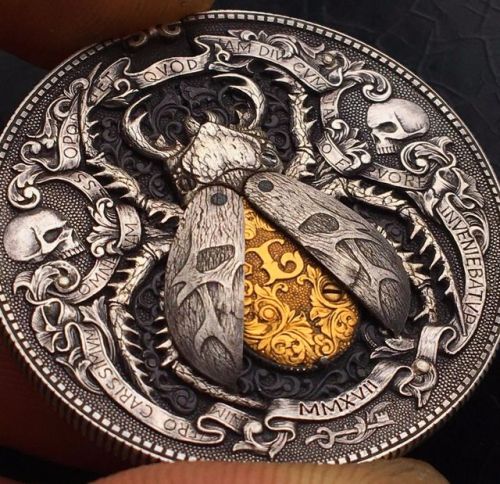 Inspired by “The Gold-Bug” by Edgar Allan Poe, this elaborate hobo nickel features a beetle with ornate wings that open to reveal a 22k gold body.

Framed by elaborate florals, ribbons, and skulls, the Latin script roughly translates to: “The most expensive should be something that was sought longer and intensively than others.” Booteen explains that the coin is a “symbol of treasure hunting,” which is the theme in Poe’s story. The letter “L” on the bug’s body means “50” in Latin, which signifies Booten’s 50th coin carving.

Booteen’s Gold Bug is currently being auctioned via Ebay. If you’ve got at least $5000 to spend, it could be yours.

[via My Modern Met]