People working in medical professions have a lot on their plate. They have to contend with long work hours, emotionally and physically exhausting labour, and a constant stream of patients who rely on them for help. It’s a difficult job no matter what way you slice it, and they often go unappreciated.

The statistics speak for themselves; in the UK, one in four junior doctors are so tired, they fall asleep at the wheel: that’s 41 percent of 1,100 junior doctors. These levels of tiredness are dangerous, and don’t just impact the doctors themselves. If a medical professional is tired then it follows that the level of care given to their patients will also suffer. 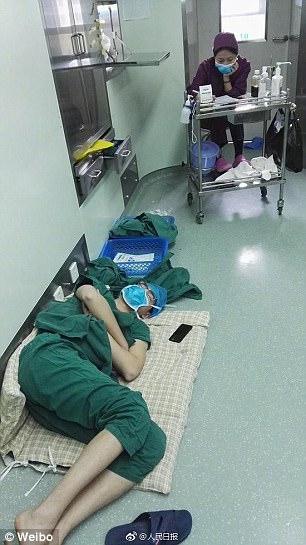 It’s not just doctors in the UK who are facing exhaustion due to long hours. It seems like this chronic overwork is a global issue. For example, this week in China, a photograph of a sleeping surgeon has made its way around the Asian social media site, Weibo: providing us with a stark reminder of the perils of overworked doctors and understaffed hospitals.

The post Surgeon Dubbed A Hero After Picture Of Him Sleeping On The Hospital Floor Goes Viral appeared first on Viral Thread.