Women will probably find this weird, but most men, especially during adolescence, have drawn a phallus on something for fun. Nobody really knows why this happens, but scrawling penises on jotters is a common experience in any high school. Even in the ashen ruins of ancient Pompeii, archeologists have found penises etched on the walls by bawdy Romans along with other lewd graffiti.

Most men will grow out of this Freudian form of artistic expression by the time they reach adulthood, but that doesn’t make the phenomenon any less weird. Where does this compulsion come from? Is it just because the male member is an inherently funny shape? Or is there a deeper and even more primal explanation? 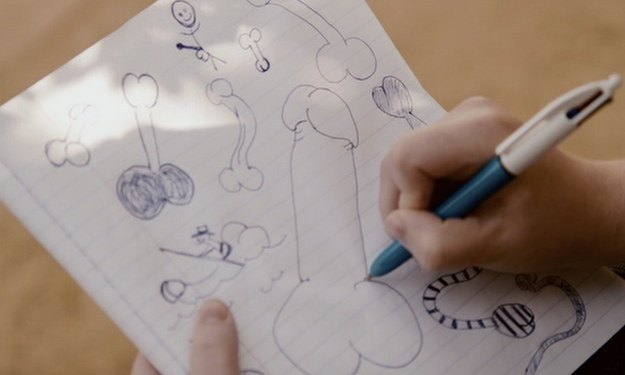 The majority of men would probably draw the line at scribbling this kind of graffiti on live television, especially pre-watershed. But when you’ve been given a dare, or are simply unaware, you’re capable of drawing any kind of dirty doodle for your captive audience, as this next clip proves.

Hungarian NHL sports show Trash Talk shocked viewers at home with a very… suggestive post-game analysis, when one hockey pundit ended up drawing what was unmistakably a penis on the screen. Certainly lends a new meaning to the phrase: “he shoots; he scores.”

The post Sports Pundit Accidentally Draws A Penis On Live TV Whilst Analysing Game, Everyone Loves It appeared first on Viral Thread.