The internet is full of heartwarming videos of dads styling their daughter’s hair as it’s an emotionally bonding experience for both parties. Sony Pictures just released an adorable and emotional six-minute animated short, written by former NFL player Matthew A. Cherry, which talks just about that. The film named ‘Hair Love’ tells the sweet story of an African-American dad learning to style his daughter’s hair for the first time. 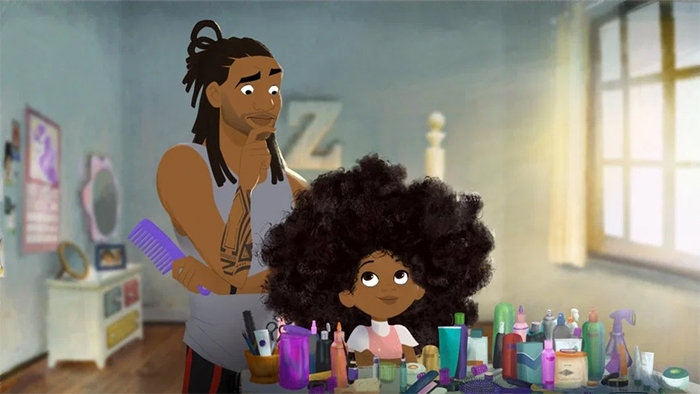 It is written by Matthew A. Cherry, a former NFL wide receiver. This summer, he told the media: “I wanted to see a young black family in the animated world.” So, he decided to create the animation himself.

It is based on the book with the same title 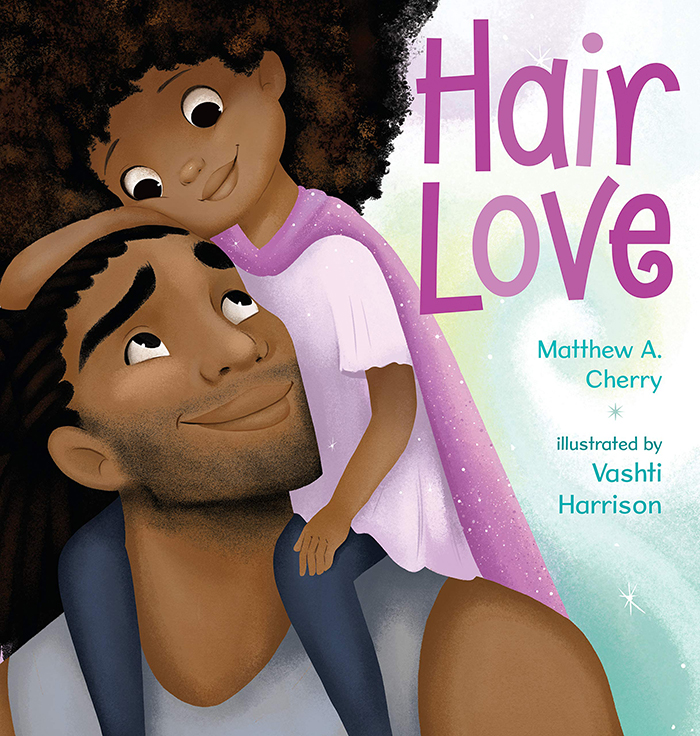 The adorable animation is based on Matthew A. Cherry’s children’s book of the same title, which was published back in May. It originally aired in movie theaters this summer before “Angry Birds 2”, but now the creators shared it online for everyone to see.

That was written by a former NFL player named Matthew A. Cherry 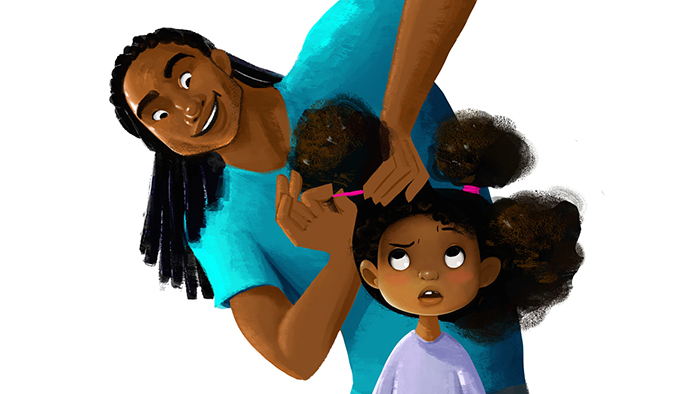 The athlete-turned-moviemaker created a Kickstarter campaign to fund his film that raised more than $284,000. One of the fundraisers was actually a veteran writer and director Bruce Smith, who wound up collaborating on the film with Matthew and Pixar animator Everett Downing Jr. (a man who worked on “Brave” and “Up”).

The full video was shared online to watch for free 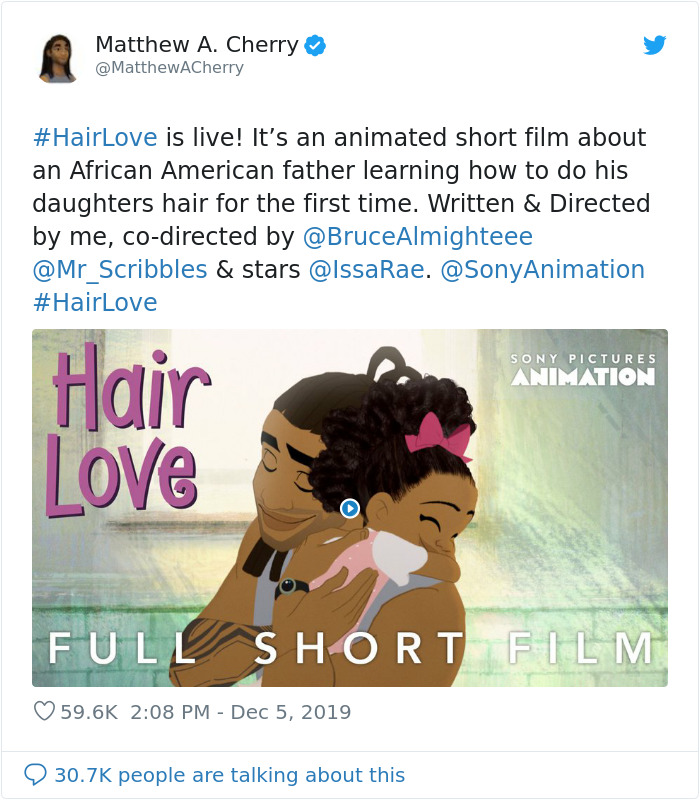 The film, which shows a beautiful father and daughter relationship, captures Zuri’s (the daughter’s) frustration with styling her own hair and that’s where her caring dad steps in.

Watch the beautiful animation below 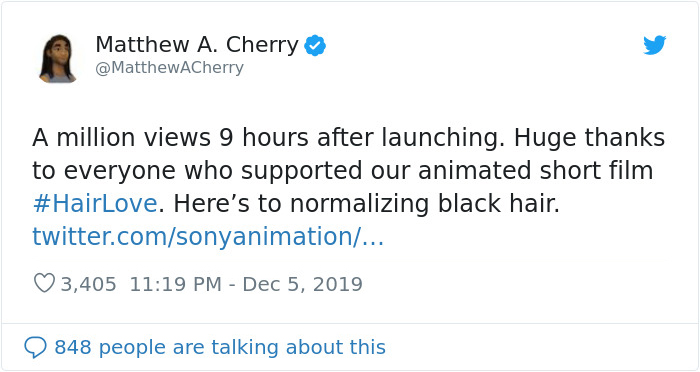 Many found the short film touching and could relate to it 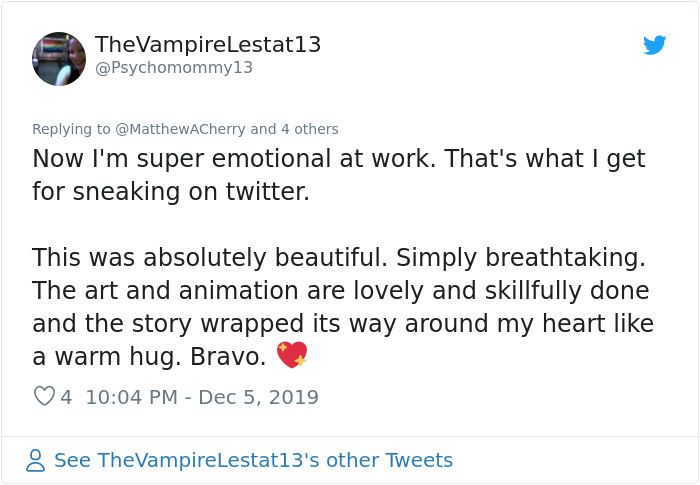 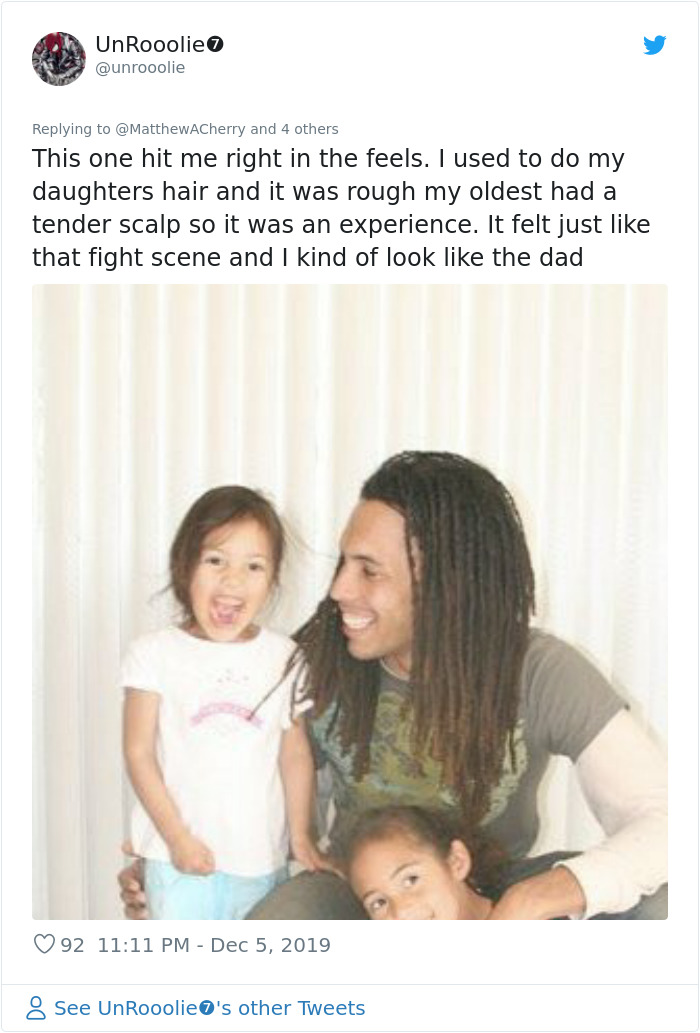 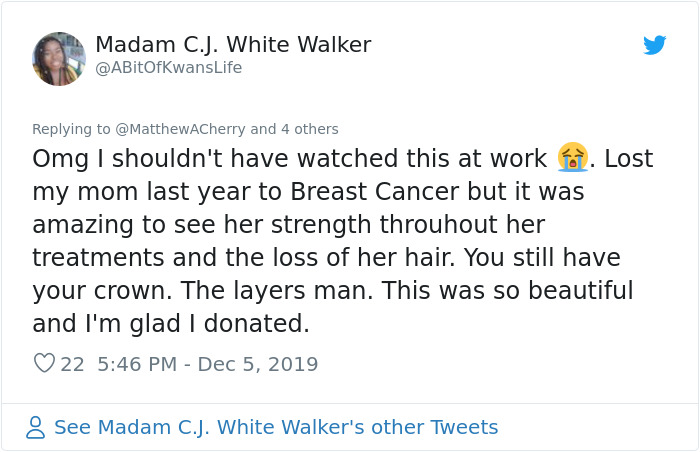 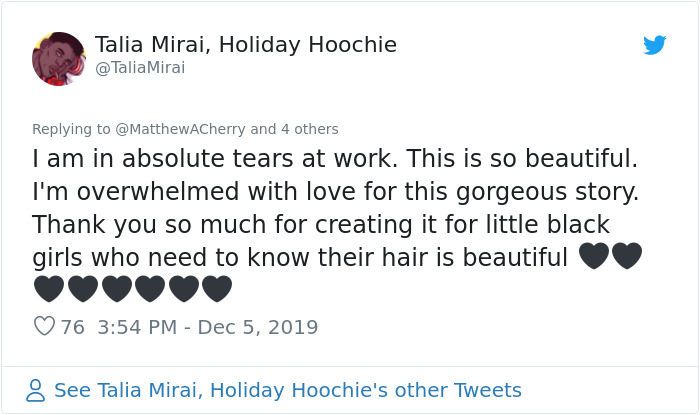