The notoriously visible platform has decided to expand their reach outside of adult film and obnoxious April Fool’s pranks with an all-new app called TrickPicks. The app is designed to assist you in sending “safe for work” nudes–if such a thing could ever exist.

How does one send a SFW photo without any clothes on, you might ask?

TrickPicks provides its users with a variety of graphic animations with which to censor their more sensitive areas.

For men, these animations could be anything from a “trouser snake” to JT’s classic “dick-in-a-box.” 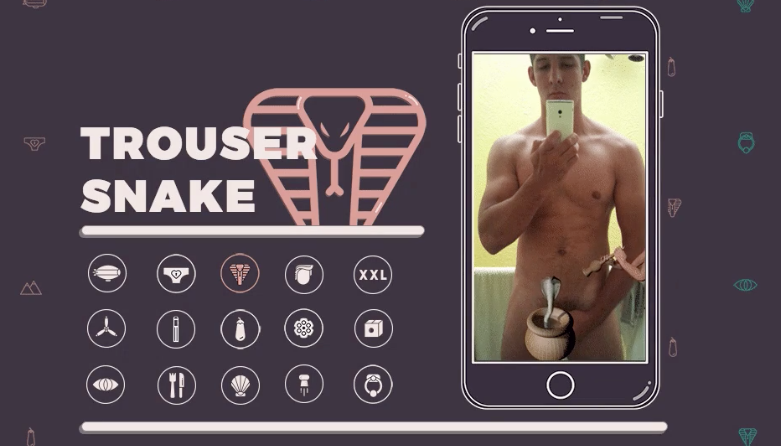 Women have options such as  “bigguns” and “knock knockers” for their upstairs parts, and “Instaclam” or “my precious” for the downstairs. 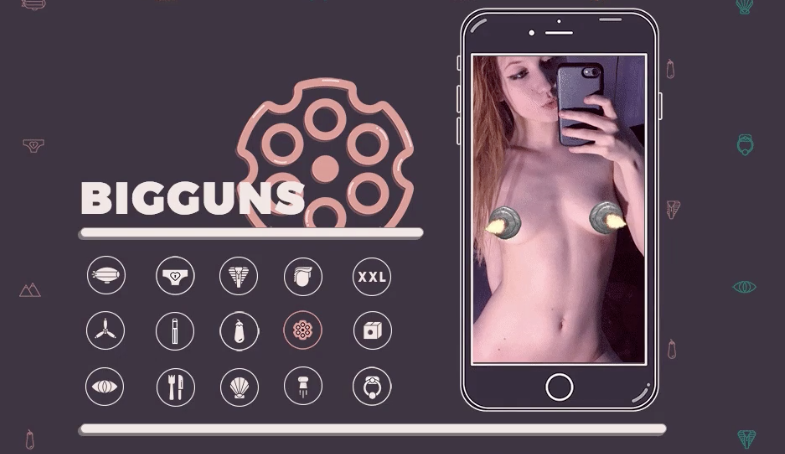 *These are screen-grabbed examples, the actual photos will be animated.*

TrickPicks is unashamedly marketing themselves as the “Snapchat for nudes.”

Price says the idea for the app came about when one of Pornhub’s staffers was banned from Instagram after posting several “racy” photos on their personal account.

The promotional video for the app cleverly refers to Instagram as “Dickstagram” in an effort to call attention to the social network’s nipple-censoring policies.

You may be familiar with the Instagram account Genderless Nipples which solely posts up-close photos of areolas in protest of the double standard that allows male nipples to be shown and not female.

After you snap a photo on TrickPicks, however, you can share it anywhere else you desire, including Instagram. So, in addition to providing you some more *creative* ways to sext, the app is also cleverly sidestepping Instagram’s nudity regulations by barely censoring your “naughty bits.”

Any photos taken with TrickPicks are saved directly to your camera roll, so privacy is not an issue.

Find out more about the new app HERE and get to snapping, we don’t judge.