Even something as seemingly “normal” as dining out is a big deal when you’re Beyoncé. The one and only Queen Bey recently attended a private birthday dinner and unsurprisingly, photos of her in all of her magnificent pregnant glory are plastered across the internet. One of these photos appears to show Bey ordering off of the menu—like a real human being *gasp*—and it has already turned into a viral meme. That’s 2017, for you.

People are hilariously meme-ing this photo of Beyoncé ordering off of a menu and it’s honestly, amazing.

This is the original photo: 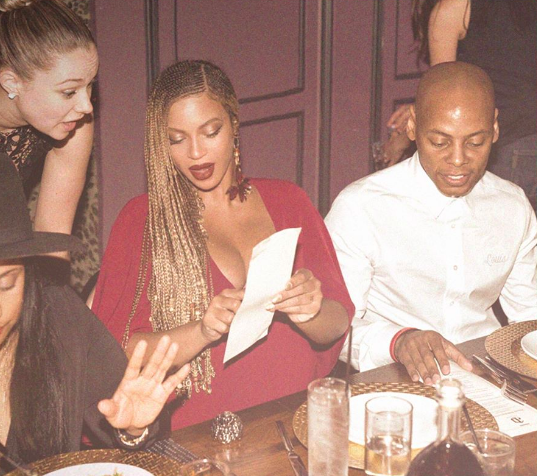 That waitress is my hero. I’d probably be hyperventilating.

And these are some of the best memes the internet had to offer:

“I, as Beyoncé, will just have vegan icewater. The twins will have fried chicken, catfish nuggets, fries, mac & cheese, red beans & rice.” pic.twitter.com/RoPc0mYcpJ

Beyoncé: Let me just have the…
Waitress: How about I have them make everything on the menu and you can make a choice after seeing them! pic.twitter.com/fxmHktctNg