Whatever happened to Brendan Fraser? An icon of the ’90s, with a string of starring roles in classics like Encino Man and The Mummy, he seems to have fallen almost completely out of the spotlight in recent times.

Of course, this is entirely his prerogative; after a successful career with well over 30 films under his belt and the hectic celebrity lifestyle that comes with it, retiring to a quiet corner of the world to enjoy the fruits of his labor is an entirely understandable move.

But that’s not what happened. Fraser hasn’t retired and has actually enjoyed quite a comeback of late, starring in TV series Titans, Condor and Trust, as well as the film The Poison Rose. 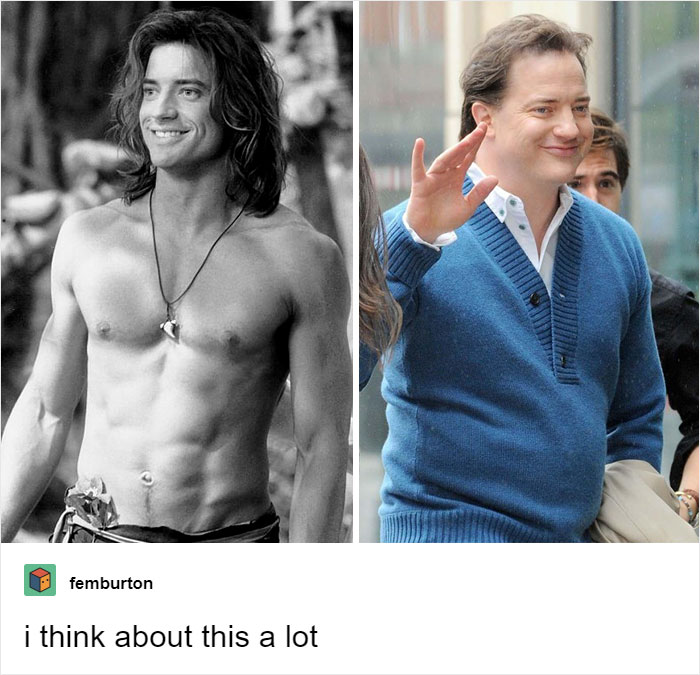 However, there have been some very real and very difficult struggles in Fraser’s personal life that have clearly affected his career. So when somebody uploaded a ‘Before-And-After’ Pic of him on Tumblr, people leaped to his defense.

To be honest, for a man of 50 Brendan looks perfectly reasonable and normal in the ‘after’ shot anyway. People age, don’t they? Someone was quick to point out that this off-the-cuff paparazzi shot is not the only photo of Brendan doing the rounds, this one is from a frank and searingly honest interview he did with GQ earlier this year. 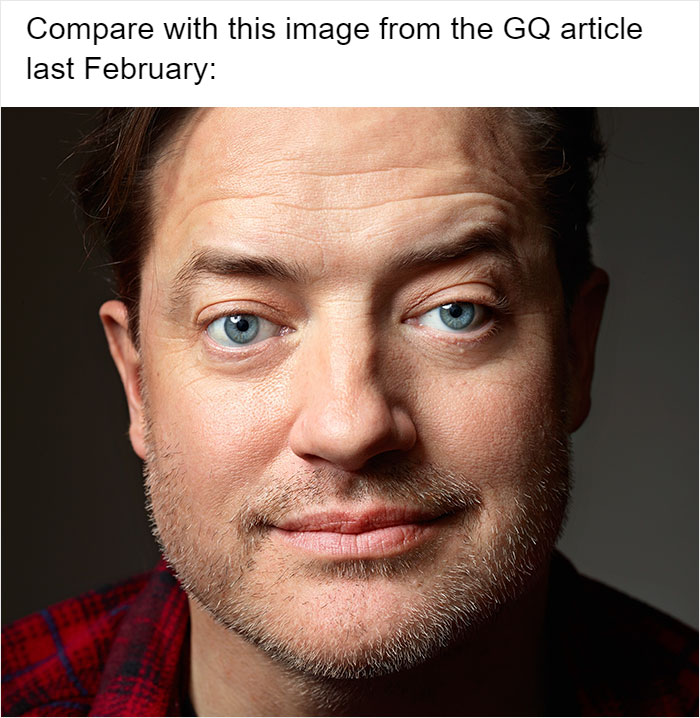 Much like Keanu Reeves, the internet has a real soft spot for this fellow legend of the ’90s, who has negotiated the ups and downs of Hollywood stardom with humility and kindness. Both have had their fair share of rough times – but they both come across as thoroughly likable, down-to-earth guys that we’d love to grab a beer with.

Here’s what people had to say