There have been many faces to come and go from the White House, politicians that the American people have come to recognize for better or worse – but what about the people who work behind the scenes? Little thought is given by the public as to who it is that prepares the First Family’s meal – that is until they laid their eyes on Andre Rush a freelance White House chef with 24-inch biceps.

A retired Army Master Sergeant Chef, the buff culinary master is classically trained in plating, baking, cake decoration, and ice carving. The eye-catching Rush went viral after Wall Street Journal reporter Vivian Salama tweeted out a picture of the chef, alongside two other chefs, who were prepping a dinner at the White House in honor of the Muslim holy month of Ramadan. Since being discovered, the mouth-watering chef uses his platform to advocate for military service suicide prevention. Scroll down to learn more about this multi-talented vet. 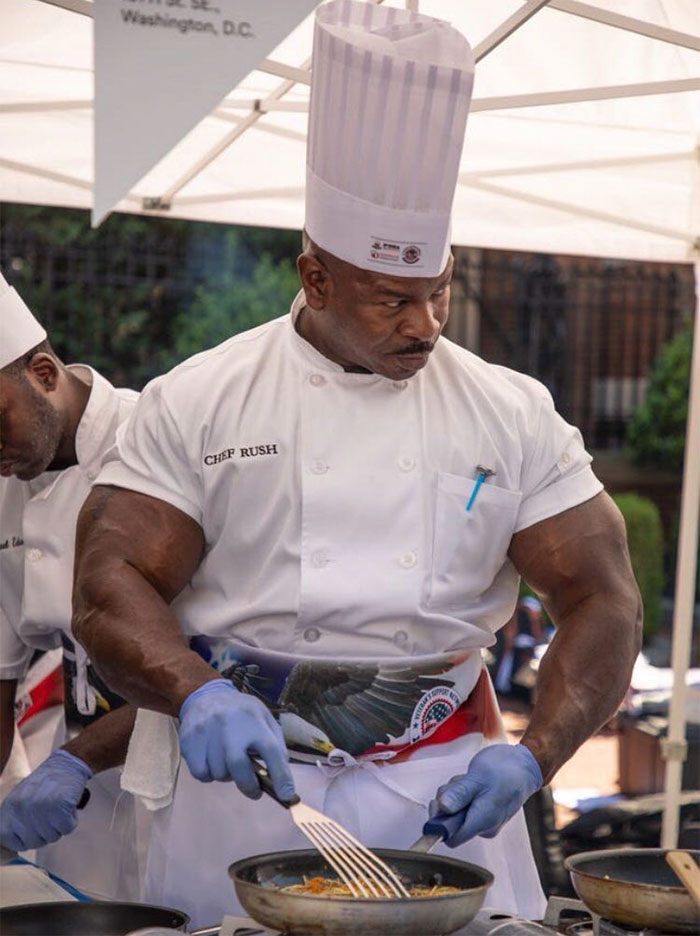 According to his website Rush is renown as one of the top chefs in the United States military, and retired as Master Sergeant. He has represented the Army resulting in over 100 new soldiers joining the forces. He was also a member of the United States Culinary Arts Team where he competed and won 150 medals and trophies. 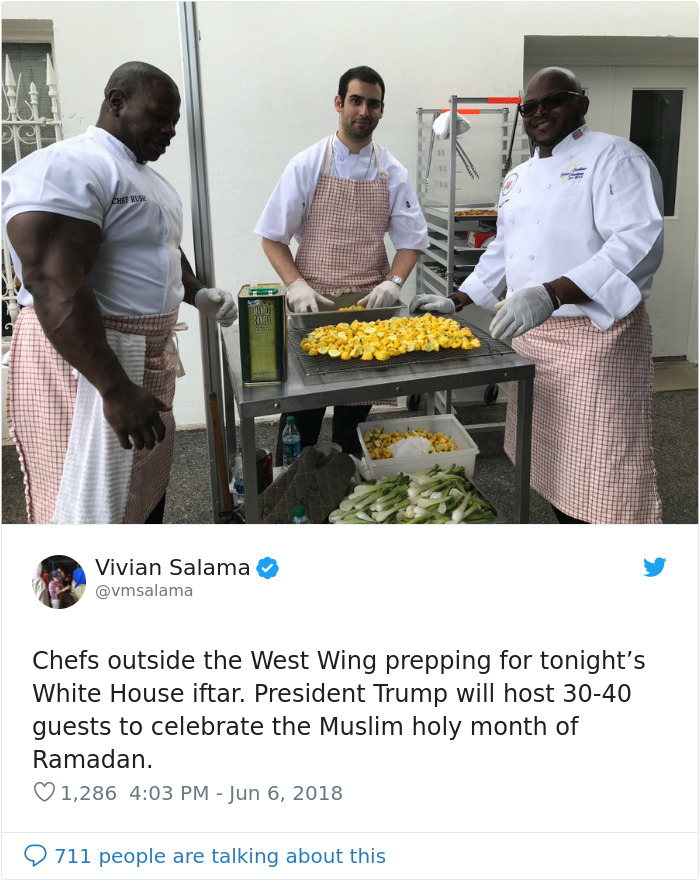 That showcased his jaw-dropping 24-inch biceps which he credits to his challenge to do 2,222 pushups every weekday 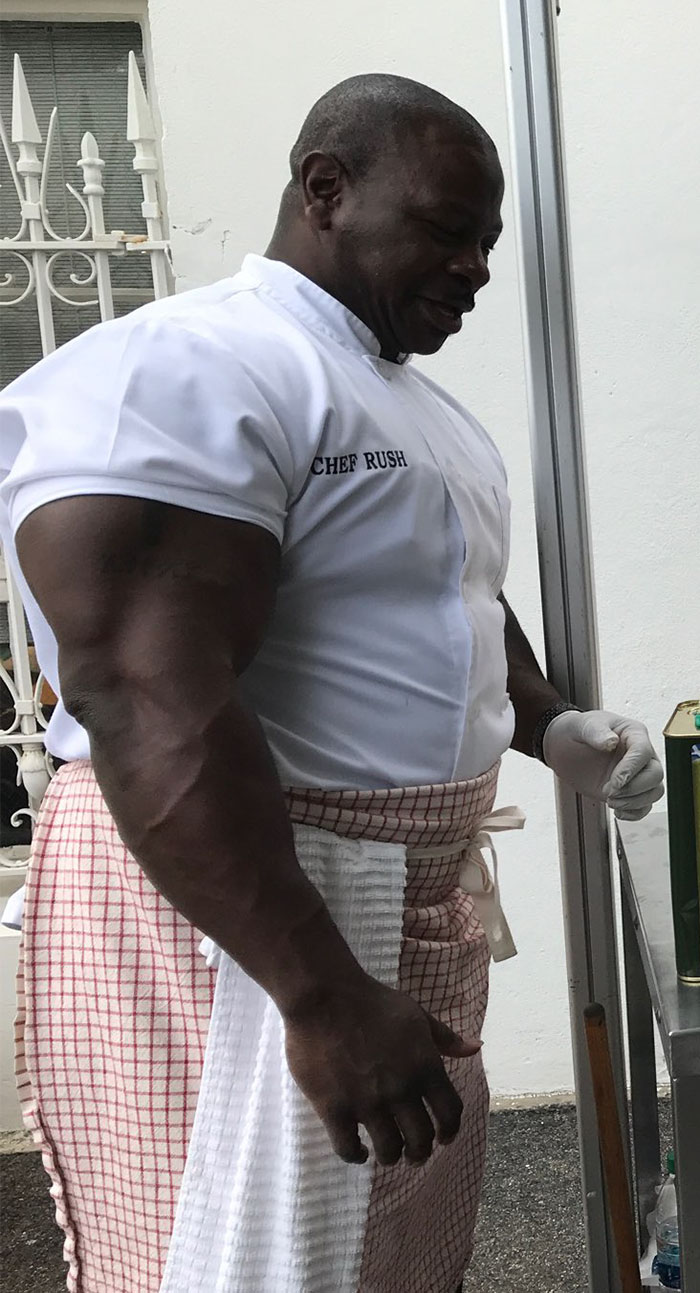 “Rush does 2,222 push ups every weekday as a part of the #22PushupChallenge to raise awareness of the estimated 22 military veterans who die from suicide every day. He does up to 200 push-ups at a time, with a three to 10 minute break in between each set,” writes Men’s Health. 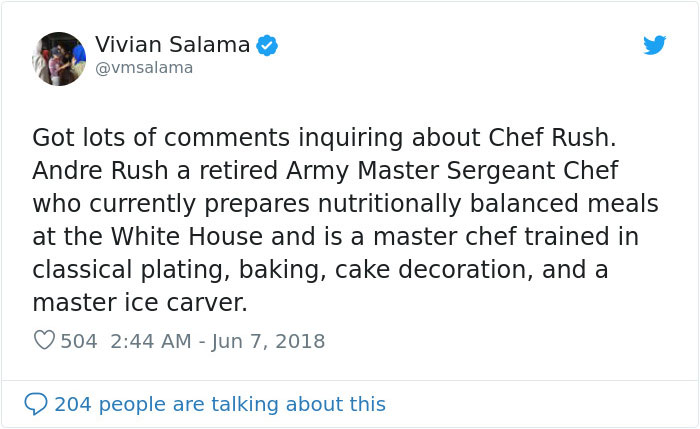 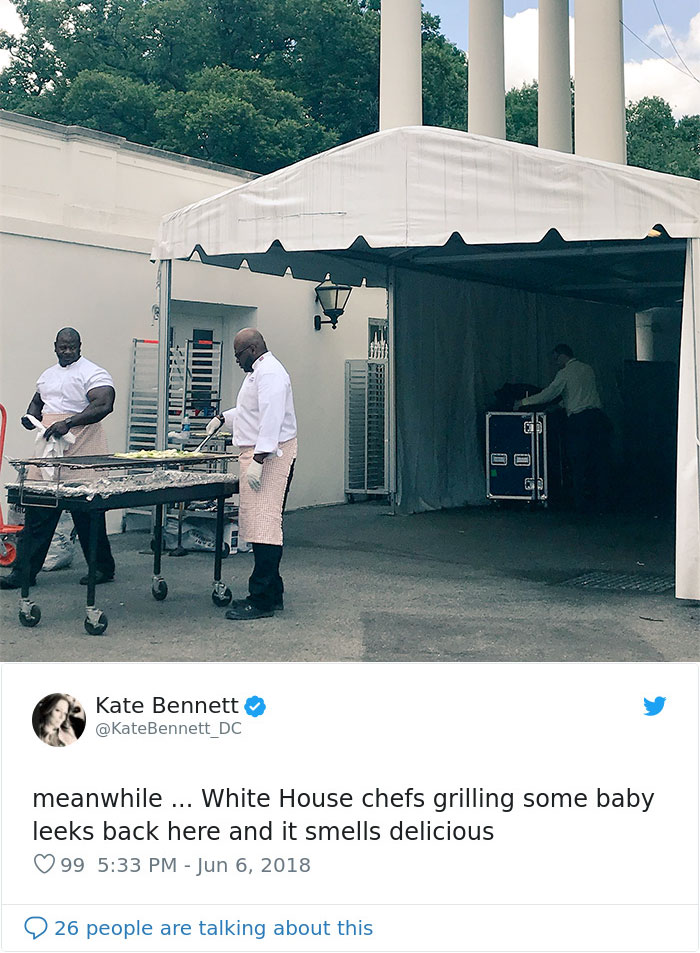 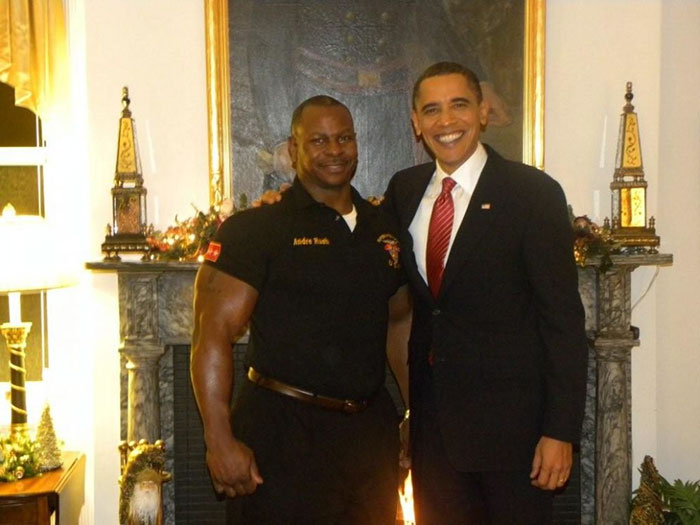 But began his cooking career three years before in 1994 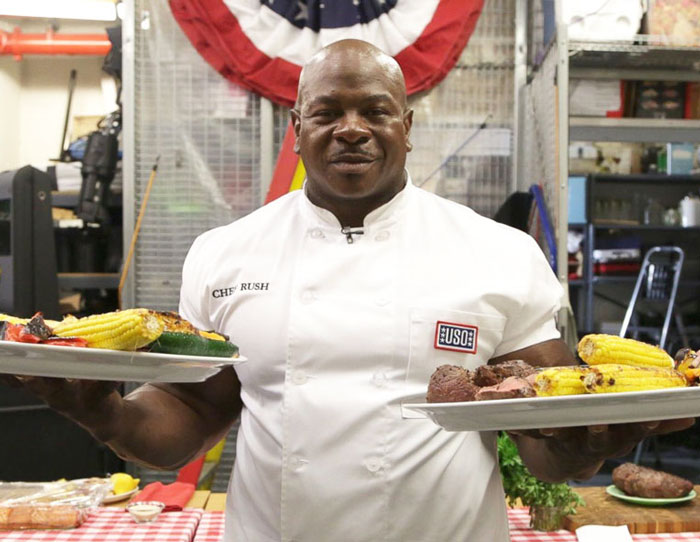 Cooking is not his only passion. He is an advocate for Wounded Warriors and other veteran-based causes. Rush has teamed up with Veteran Army Food Specialist Charles Johnson to create the “Combat Food Medic LLC.” The project aims to help veterans with PTSD heal through food. “We noticed how much the VA likes to push medication on us and our veterans without even getting to know why we have certain ailments, they wrote, “We both have done personal studies on how food can be used as medicine, and we all now see food as a healing conduit for our body, mind, and soul.” 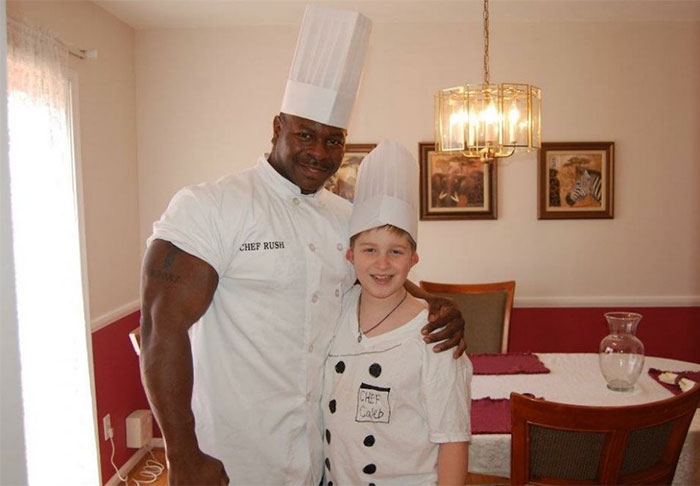 His own experience with PTSD made him realize just how theraputic cooking can be. “I didn’t realize cooking was my therapy until I actually realized cooking was my therapy,” said Rush in an interview with Reboot Camp. “I would just do it on a normal basis, and when I was feeling down or depressed or off my game sometimes, I would just go in the kitchen, pull out stuff and I would just start cooking. I would cook, and I would cook, and I sometimes would make a six-course meal without even realizing it.” For people who can’t get enough of the chef they can look forward to his upcoming television show called “Chef in the City.” According to PR Newswire, the show will have Chef Rush take the audience on adventures across the United States, visiting restaurants, first responder units, children’s hospitals, local community centers, military bases, and more. 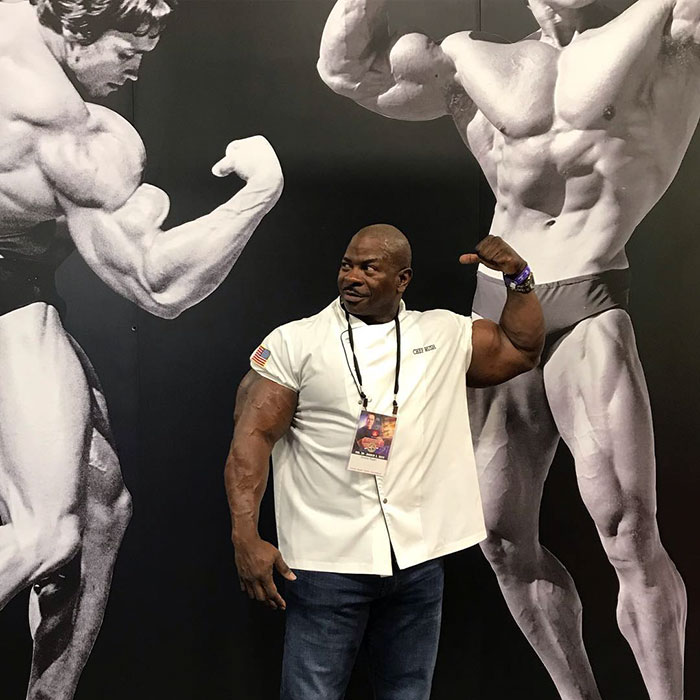 “I’m honored to be able to take all of my years of experience and skills and produce a brand-new television show that will take audiences to locations not normally highlighted on current cooking shows,” says Chef Rush. “Each week I will meet new and interesting people, cook with them, talk over the preparation, and discover new adventures in cooking. It’s going to be an amazing experience for me as well as the audience viewing to take cooking out of the studio and into communities across the U.S.” 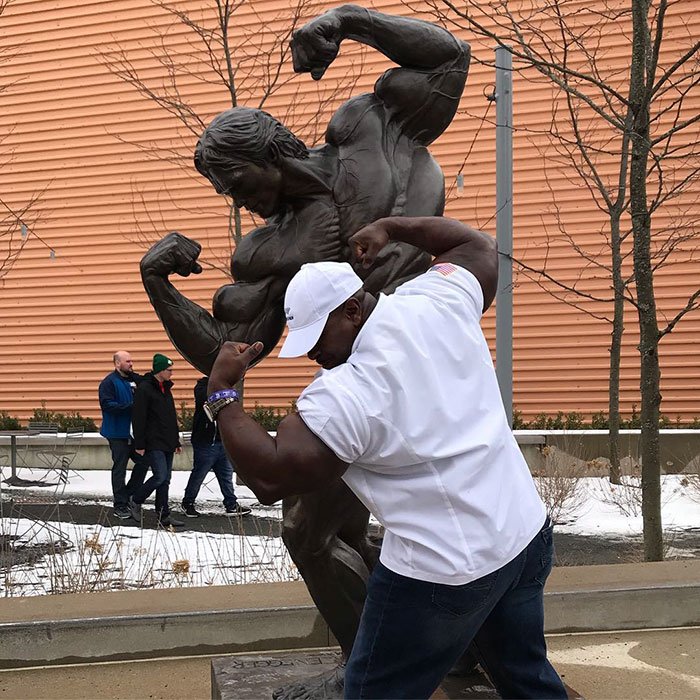 The internet quickly fell in love with Chef Rush and his pic even started a hilarious photoshop battle: 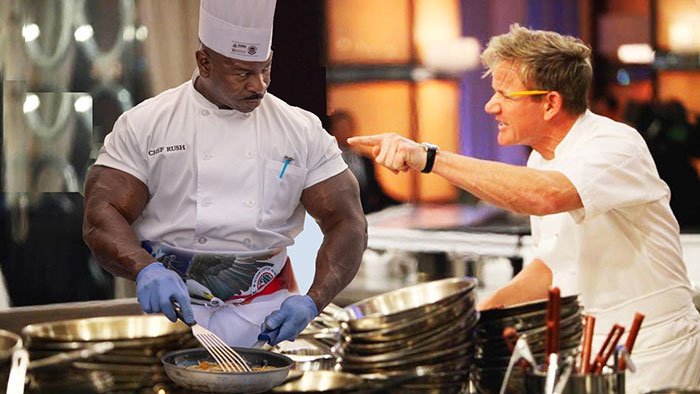 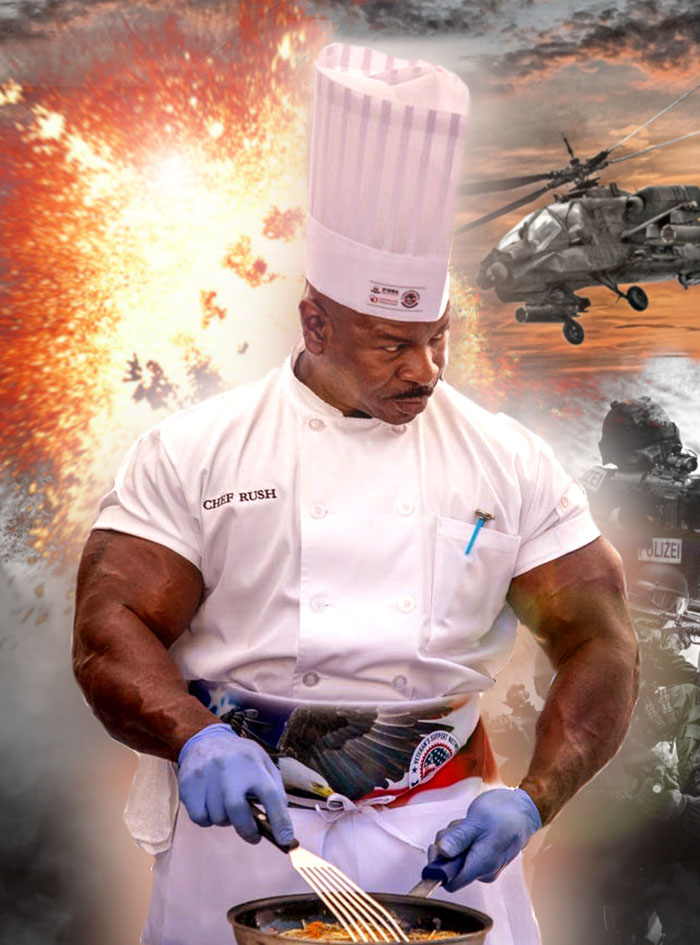 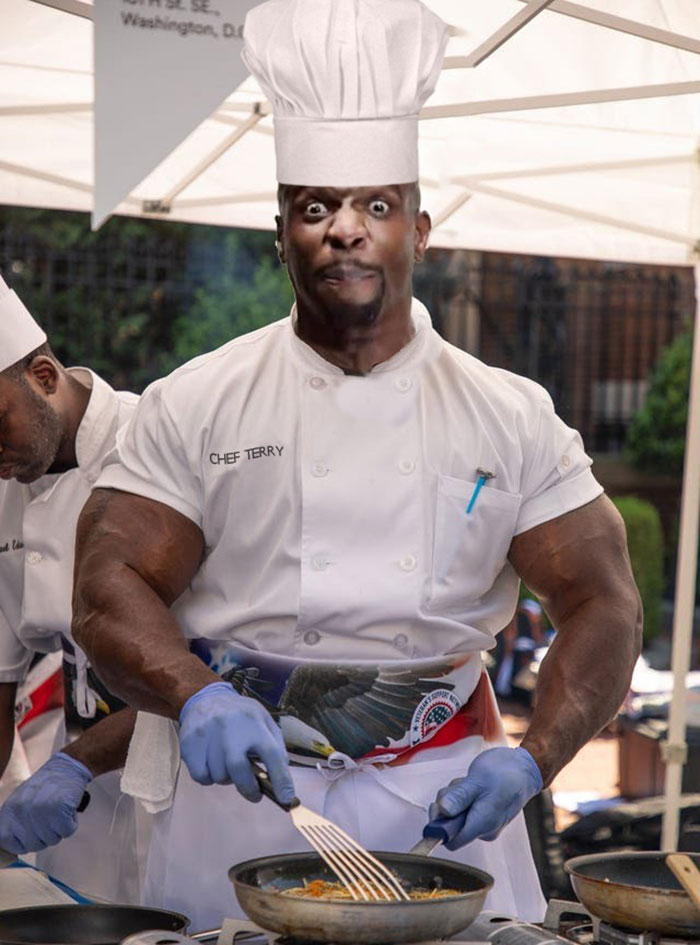 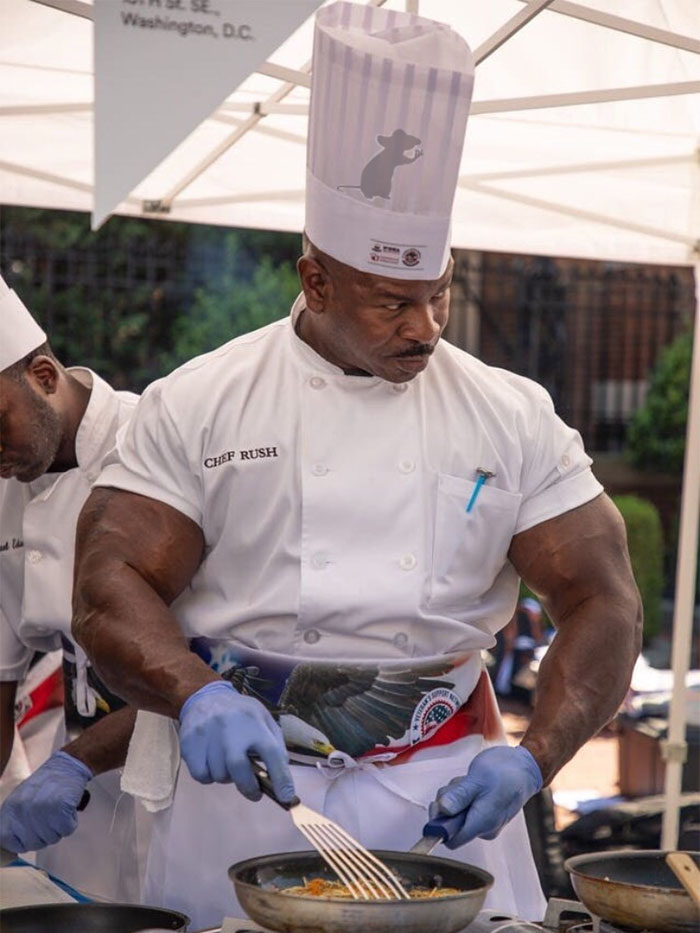 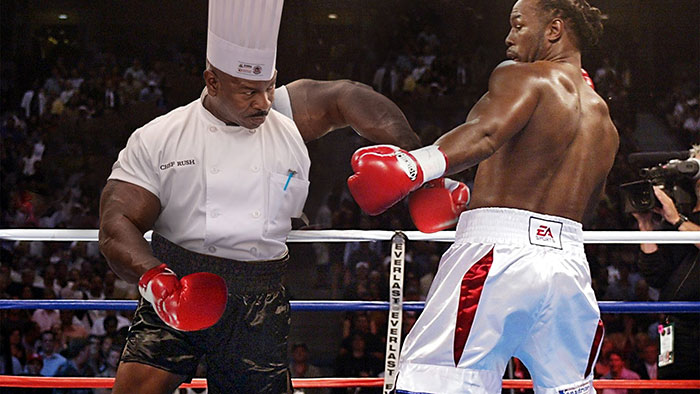 As well as inspired some pretty hilarious memes 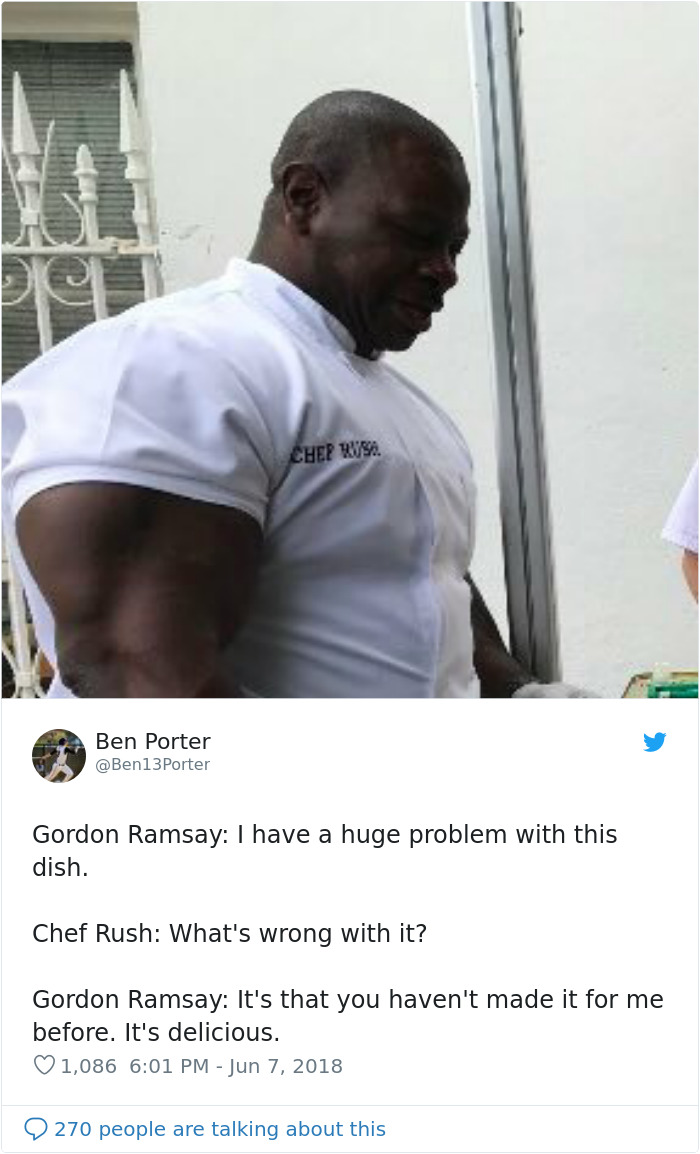 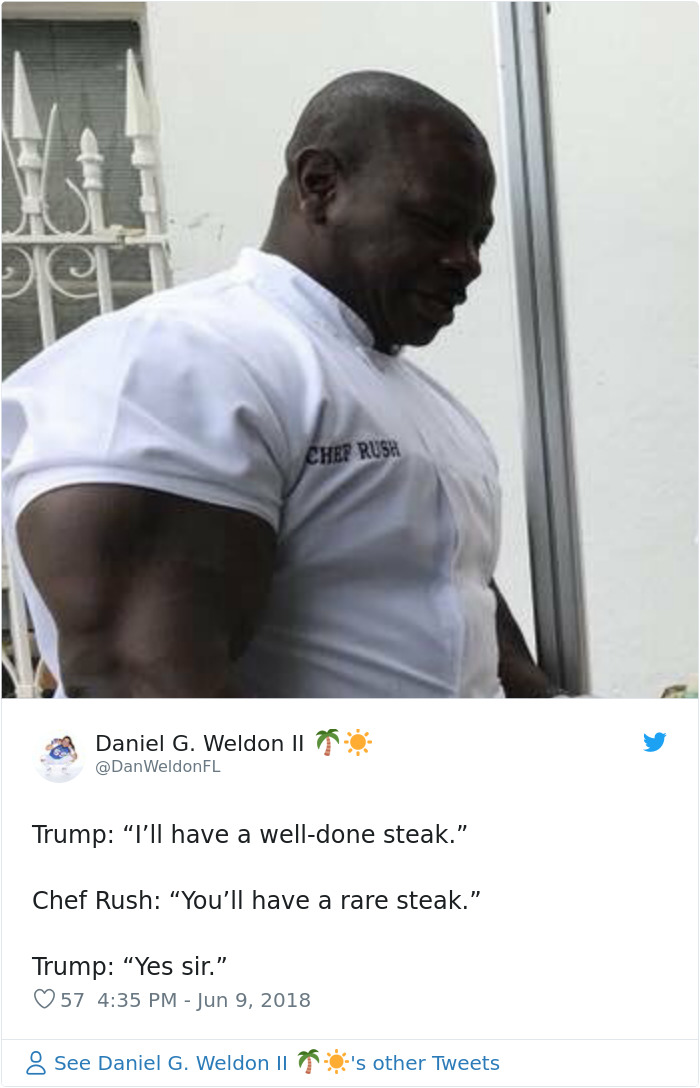 Everybody is hungry for this body-building chef