If I say Orlando Bloom, Katy Perry and paddle boarding, what springs to mind? Probably the following sequence of events, which resulted in Bloom being thrust back into the public eye whether he liked it or not.

Allow me to refresh your memory. Back in August 2016, Bloom and his then-girlfriend Katy Perry were paddle boarding off the coast of Sardinia, an island in the Mediterranean Sea, when paparazzi snapped pictures of Bloom utterly naked. 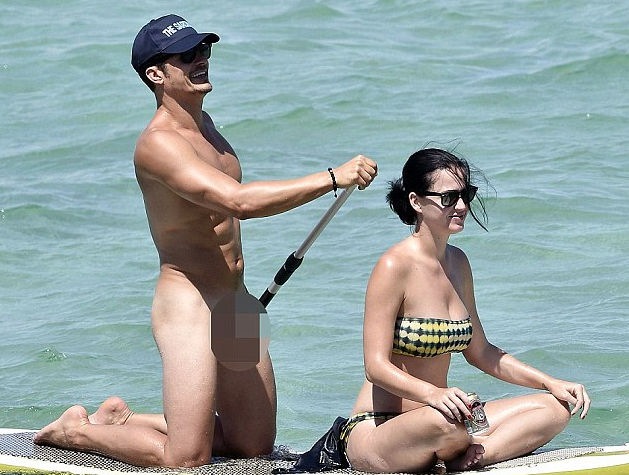 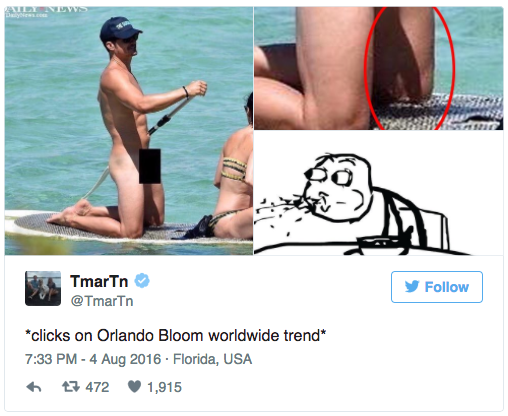 Ever since the photos leaked, everyone’s been desperate to learn of Bloom’s reaction to the embarrassing situation. Up until now, the best we’ve been able to get is a secondhand account from Bloom’s ex-wife Miranda Kerr. Kerr was on Australian radio show The Kyle and Jackie O Show when she let the following slip:

“Oh my god, he texted me saying, ‘I am really embarrassed, some photos are coming out. I just thought I should let you know.’ I was like, ‘Hmm, right…what were you thinking? Seriously, what were you thinking?’… Obviously he wasn’t. I am going to send Orlando a pair of both [boardshorts and budgie smugglers] because you know he might like either of those… or none. Cover it up, man. Put it away!”

It’s been almost an entire year since those photos went viral, but that hasn’t stopped the image of Bloom’s giant shadow looming large in the public’s consciousness. Thankfully for us, Bloom himself has finally addressed the incident during an interview with Elle Magazine.

The post Orlando Bloom Finally Reveals What Was Happening In The His Paddle Boarding Nude appeared first on Viral Thread.