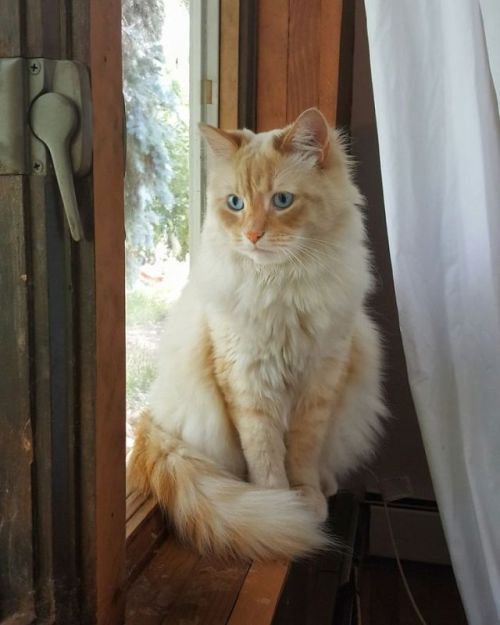 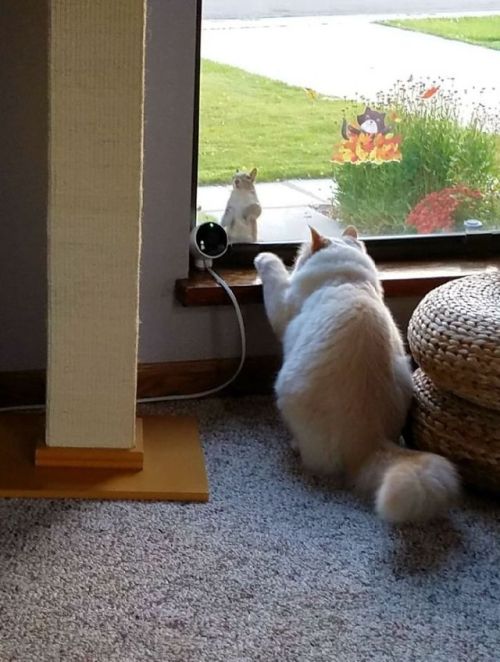 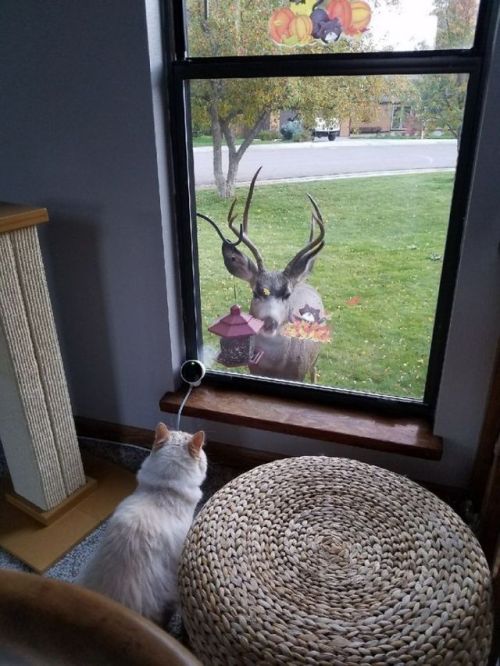 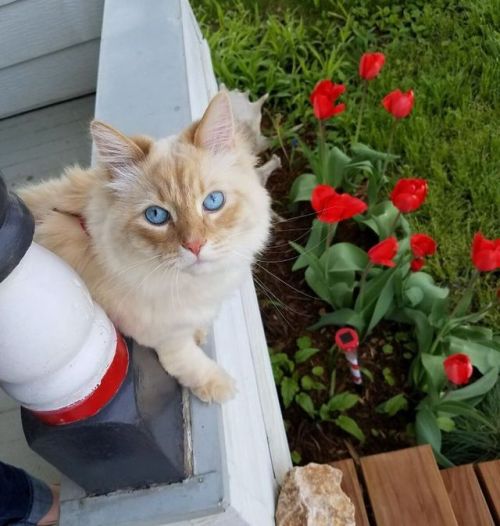 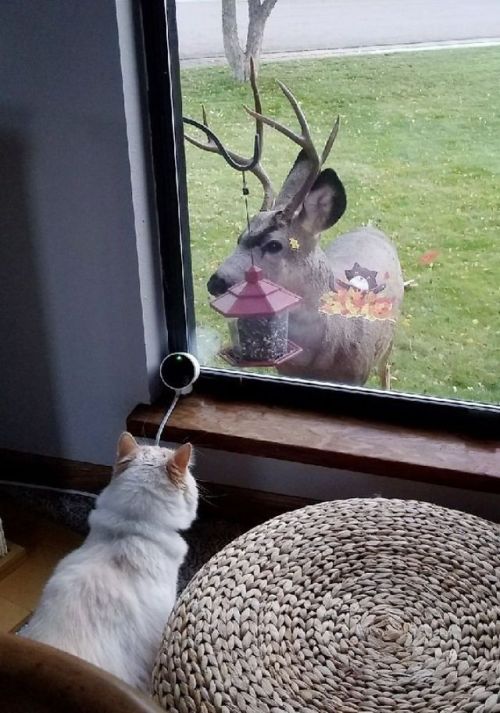 On Caturday we celebrate all the feline Disney princesses among us. Is your cat one of them? Imgur used ctrlaltme shared these enchanting photos of Sochi, his awesomely floofy Siberian Forest Cat friend, communing through the window with wild animals.

“My cat is a Disney princess apparently. This is going on right now.”

According to Bored Panda, Sochi’s humans describe him as a particularly friendly and outgoing cat, “who loves to go for walks and is quick to befriend people and animals.”

“After the first outdoor adventure, Sochi became fascinated by the outside and started looking through a window. And that’s when the owner knew, that Sochi might be a Disney Princess – wild animals would come to the window to hang out with Sochi as if he were the male feline version of Snow White!”

Recognizing how much Sochi enjoys watching KittyTV, his humans set up a bird feeder at his eye level. So far one deer, four squirrels, and countless birds have made window friends with the brilliantly blue-eyed cat.