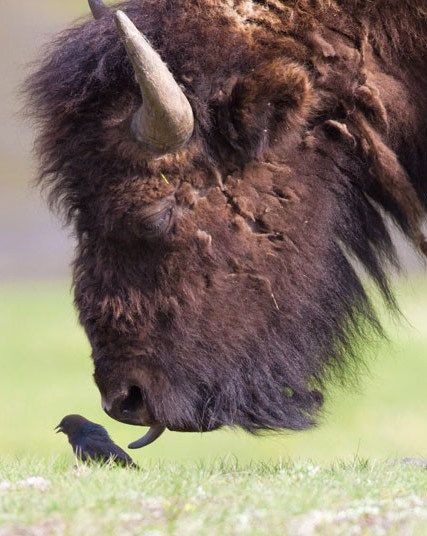 It’s hard to speculate what this massive bison at Yellowstone National Park was thinking when it decided to lick a brown-headed cowbird who was otherwise occupied feeding on on insect at the time. Was it a sign of affection? Did the bird simply look tasty? According to photographer Tin Man Less, “the bird let out a chirp before flying off.”

So whatever the bison’s reason, one lick was plenty.