NASA has captured and shared cutting-edge images of supersonic aircraft shockwaves that reveal how these waves move and interact. The experiment was done in an effort to further the development of a jet that would fly faster than the speed of sound without producing sonic boom. To capture the awe-inspiring images, the space agency used newly upgraded air-to-air photography technology which took a whole decade to be developed. Using this technology, NASA was able to capture the interaction of shockwaves from two flying supersonic planes, which has been never done before.

“We never dreamt that it would be this clear, this beautiful” 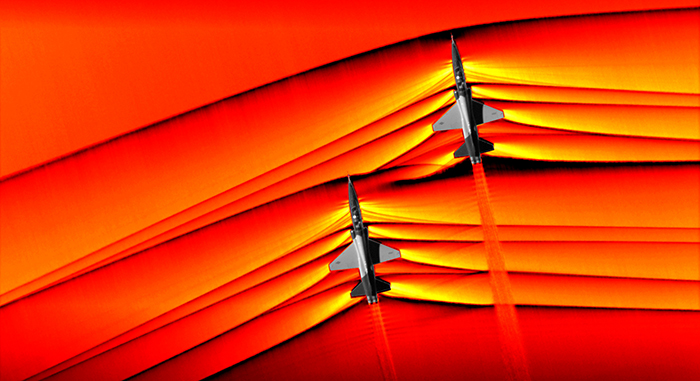 When physical scientist J.T. Heineck of NASA’s Ames Research Center in California’s Silicon Valley got the first glimpse at the long-awaited images, he said that he felt ecstatic and that the agency never even imagined that the photos would turn out this beautiful. “With this upgraded system, we have, by an order of magnitude, improved both the speed and quality of our imagery from previous research,” the scientist added.

“NASA pilots and the Air Force pilots did a great job being where they needed to be. They were rock stars” 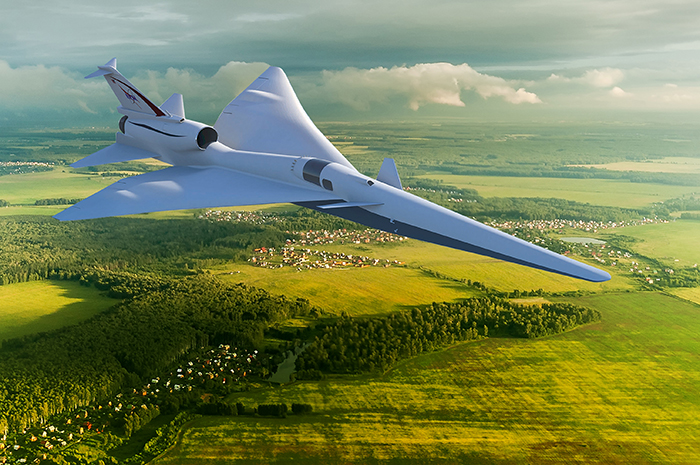 The flight took place at NASA’s Armstrong Flight Research Center in Edwards, California during the AirBOS (Air-to-Air Background Oriented Schlieren) flight series. In the images, you can see two T-38 supersonic jets from the US Air Force, which were flying merely 30 feet (approximately 9 metres) away from each other. Photographs were taken from a B-200 twin-turboprop research aircraft, which was flying at a higher altitude than the T-38’s. AirBOS sub-project manager, Heather Maliska said: “The biggest challenge was trying to get the timing correct to make sure we could get these images. I’m absolutely happy with how the team was able to pull this off. Our operations team has done this type of maneuver before. They know how to get the maneuver lined up, and our NASA pilots and the Air Force pilots did a great job being where they needed to be. They were rock stars.”

“I am ecstatic about how these images turned out” 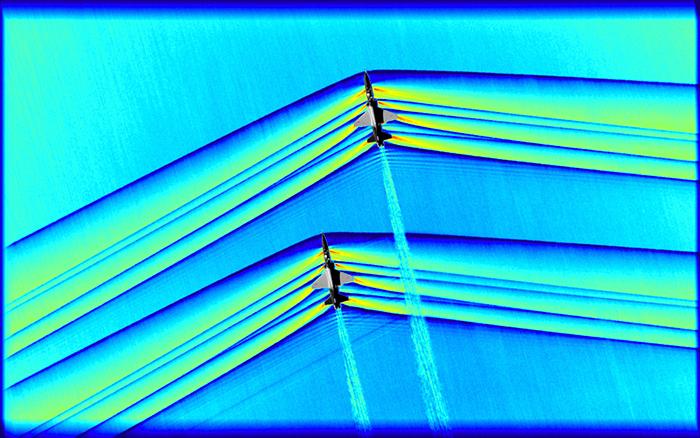 The researchers used the technology of photography which is known as Background Oriented Schlieren (BOS) or simply, Schlieren. This technique allows photography equipment to be used to visualize air, heat, and sound. The frame rates of the camera were upgraded to 1,400 frames per second, making it easier for the researchers to capture a larger number of samples. The result – incredibly sharp and stunning images of produced shockwaves, which, according to NASA, are “rapid pressure changes which are produced when an aircraft flies faster than the speed of sound, or supersonic. Shockwaves produced by aircraft merge together as they travel through the atmosphere and are responsible for what is heard on the ground as a sonic boom.” 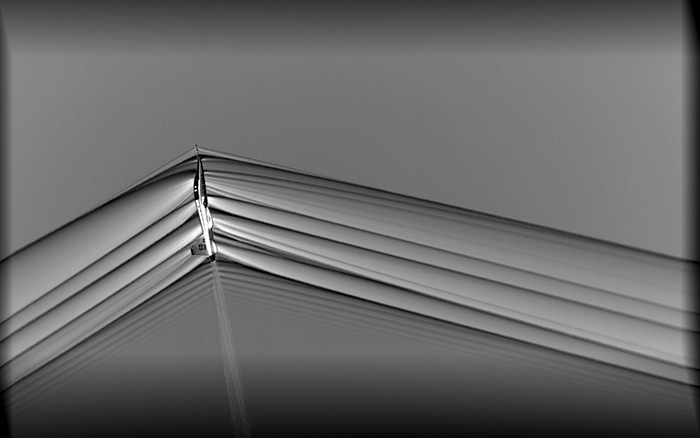 The originally produced images were actually monochromatic (in the shades of gray, as shown in the photo above), but have been colourised by NASA to highlight the pressure changes. The photographs will be studied to contribute to the development of the X-59 Quiet SuperSonic Technology X-plane. According to NASA, the objective is to create a supersonic plane, which wouldn’t produce sonic boom, but just a quiet sound, instead. This means that if these types of planes would fly overhead, people on the ground should hear nothing but a very quiet thump. 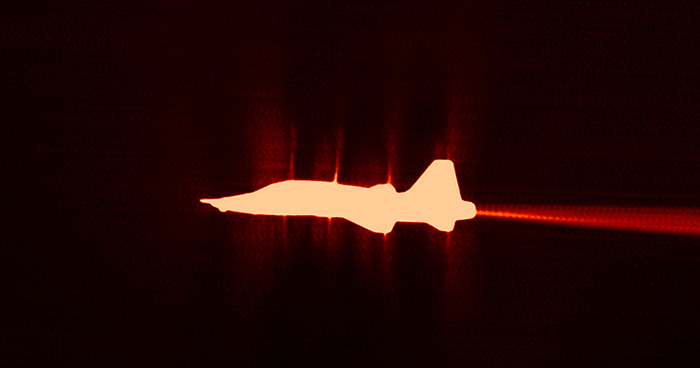 Back in December, 2017 NASA has announced that they have successfully completed a flight test series at NASA’s Armstrong Flight Research Center in California. The agency then expressed their hopes of being able to visually capture the shockwaves in the very near future. The schlieren image shown above, depicts an Air Force Test Pilot School T-38 in a transonic state, which means that the aircraft is transitioning from a subsonic speed to supersonic. Above and beneath the aircraft, you can see shockwaves which are starting to form. These shockwaves diffuse away from the aircraft and are heard on the ground as a sonic boom. The space agency then said that “in order for shockwave data to be captured at a high quality, images will need to be taken at closer range, by equipment onboard a chase aircraft.” It seems that this year they did just that. We are very excited to see what the future holds for NASA and their discoveries.