Along with her shockingly dark tan and white blonde hair, it’s certainly a memorable look. German air hostess Martina recently appeared on UK talk show This Morning in order to discuss her surgery, share her story with the world, and set the record straight on a few things. 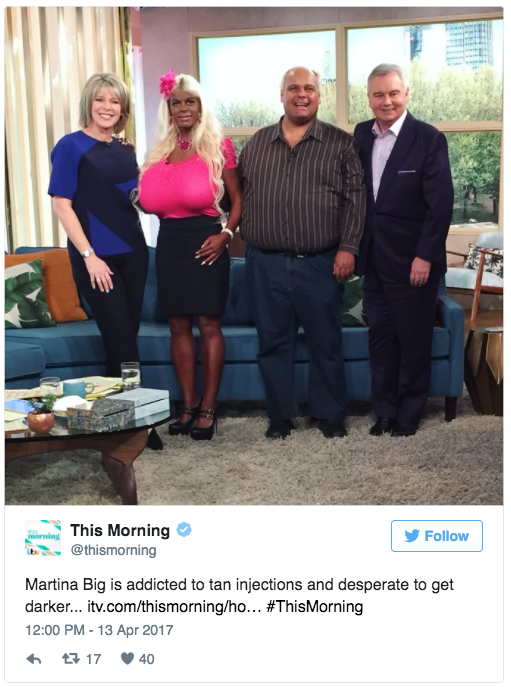 “Nine weeks ago, I had just three tanning injections. I was not expecting to go so dark but it worked so well. I love it and I really want to push it to the extreme. Now I just want to get darker and darker and see what the limits are. I love the contrast of my bright blonde hair and my dark, crispy brown skin.”

The post Model That Has ‘Europe’s Biggest Boobs’ Is Addicted To Tanning And Wants To Be ‘Crispy Brown’ appeared first on Viral Thread.