With the new season of “Stranger Things” being released just a couple of weeks ago, all of the biggest fans have already binge-watched it whole. So what’s next? Definitely the long year ahead of waiting for another season. The good news is that Season 4 has been confirmed by the producer, Shawn Levy. So while we wait, it’s a good time to enjoy some awesome reminders of the show. And what could be better than a giant Demogorgon sprinkler placed in your backyard? 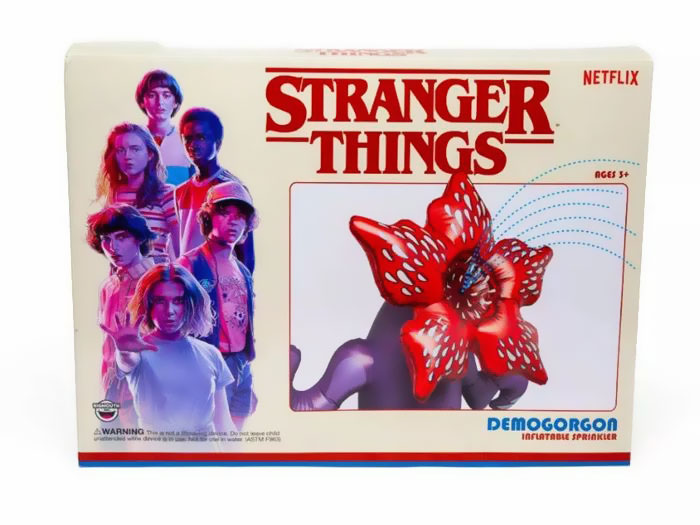 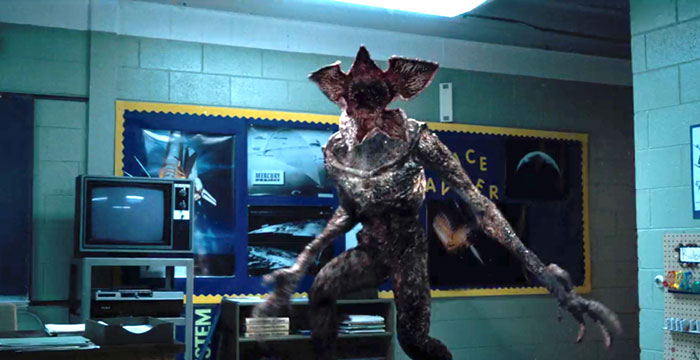 While the monster which inhabits the realms of the Upside Down is not the most pleasant creature to look at, the company manufacturing the sprinkler made it look rather cute and definitely not as creepy. 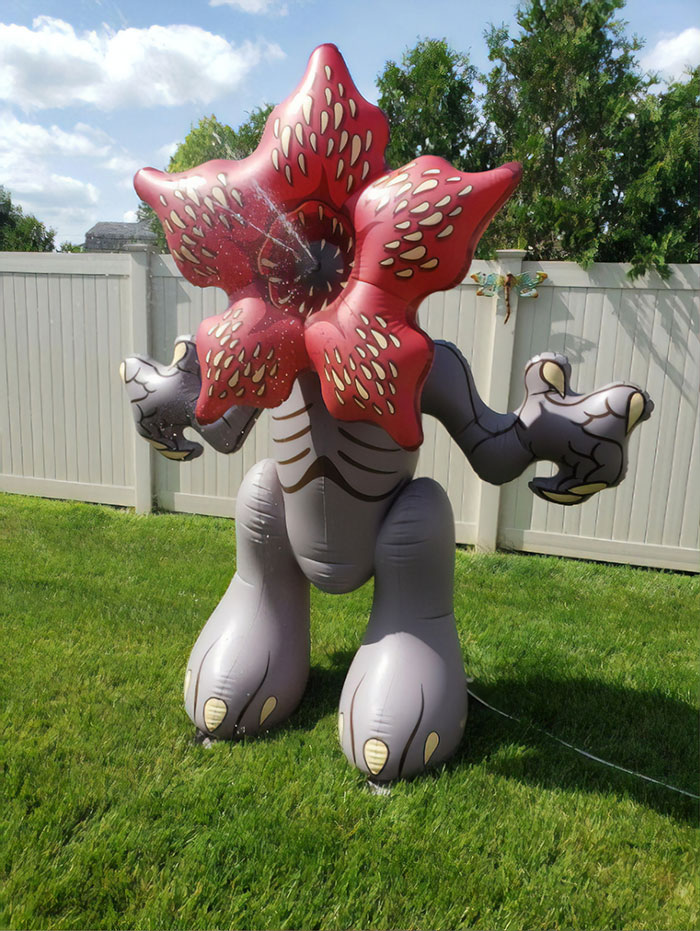 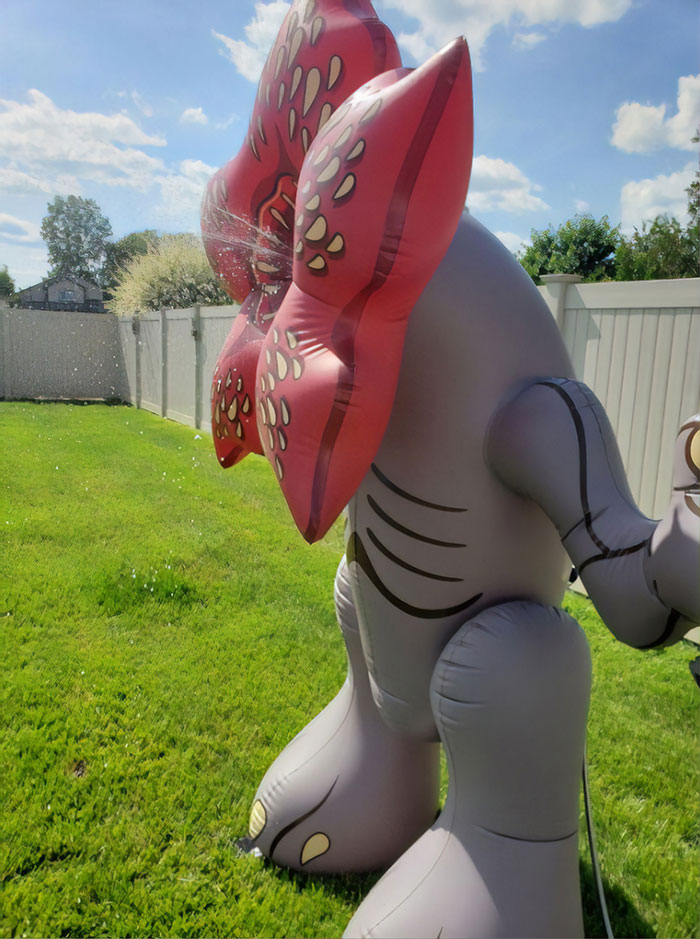 So it won’t scare your neighbors, but it will definitely remind them that you have great taste in TV series. 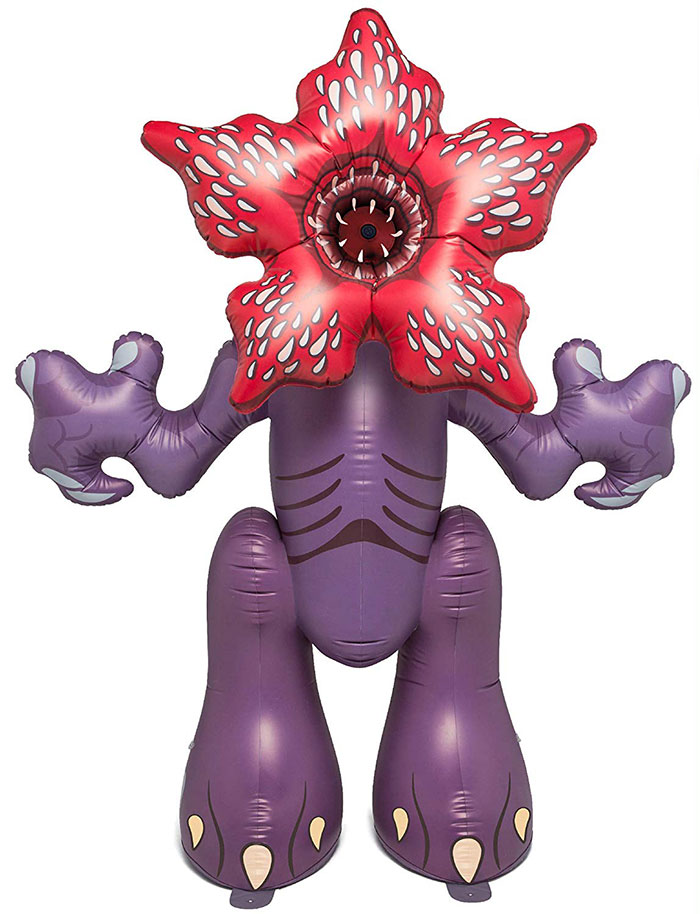 The best part about the sprinkler is its size – 6.5 ft. So this giant will not only refreshen your lawn but probably you, too, during these unbearably hot summer days. 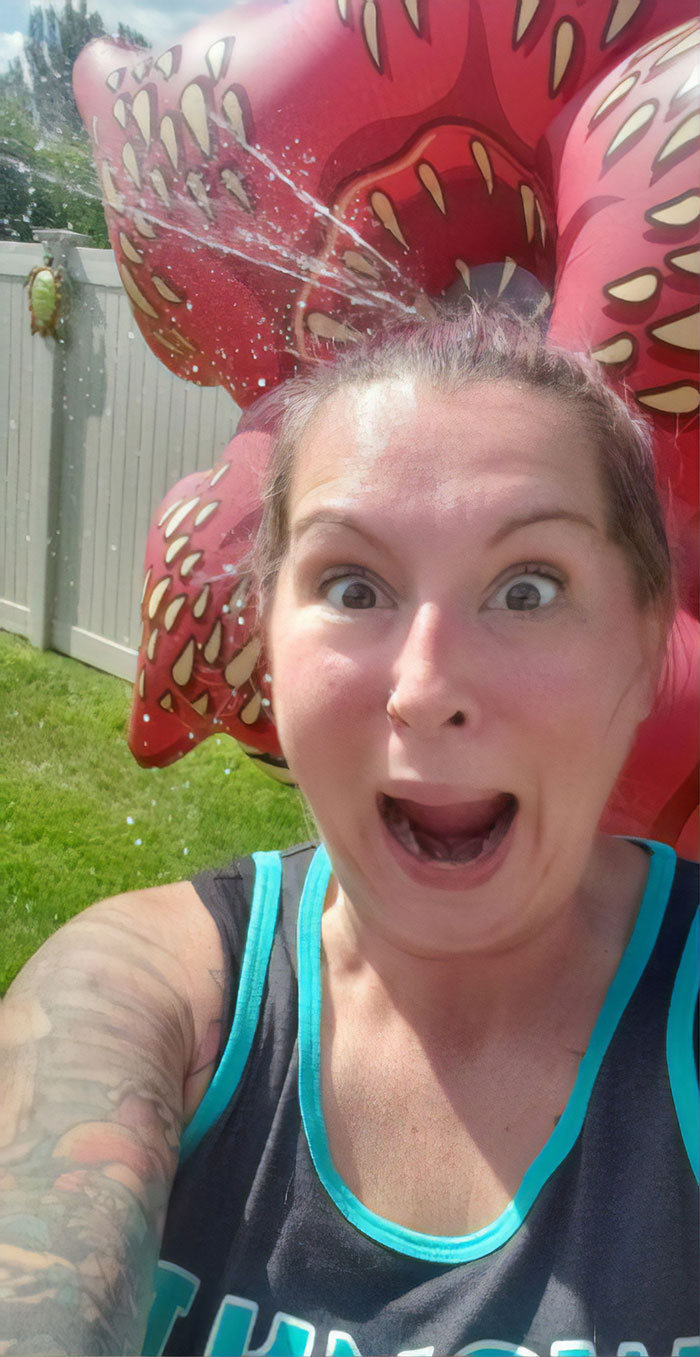 The less great part about, it comes rather expensive. You’ll have to pay $99.99 for this bad boy, or else you’ll only have the change to enjoy it through your computer screen. However, one particular buyer says it’s worth every penny.

Buyer Nicole Leigh wrote in her review” Too expensive? WORTH IT! This was bought on a whim because I love Stranger Things so much. The price tag was a bit much, but honestly it was worth every penny! I have it at the back of my yard and the spray from the sprinkler reaches my pool right by house. (Roughly 25-30 feet)
It is wildly fun! Tip: get something for the hose to rest on so it doesn’t pull or add weight to the back of the Demogorgon. ” 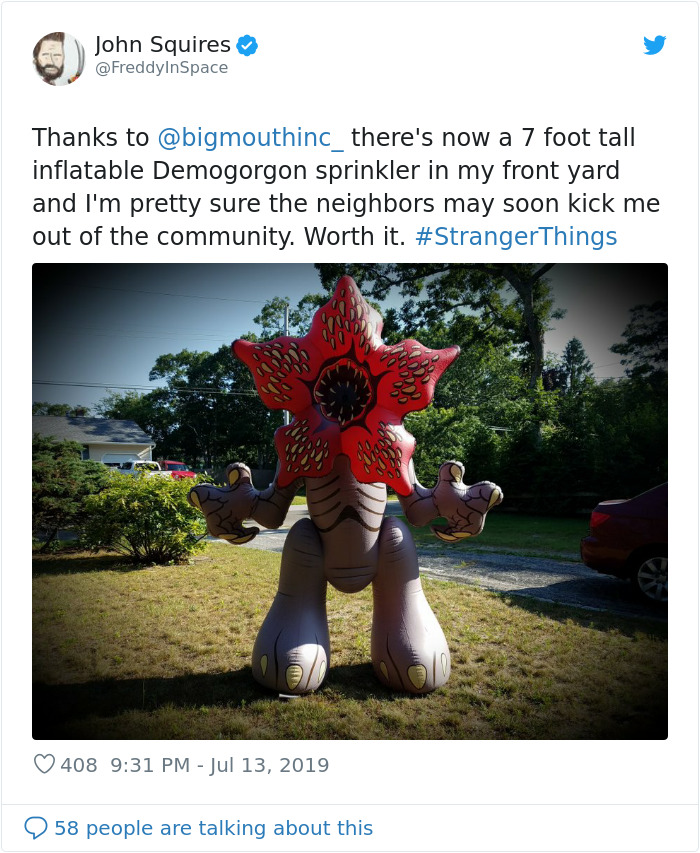