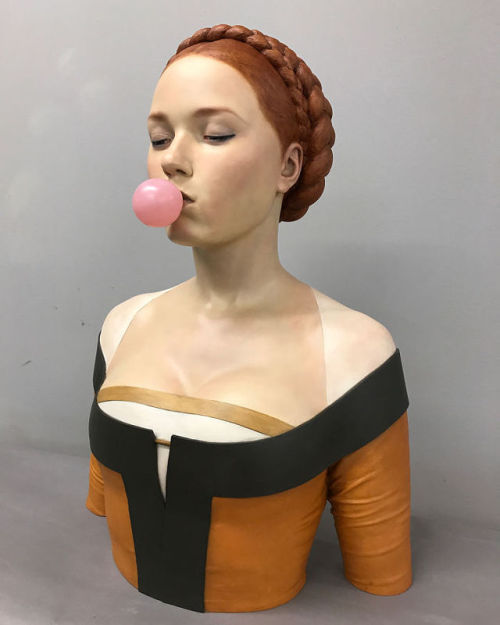 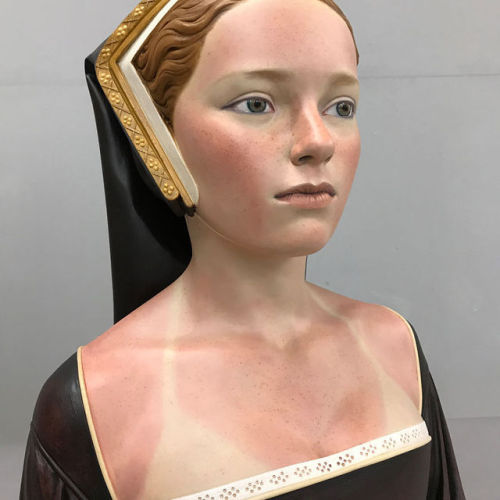 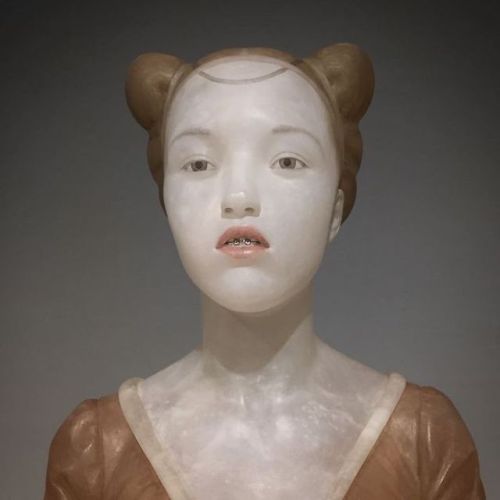 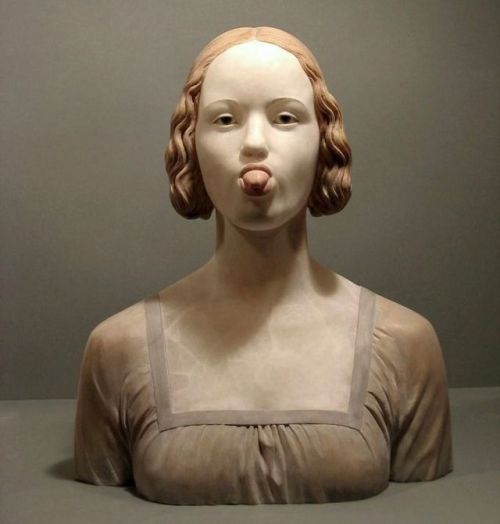 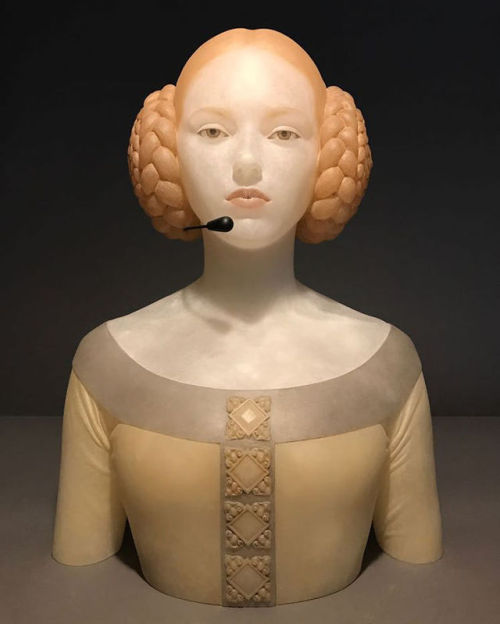 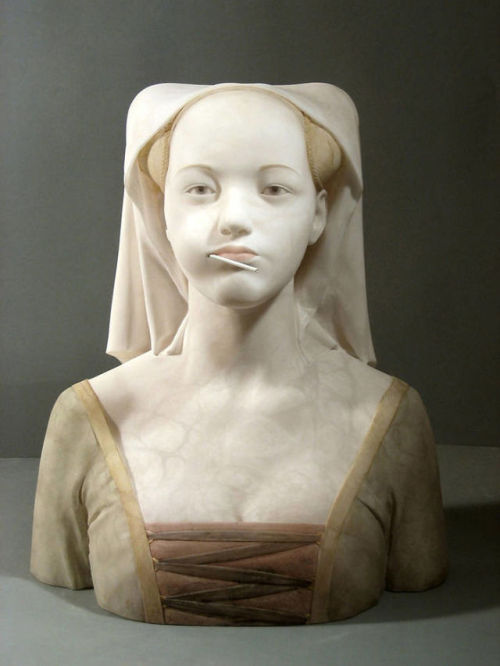 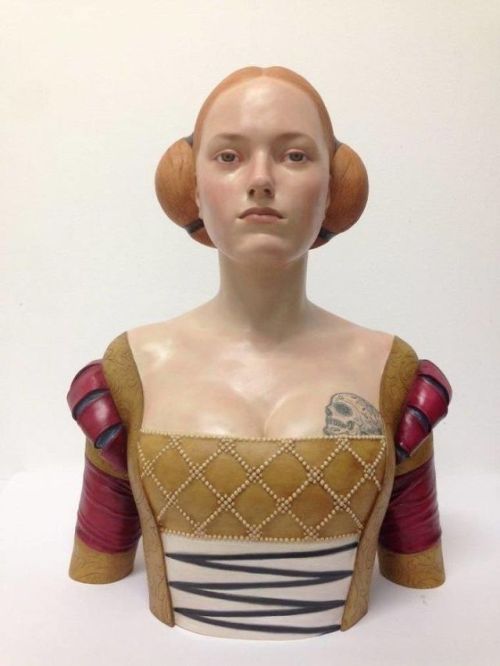 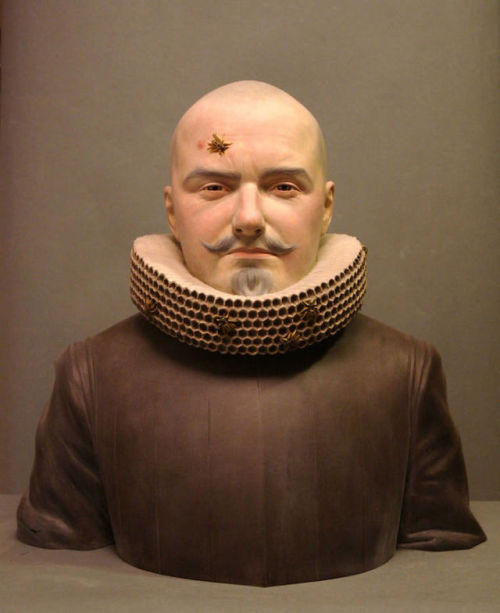 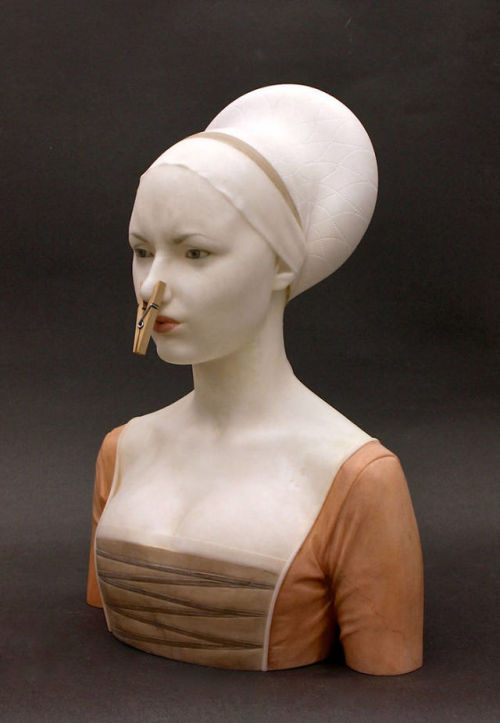 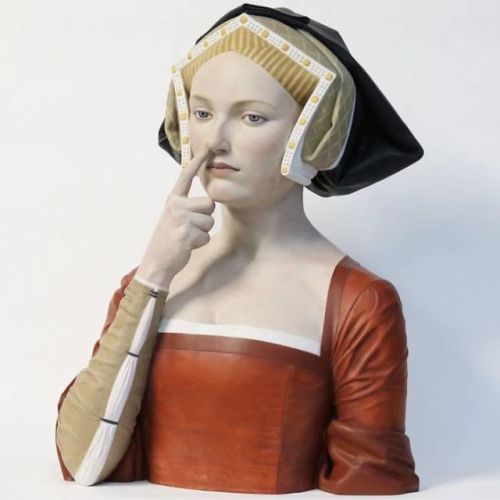 In the hands of Spanish sculptor Gerard Mas 15th century ladies (and the occasional gentleman) exchange their Renaissance poise for modern day whimsy and sarcasm. Each marble sculpture depicts a period figure doing something decidedly uncharacteristic for their time, such as chewing gum, picking their nose, enjoying a lollipop, sporting tattoos or bikini tan lines, and doing a headstand.

“I thought about the millions of attitudes and situations that old artworks couldn’t capture because they were simply inappropriate for a lady in the 15th century,” Mas says. “I decided to try to do it in an old media and style. It was something like an invented old art. After that, the anachronisms came and pop elements, too, as a natural evolution.”