Flying is one of those divisive topics where people either love it or hate it. However, I think we can all agree that airplanes as a man-made invention (and aeronautics in general) are amazing regardless.

Ever since the dawn of humankind, man has been looking up at the skies with hopes of joining the birds in flight. Fast forward to today and we can all partake in the wonder that is flying. Louis CK puts it best: “Did you fly through the air, incredibly, like a bird, did you partake in the miracle of human flight with you contributing zero? […] You are sitting in a chair—IN THE SKY.” 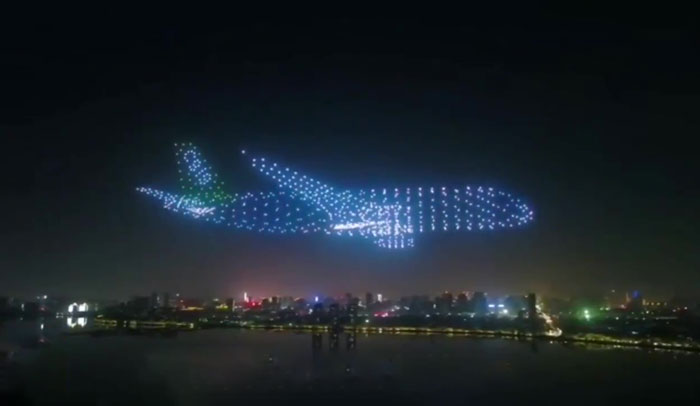 Participants of the 2019 Nanchang Flight Convention had a magnificent chance to witness just how jaw-dropping aeronautics really is. 800 individual drones took flight to light up the night sky in the shapes of airplanes and helicopters. 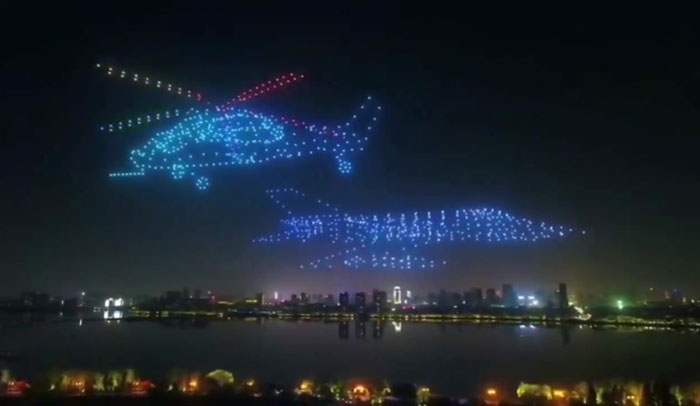 The spectacular performance of the drones was a coordinated effort to celebrate aeronautics in China by showcasing the different kinds of aircraft available today. Drone formations took the shape of everything from passenger carriers to military helicopters to fighter jets to old-school propeller planes. 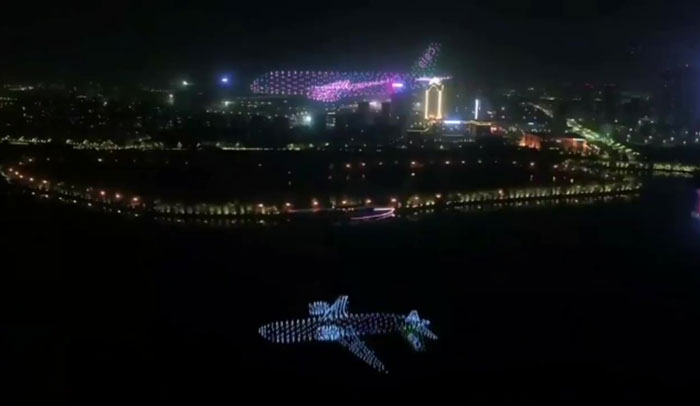 One of the most spectacular parts of the performance was the “ghost plane”. It illuminated the night sky in eerie blue with a rhythmic red light pulsing front to back every once in a while for added effect. 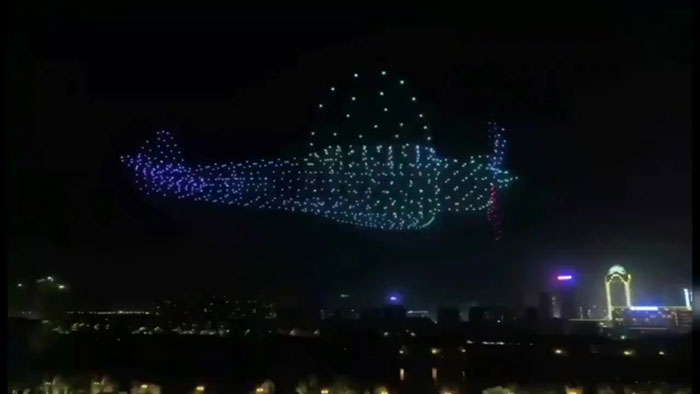 The aeronautical convention is said to be the first extensive aviation exhibition in Jiangxi Province of such caliber. Its goal is to promote the growth of the Nanchang aviation industry and to urge greater investment in the field nation-wide. 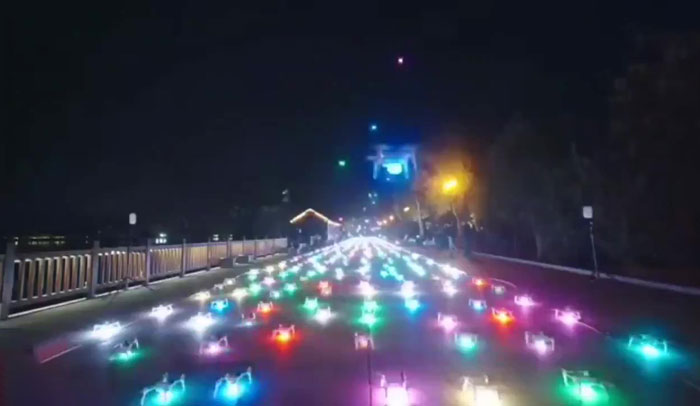 Drone technology has progressed quite a bit over the past years. Companies and hobbyists alike are experimenting with a variety of tech, enabling drones to do more than just fly. Coordinated shows such as the one in Nanchang are all thanks to wireless dongles built into the drones, allowing them to communicate their movements in sync based on a set program.

Stunning! 800 drones fly in the shape of a giant airplane in Nanchang, China pic.twitter.com/0gjsFZYw5z