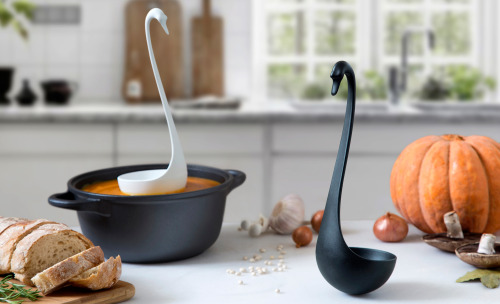 If swans are the classiest birds then this, the Swanky, is the classiest ladle. The latest creation from Tel Aviv-based OTOTO Design (previously featured here) is a swan-shaped ladle that gracefully floats atop your soup instead of sinking to the bottom. It also remains upright when placed on a hard surface, because no self-respecting swan would ever be caught flopped over.

The Swanky ladle is being launched via Kickstarter. Head over there to pre-order one in black, white, or even pink.