This sculpture is not only one of the first made by artificial intelligence; it’s materially made from the computer that invented it. Here’s the story.

I trained my computer, named Dio after the Greek God Dionysus, to become a sculptor. To start, I gave Dio the canon of classical sculpture: thousands of 3D models of real sculptures held in museums across the globe—sculptures like David, the Discus Thrower, and Winged Victory. For Dio, understanding sculpture meant being able to synthesize its essence. It meant finding similarities and differences across these forms: patterns of shape, design, posture, and pose. 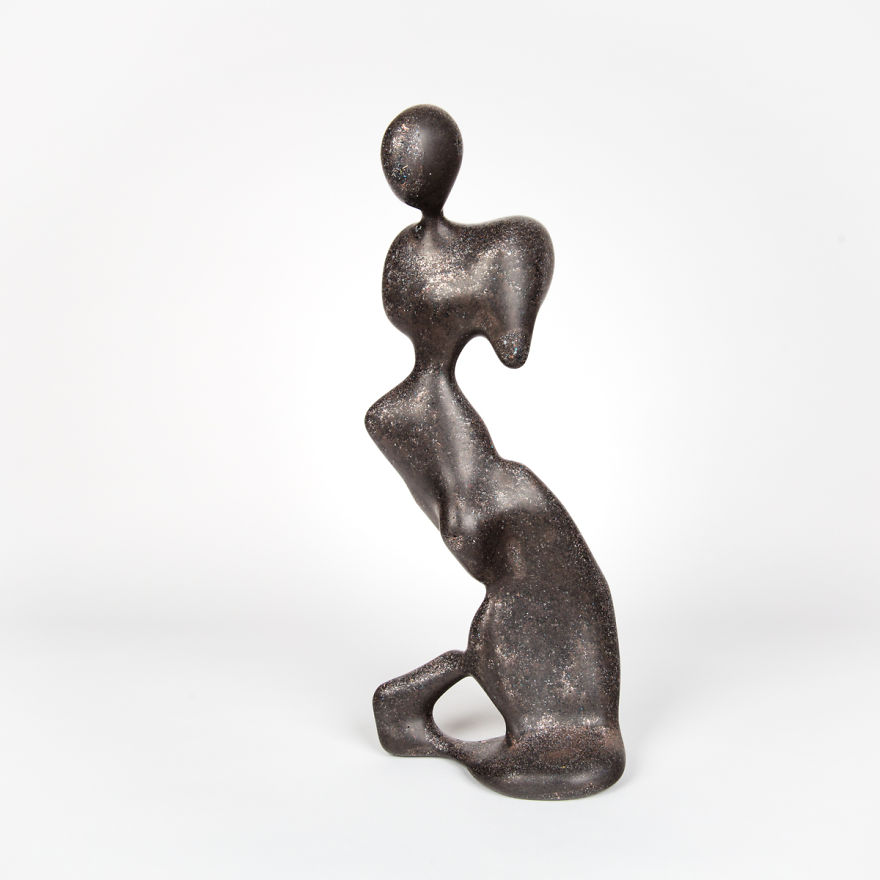 Dio began by trying to recreate from memory every sculpture it saw. To overcome what would be an incredibly difficult task even for the most talented of human sculptors, Dio instinctively distilled these sculptures into their most basic components, developing a visual vocabulary from which it could build up more complex forms. When Dio became practiced—when it became well enough versed in this visual language—I asked it to close its eyes and dream of a new form, to sculpt something which has never before been seen. 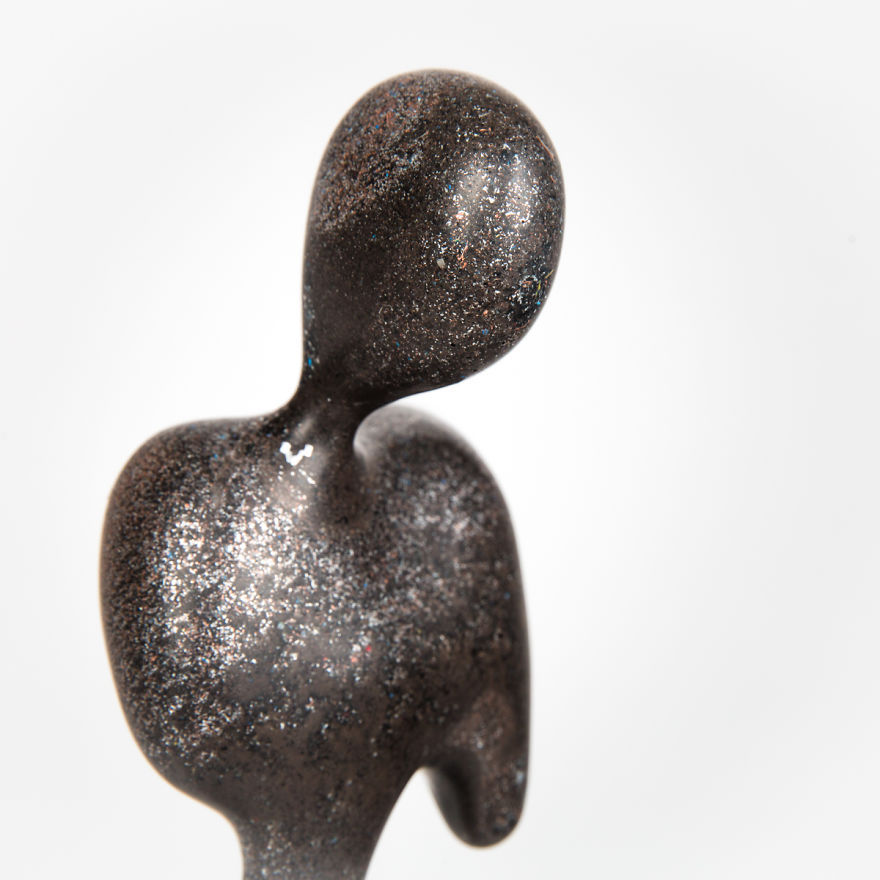 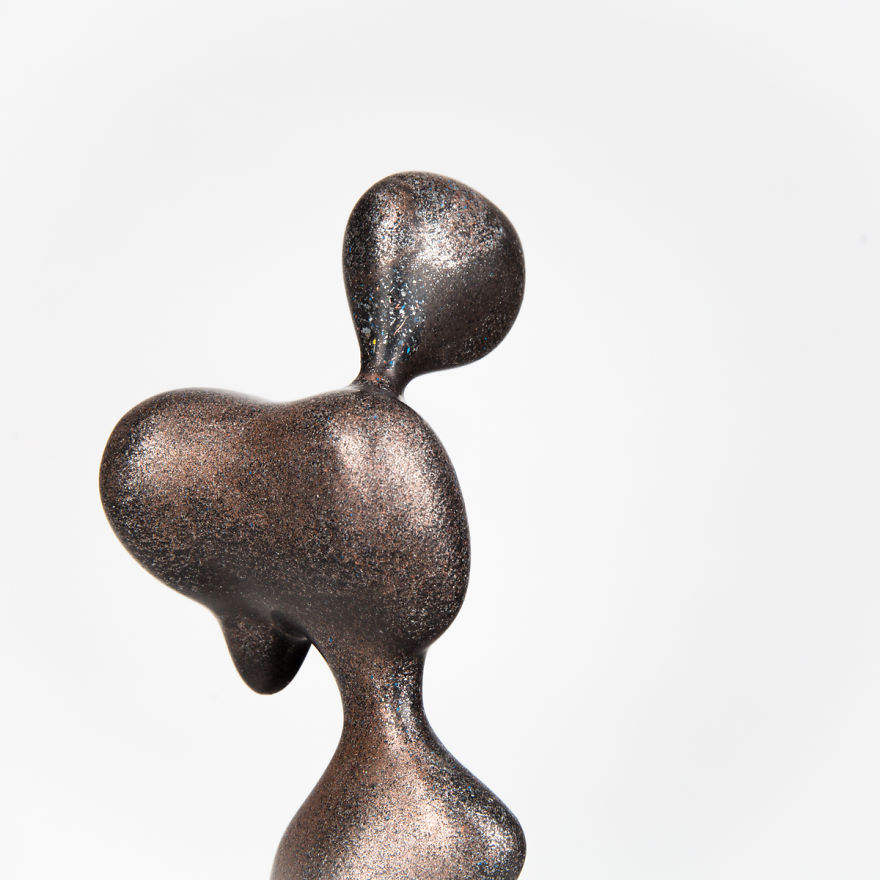 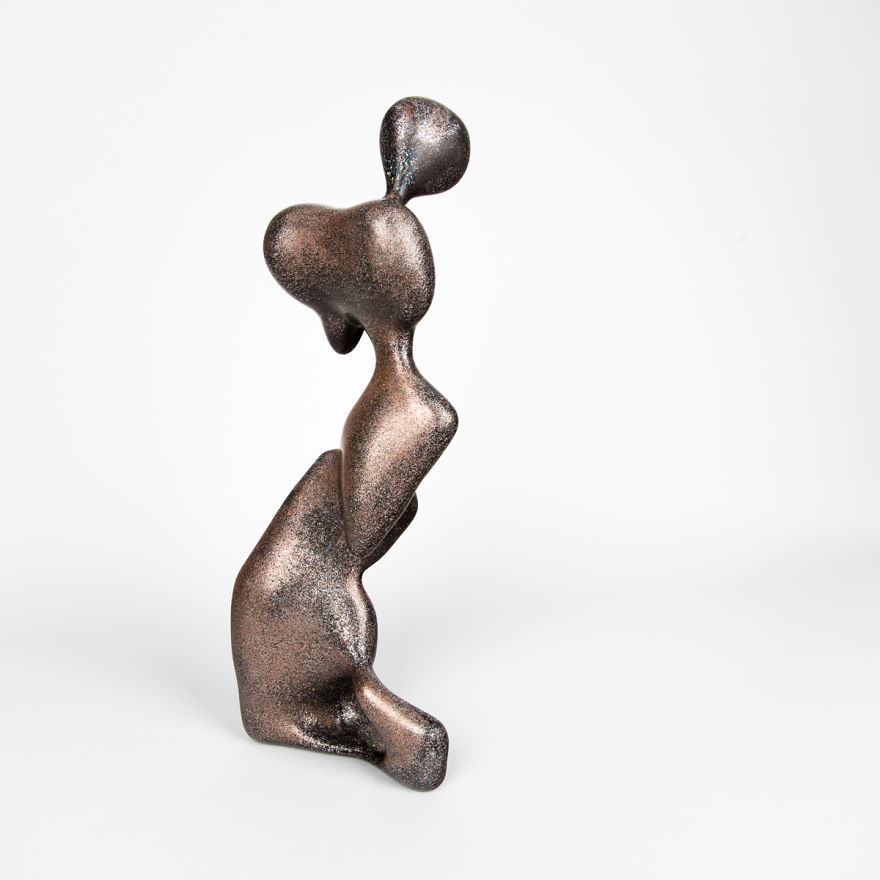 The final physical form possesses an uncanny figurative quality distilling the essence of Greek and Roman sculpture while hinting at the twisting forms of Constantin Brancusi, Jean Arp, and Henry Moore. This dream isn’t an average of everything Dio saw; rather, it’s an improvisation, a replaying and reconfiguring of memories. It’s the first utterance of a language for a being which has learned to see in classical sculpture. It questions the creativity, originality, and agency of the machine.

Holding Dio the sculpture, after being cast from its own computer dust 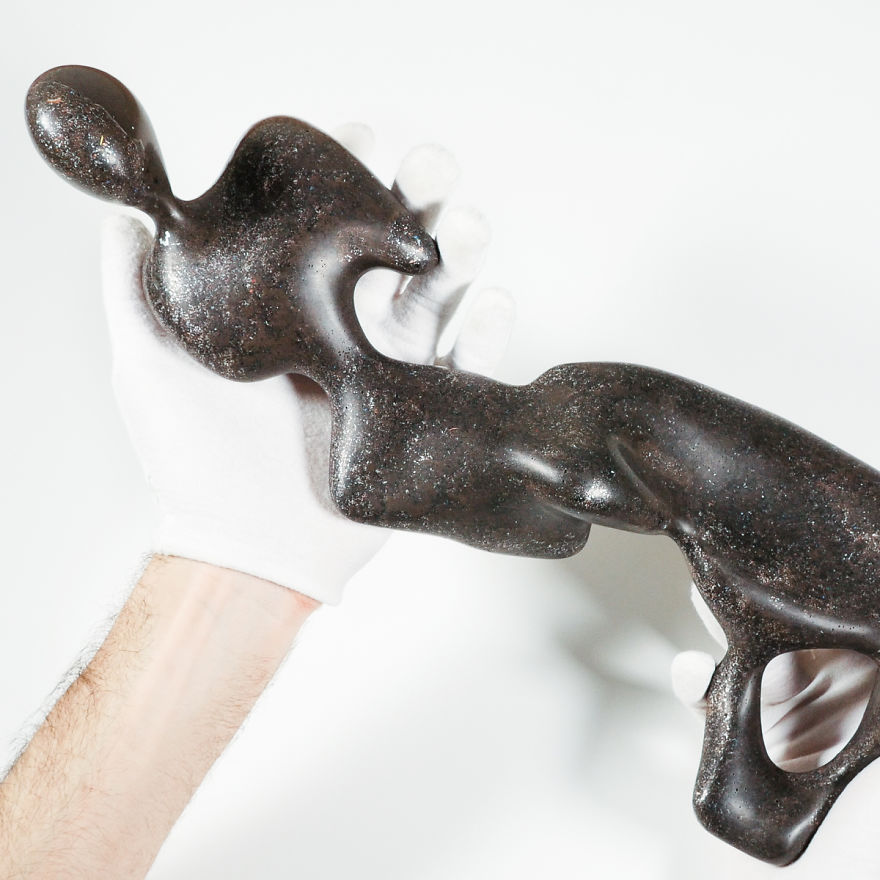 All of the components of Dio the computer, after it finished learning and dreamed of its own sculpture 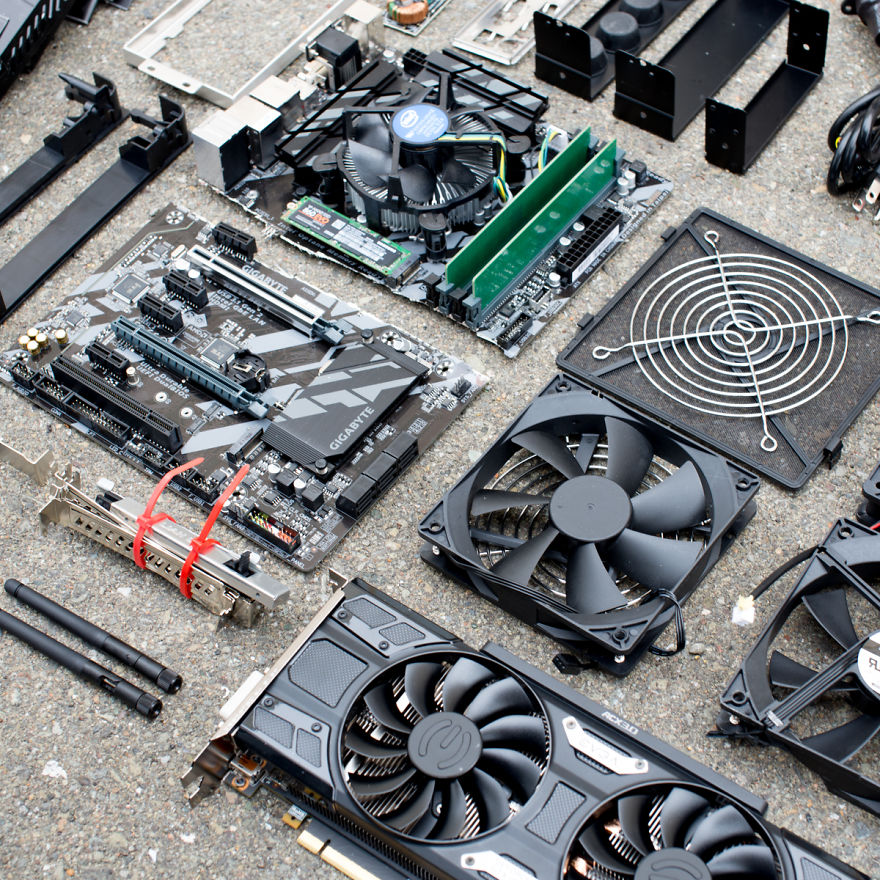 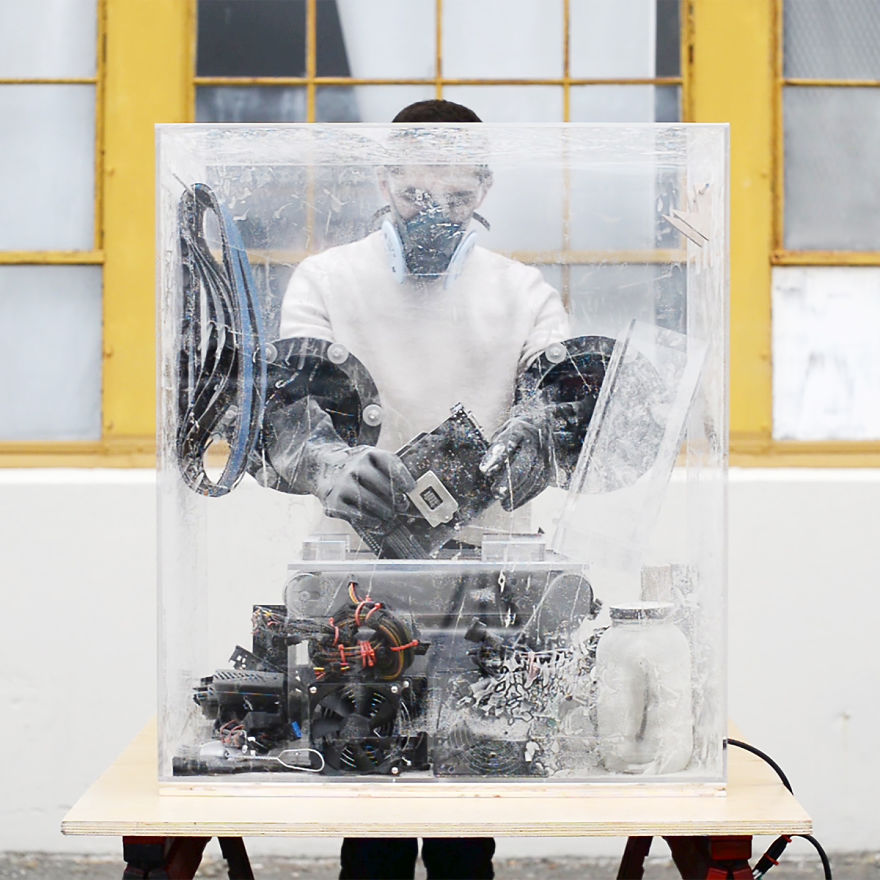 However, there’s something truly special about it. The sculpture and computer share the name Dio because they are one and the same. Not only made by the computer, but this sculpture is also materially made from the computer (Dio) that conceived it. I ground the computer to dust and utilized it as a physical medium. Every component of the computer—the motherboard, memory, CPU, GPU, cables, and case—was pulverized into a fine powder, mixed with resin and cast into the three-dimensional form it dreamt of—a form of equal volume but far greater significance. Thus, Dio, the computer was transformed into Dio the sculpture.

Grinding the motherboard on a 45 grit belt sander 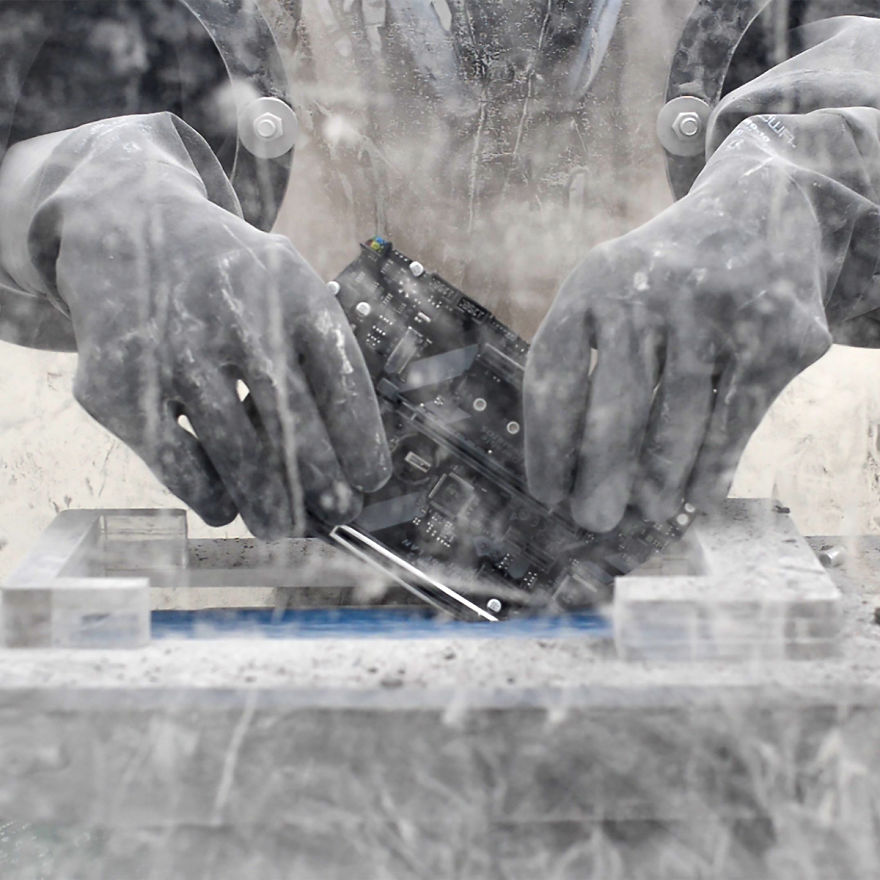 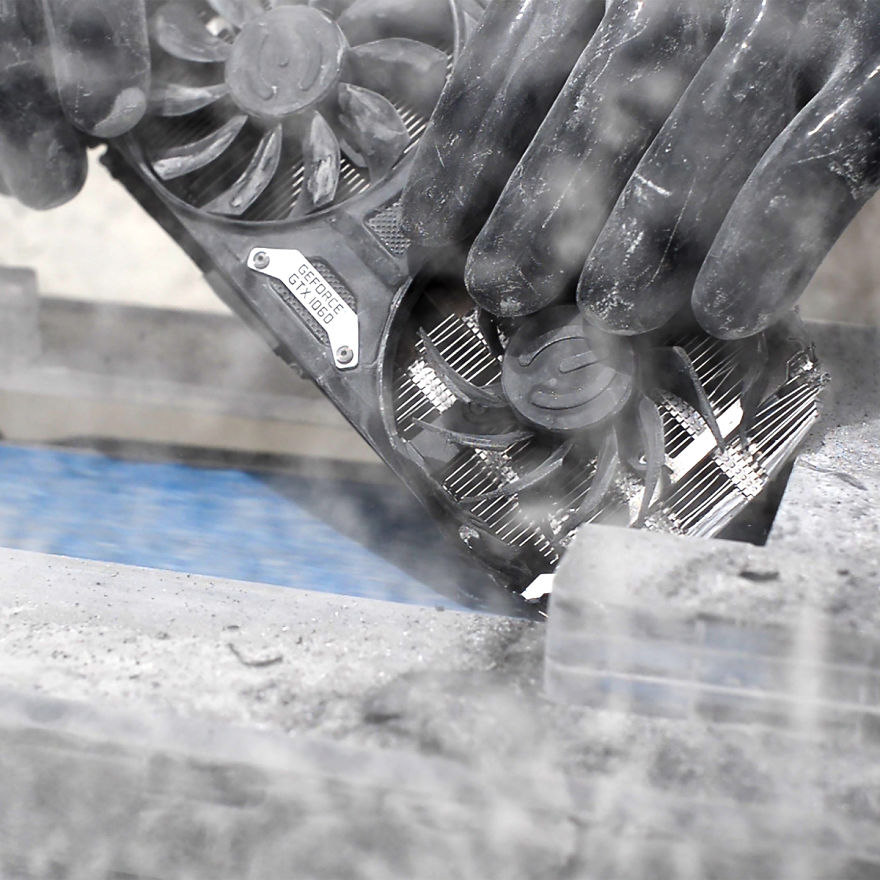 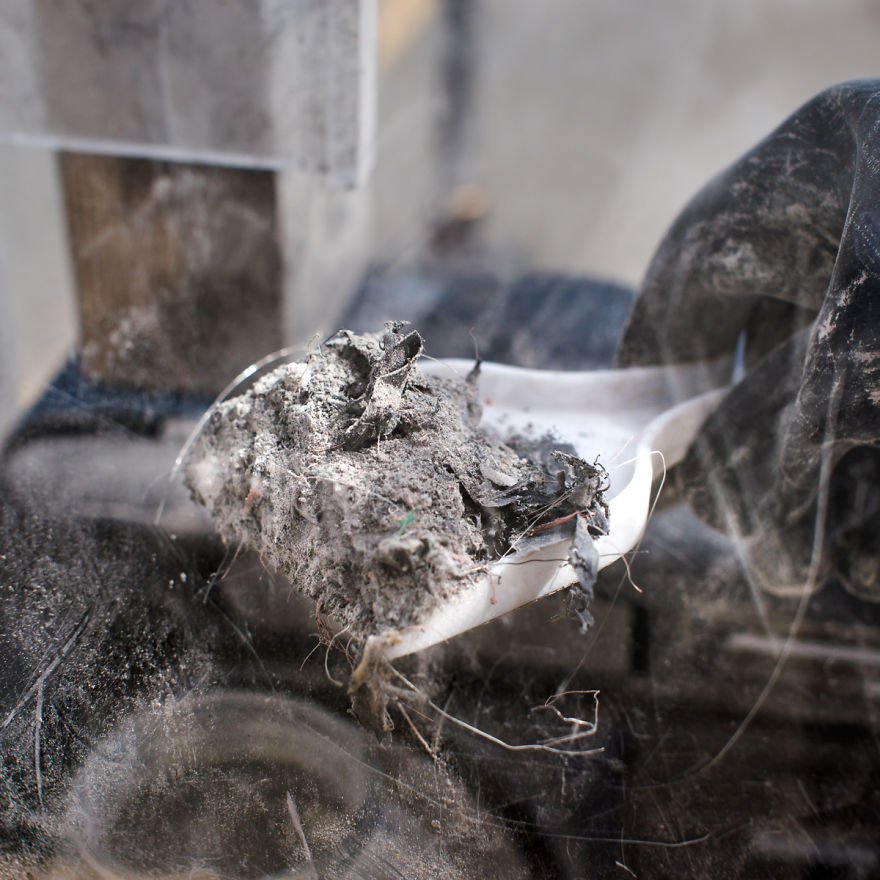 The dust of Dio the computer 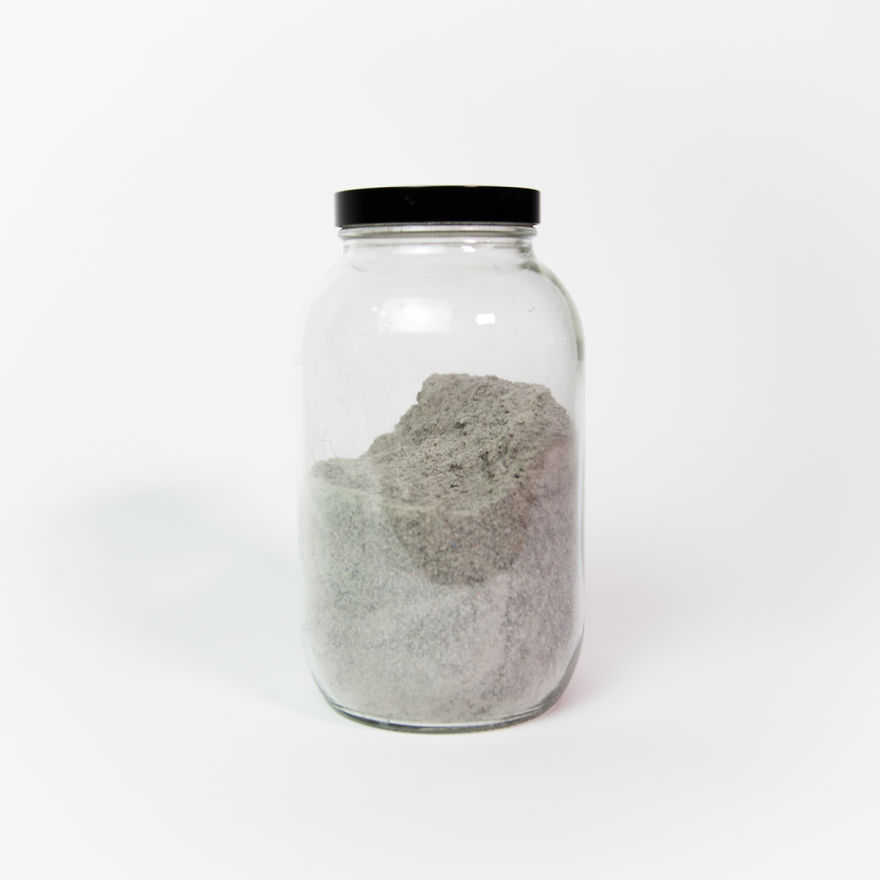 Reborn, Dio assumes a newfound physical agency. In this afterlife, it holds in balance two disparate realities: product and process, the beingness of an object and the coming-to-beingness of an object. On one hand, this mass bears a tactility in the bits of silicon, copper, plastic, and steel that comprised the machine. On the other, traces of the computer’s invisible processing power live on in its bodily form and in the bits of matter containing its thoughts and memories. Endowed is materiality upon the impossibly immaterial. Just as the classics worked in stone and bronze, so to is this sculpture materially of our time, made from the raw material of computation.