Loads of people have a fondness for anything Disney. For some, that ends with adorable cartoons, for others, it’s the long-life dream of going to Disneyland which for some it’s even an annual tradition. But this Disney life could be pretty hard to achieve, especially if you’re living somewhere not really that close to one. Most of the time, other theme parks are there to save the day if that’s the case. But there’s one particular theme park to be opened in the near future that could maybe even be called Disneyland’s equal as it’s planned to be equally terrific and exciting. That’s why it’s nicknamed UK Disneyland after all! More info: The London Resort 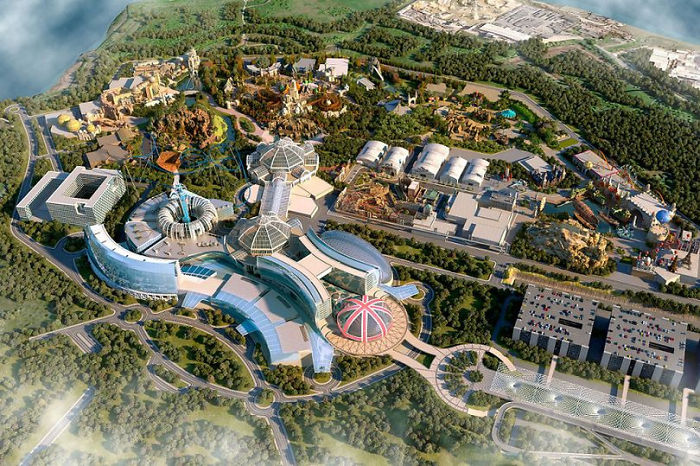 These new pictures of The London resort have recently surfaced and it seems the Brits may finally get some Disney-like fun coming their way as it’s already being nicknamed ‘the UK Disneyland’. The 3.5 billion pound resort is set to first open its doors to the public in 2024 and already made partnerships with the BBC, ITV Studios and Paramount Pictures. The theme park will be just 17 minutes away from central London and will be three times larger than any other park in the UK.

After the revelation, people started nicknaming the resort ‘the UK Disneyland’ 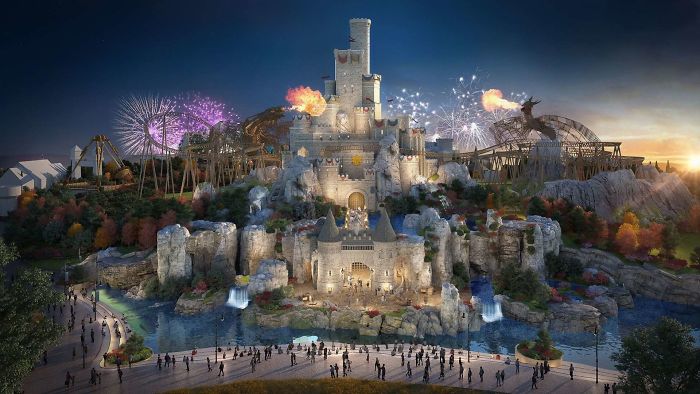 The 535-acre site will be built on the Swanscombe Peninsula near Dartford, with construction starting in 2021. The resort will contain two parks but only one of them will be opened in 2024. The second is planned to be opened five years later. The project aims to be the greenest theme park in the world and will pursue zero carbon emissions. To achieve this goal, it is teaming up with EDF Energy to ensure that it has the lowest carbon footprint. 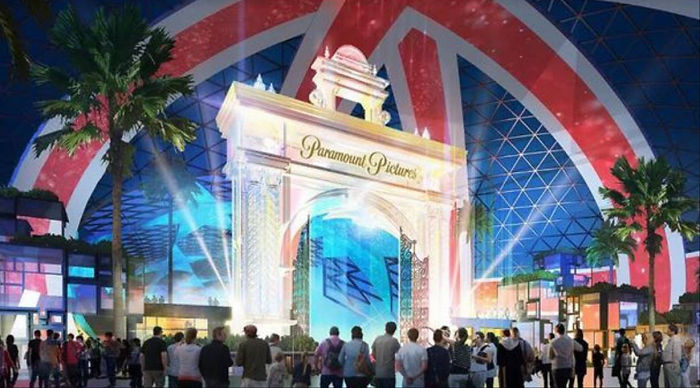 The entrance to the ‘UK Disneyland’ will be through a grand plaza that will lead guests through a high street full of various shops, restaurants, hotels, a convention center, and a waterpark. For those worrying about the gloomy British weather, we have some good news – it is expected that 70 percent of all the attractions will be covered. 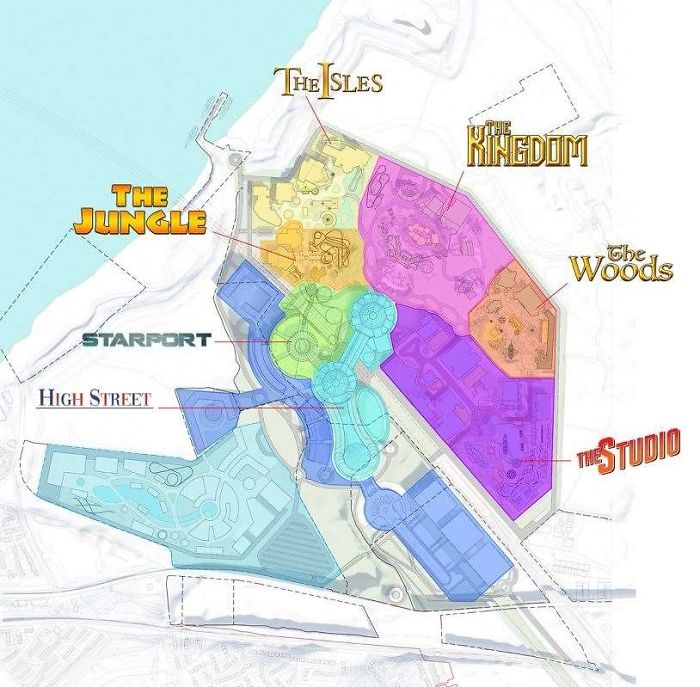 PY Gerbeau, chief executive of London Resort Company Holdings, said: “We are creating a first-class theme park. A destination that maximizes all the new, immersive and interactive technologies and experiences in the world. But we won’t just be creating a world-class leisure destination, it will also be one of the most sustainable theme parks on the planet.”

Some people were excited, some worried about the English weather and the traffic