The conflict in Syria is one of the worst humanitarian crises facing the modern world, and thanks to the atrocities inflicted upon the local population as a result of Islamic State’s violence, intimidation and terrorism, hundreds of thousands of people have been left homeless and displaced.

The unluckier victims have been tortured or killed, and ISIS’ cultural genocide in the region has gone a long way towards obliterating any art, culture or history which does not conform to their radical, fundamentalist interpretation of the Quran.

The fact that ISIS is actively targeting civilians means that no-one left in Syria is safe. Women, elderly people and children are being murdered with impunity, by way of either guns, bombs or chemical weapons. As if that wasn’t damaging enough, it’s already been proven that airstrikes deployed by the United States and Russia have no guarantee of distinguishing between combatants or civilians. 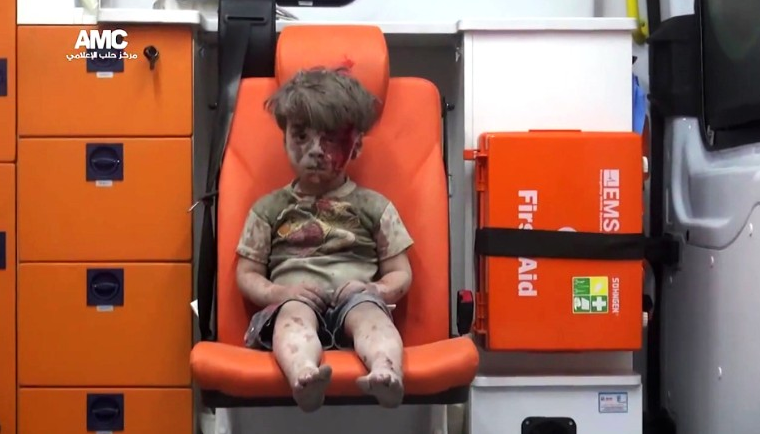 War correspondents and photographers working in the region have already captured numerous disturbing images of death and destruction. In August, the Western world was shocked by the sight of a little boy who had been injured in an explosion. Five-year-old Omran Daqneesh was captured sitting in an ambulance, covered in dust and barefoot, after surviving a military strike on the rebel-held Qaterji neighbourhood in the Syrian city of Aleppo.

Now, new footage from the Middle East has captured a different kind of story. Where the image of young Omran seemed to suggest hopelessness and death, the next clip seems to be a ray of optimism coming from a seemingly weak and vulnerable child.

The post Heartbreaking Smile Of Little Girl Who Survived Syria Explosion Has Shaken The Internet appeared first on Viral Thread.