Scammers usually don’t deserve our pity. Most of the time we see them as someone to report for preying on the weak and gullible. But once in a blue moon, we see the human side of scammers and realize that it isn’t all champagne, caviar, and Scrooge McDuck-style pools of gold coins on the other end of the line.

Imgur user Eddi3v shared a very human story about how he wanted to troll a scammer named ‘Patrick,’ but ended up listening to him tell his tale about why he scams people while he was ‘breaking down in tears.’ Bored Panda spoke to Eddie about the scammer’s call. Here’s what he had to say: “I’m amazed how many people it seems to have started a debate with, condemning or showing compassion for scammers.” Scroll down for the full interview.

When you’re done with this post, why not check out our previous articles about malicious scammers getting their comeuppance here, here, here, and here. And let’s not forget about this one here. 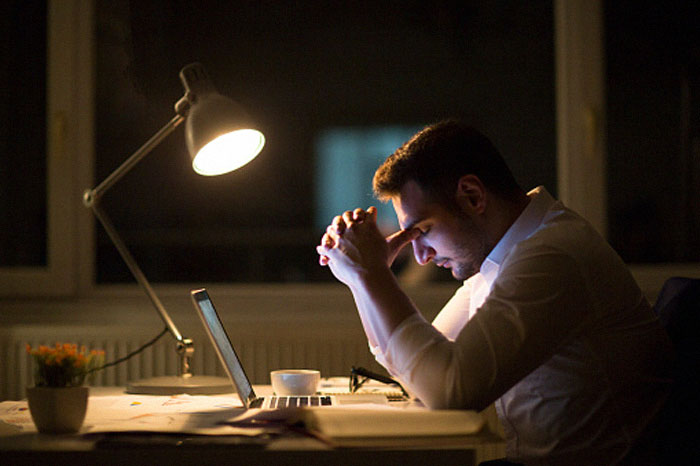 “Scam caller breaks down in tears” 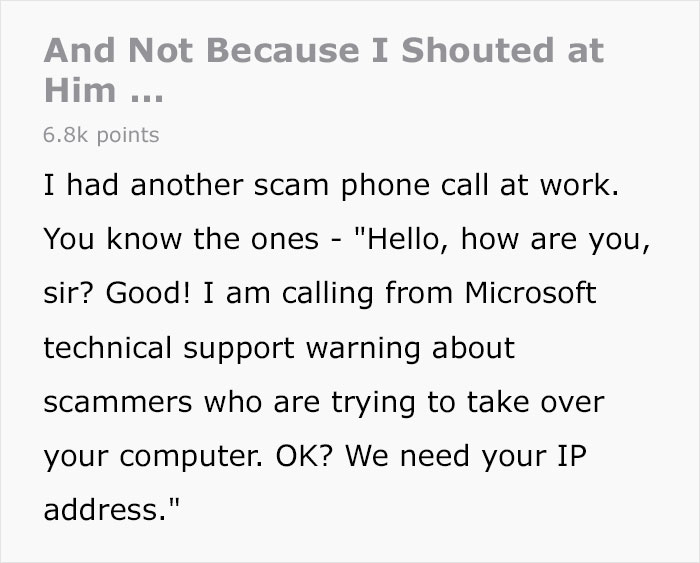 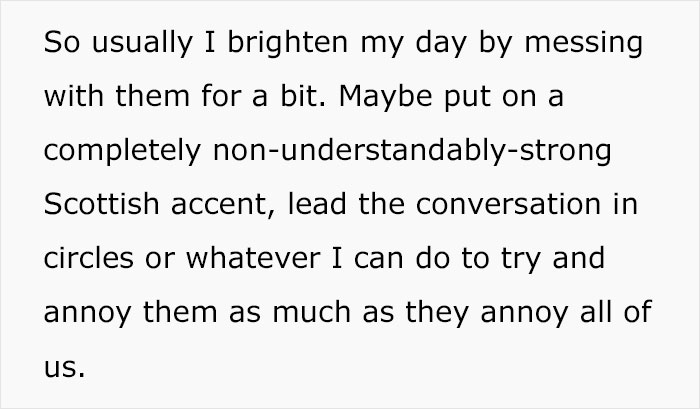 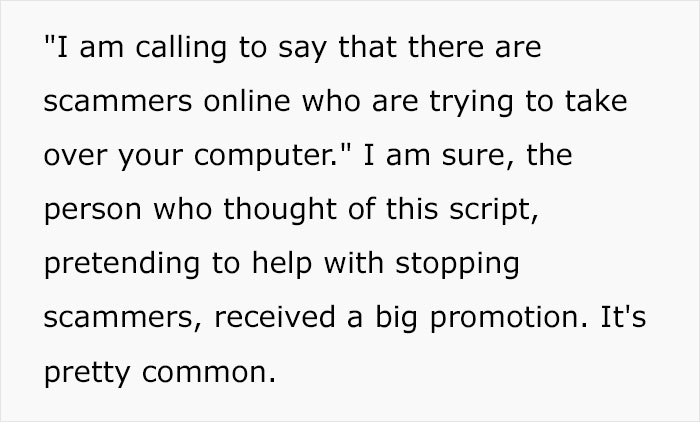 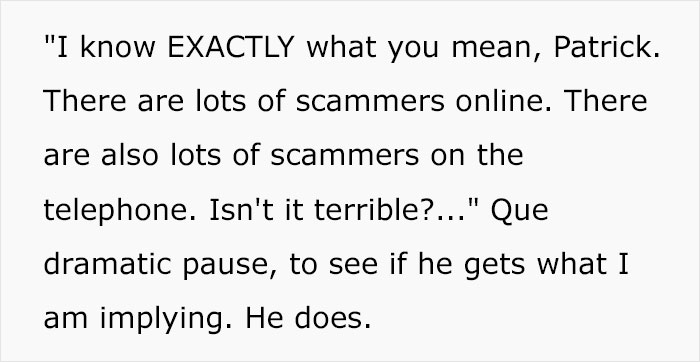 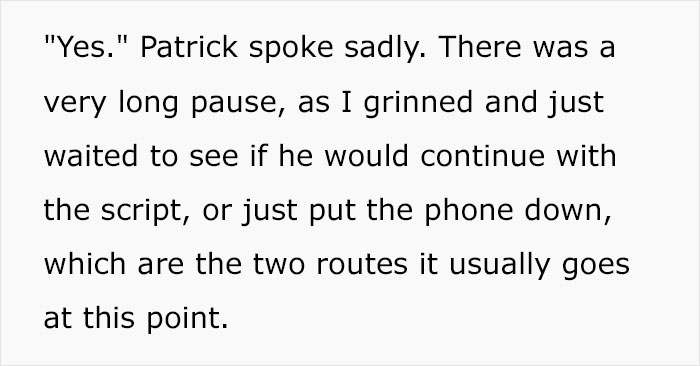 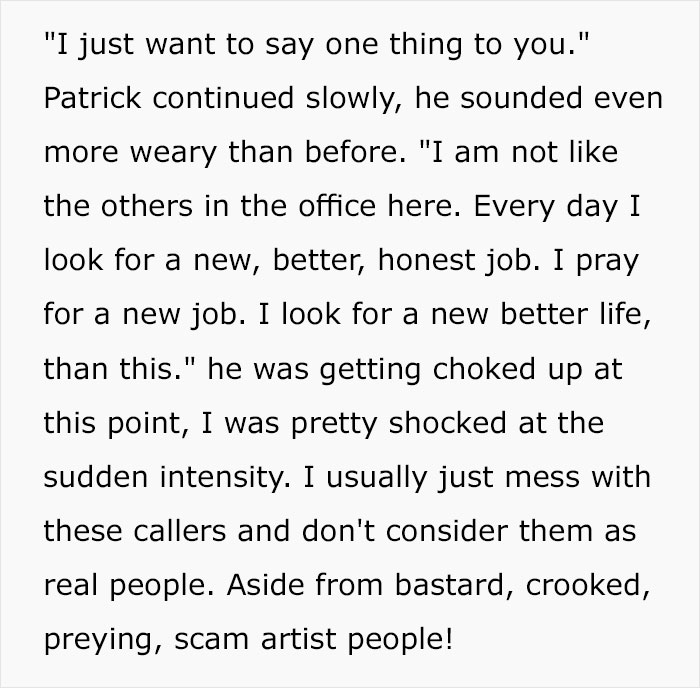 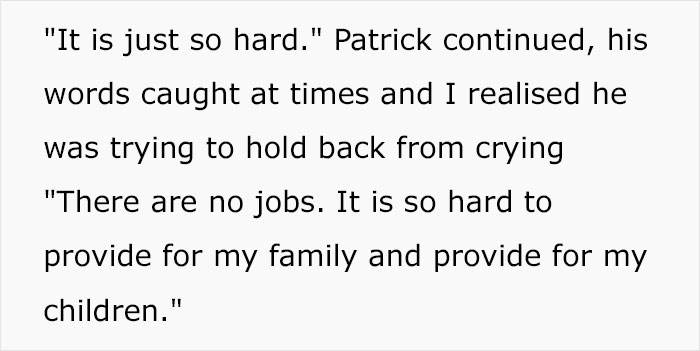 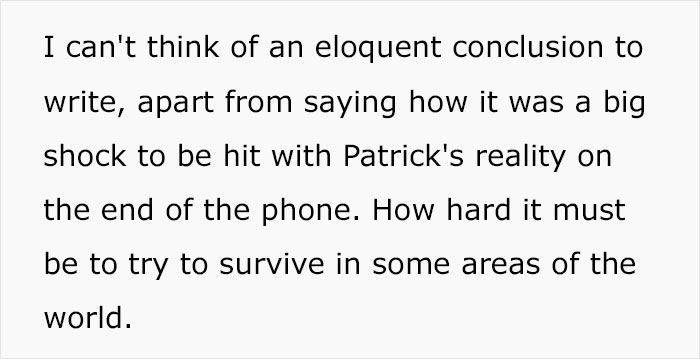 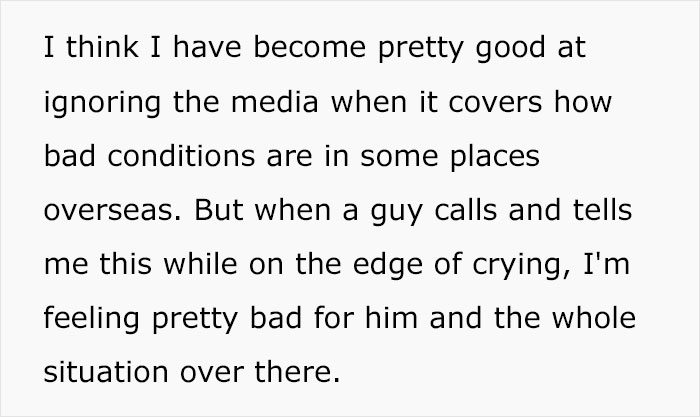 “I’d like to believe that most of us are inherently good people and would be forced into such a job,” Eddie mused about whether scammers choose what they do are forced into their line of work. “I can’t imagine going home from work, after a long day trying to scam people and thinking “that was a productive and honest day in the office.” It’s probably not going to make anyone feel good about themselves.”

According to Eddie, most people don’t think of scammers as human beings because “it is much easier for us to not think too hard about it. When someone calls you trying to trick you out of money, most people’s first reaction is to call them a bastard and just dismiss it. Not to consider why they are doing this and how desperate they could be, to resort to such a crooked job.”

Eddie said that one thing that he suggests doing if you ever find yourself talking with a scammer on the phone is to “tell them that I hope they are looking for a better job and hang up.”

He also said that he was sure that ‘Patrick’ wasn’t pretending or scamming him when he was on the verge of tears: “He had nothing to gain from pretending, he has not called back. He hung up afterwards and did not ask for anything. If he put on fake tears with every caller, he’s going to be very dehydrated after an 8 hour shift!”

“I’d just like to add that I in no way condone what they are doing, scamming vulnerable people is totally wrong and a crime. It was just that after talking with ‘Patrick,’ it was an eye-opener to hear how some scammers are reluctantly forced into it by the poverty in their country and the pressure to provide for their family and kids. Which is a sad reality that most of us don’t think about.”

Eddi3v uncovered the hidden side of scam callers: that some of them are incredibly poor individuals who live in 3rd world countries and choose this line of work out of desperation, a lack of ‘honest’ jobs, and a desire to provide for their families.

The situation makes us pity ‘Patrick,’ but it’s a classic philosophical conundrum that we’ve seen many times over. Do the ends justify the means?

Does a desire to do something good (make sure your family is fed and has a roof over their heads) mean that it’s alright to make others suffer? That fact is, it’s not like ‘Patrick’ was stealing food from his local market; he’s on the phone, scamming strangers half a world away. Whether or not ‘Patrick’ is right or wrong—that’s for each of us to decide. Share your thoughts with everyone in the comments.

Scammers have been changing their approach to match modern technological developments. For example, Forbes writes that one scam artist recently used an artificial intelligence-generated voice deepfake to swindle 220,000 euros (243,000 dollars) out of a UK-based energy firm CEO.

He believed that he was talking to his boss in three separate phone calls. The deepfake was so good that it carried the boss’s German accent, as well as the ‘melody’ of his voice. The times we live in, huh?