It might be surprising to hear this, but film as a medium has been around for over a century now, with the first movies coming out as early as 1878.

Film has come a long way since then, and though we would recognize early works like The Horse In Motion from 1878 and The Roundhay Garden Scene from 1888 as video, we wouldn’t call them movies nowadays as they are no longer than 15 seconds and lack any sort of plot, among other things.

But everything has to start somewhere, and though the roots are humble, they are nevertheless crucial.

Fast forward to 2020 and people are still looking back at history’s most iconic films. Well, and also doing much more than just looking back. 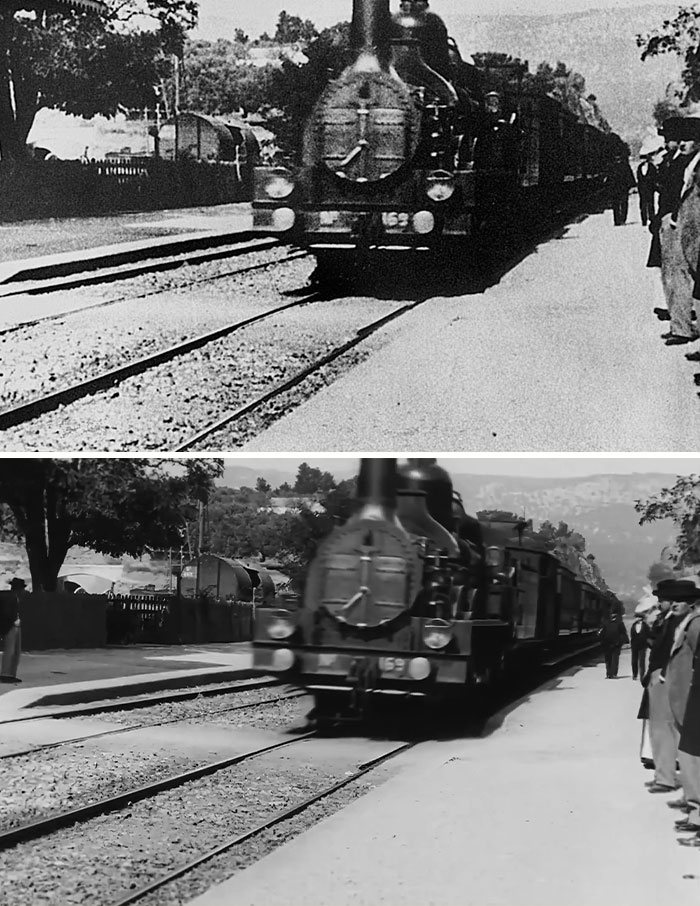 A YouTuber by the name of Denis Shiryaev recently had an idea to pay respects to a short film from 1895—Arrival of a Train at La Ciotat (Fr. L’Arrivée d’un train en gare de La Ciotat) by the Lumière Brothers—by adding some visual improvements to it. Bored Panda got in touch with Denis Shiryaev for an interview on his HD-ification project with this movie.

Shiryaev made use of two publicly available software solutions, namely DAIN Depth-Aware Video Frame Interpolation and Topaz Labs’ Gigapixel AI, to upscale the historic short film to 4K resolution and to increase the frame rate to 60 frames per second

With the help of AI, he managed to upscale the vintage film to 4K resolution and 60 frames per second 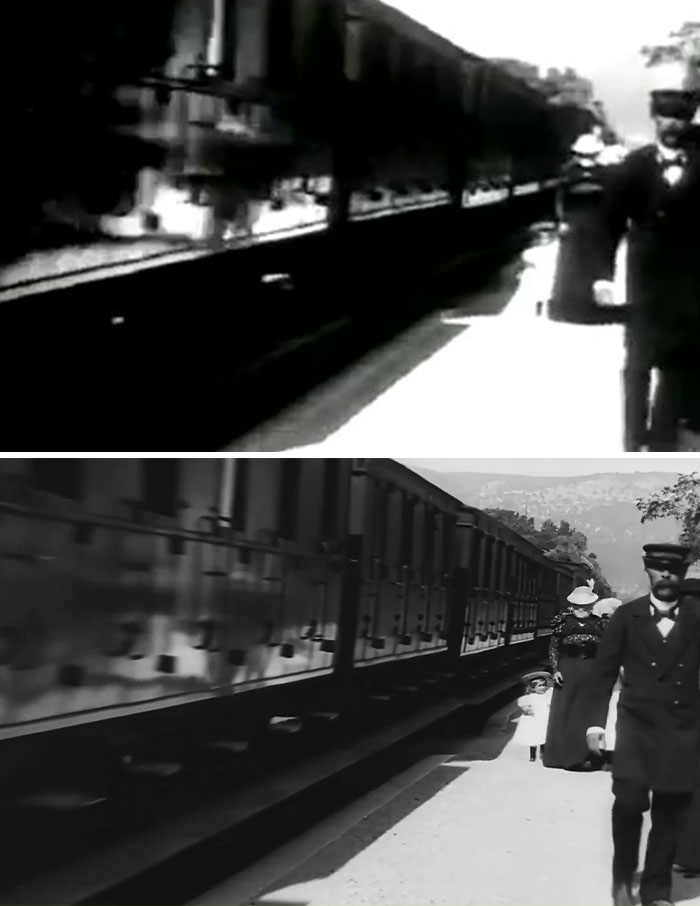 “It is just a hobby, and one of my many projects,” explained Shiryaev. “I like to dabble in all things machine learning, and this is certainly not my first attempt at making something as “futuristic” as this.” He was referring to another one of his projects where he used neural networking facial reconstruction that turned a forensics drawing of an unknown woman’s face into a realistic photograph.

Now, just stop and think about it for a second: a choppy black and white independent short film from over a hundred years ago shot on one of the first-ever motion capture devices ever has been remastered to look like it was made with an advanced smartphone camera capable of increased frame counts and a “classic” filter slapped on top.

This is a pretty impressive technological feat, for a lack of a better description. 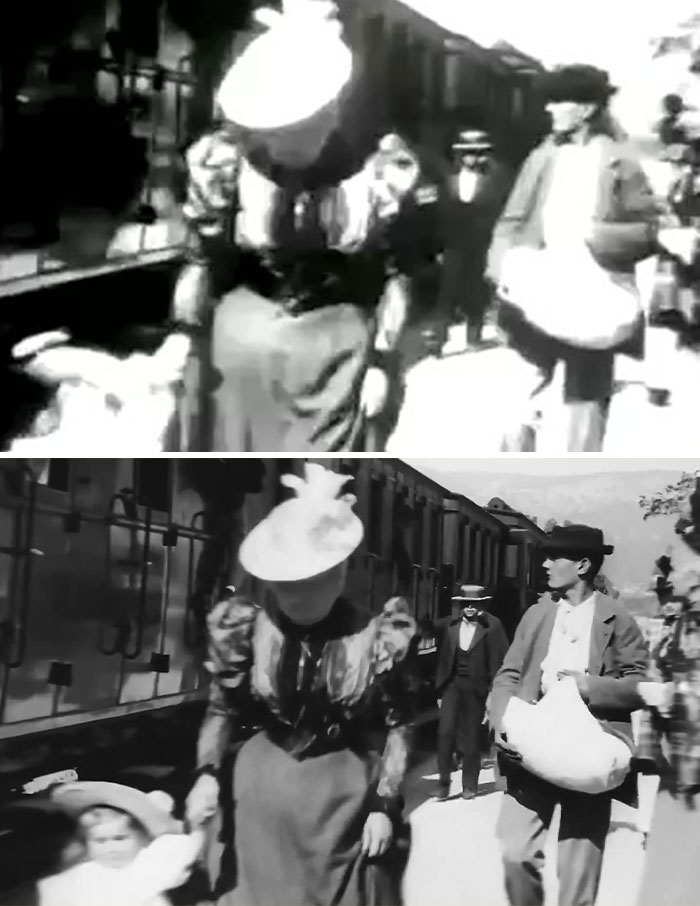 When asked why he chose the Arrival of a Train at La Ciotat, Shiryaev had this to say: “It’s just one of many in the list of the oldest films in history. I hope people will now be a bit more inspired by this example and will use those same algorithms that I note in the video description to make more of it.”

Best part about this whole thing? Deoldify Videos took the improved video and colorized it. So not only does the world now have an upscaled 4K and 60FPS historic movie about a train arriving at a train station in France, but we also have it in color. What an amazing time to be alive for tech and film enthusiasts.

All we now need is someone to put in some sound. WAIT! We already have that. Paul Hodge also made an attempt at colorizing the movie and added a basic sound track on top of it.

“Arrival of a Train at La Ciotat” was originally made in 1895, but only shown to the public in January of 1896 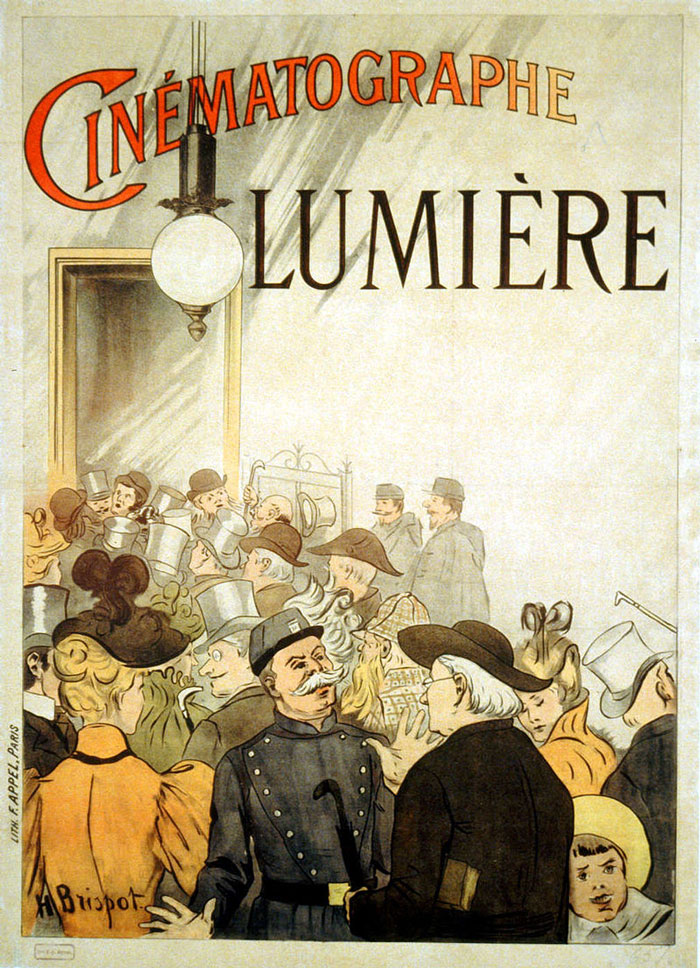 Compare for yourself, this is the original video Shiryaev used:

In the long run, this may lead to a number of other individuals and even companies beginning to restore and improve vintage movies, boosting their appeal and empowering them to provide a crisper film experience to the viewers.

Despite it being all done using AI, it was nevertheless a project that required effort, patience and diligence. It wasn’t, however, a problem for Shiryaev as he joked about how “difficult” it actually was: “I think that the hardest part was to sleep next to a PC that is calculating stuff for 3 day in a row—it’s just loud!”

Lastly, we asked Shiryaev if he has any plans on HD-ifying more vintage videos, and film and space nerds rejoice: “Yep, I like old movies and space. I will try to restore some of the Apollo missions’ footage next.”

… and this is the remake:

Arrival of a Train at La Ciotat is an independent black and white silent documentary film directed and produced in 1895 by Auguste and Louis Lumière. The 50-second movie shows a locomotive pulling up to a train station in La Ciotat, a French coastal town, and people boarding.

The film is mostly known because of a bit of trivia behind it: during its first public screening in 1896, people were nowhere near as used to imagery as we are today, so much of the audience reacted in screams and began running away as they thought an actual train was coming at them. This is, however, a myth, but a myth that made the movie much more memorable.

Believe it or not, DeOldify colorized the remade version and it looks even more spectacular

Shiryaev also made a note that the video has been getting a lot of attention and many have been crediting him as having done something unique, but he considered that a bit unfair: “Anyone can repeat this process with algorithms that are currently published on Github. All of them are in the video description. Credit should go to DIAN, Topaz AI, ESRGAN, Waifu2x, DeOldify, and other developers who are a part of the worldwide ML-community and contributing to humanity by making these algorithms publicly available.”

Have any ideas on what iconic films should be HD-fied? Let us know in the comments below!