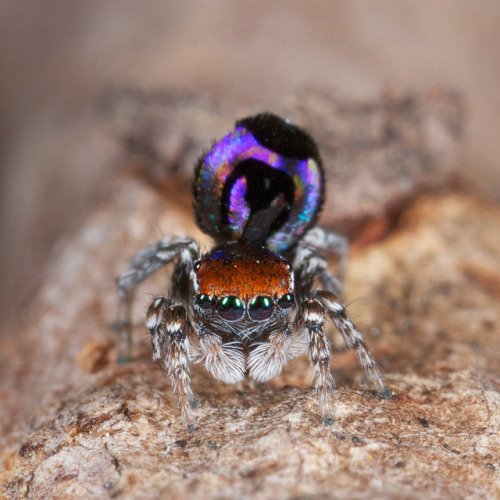 Go on, 2018, show us a headline more delightful than this. We dare you.

Today we learned that scientists refer to the dazzling spectacle of a male peacock spider waggling it’s colorful rump during his mating display as ’nature’s smallest rainbow.’

“…in fact, peacock spider bodies measure at most 5 millimeters (0.2 inches) long, according to a new paper published online in the journal Nature Communications. The researchers also noted that the flashy display is the only known example in nature of males deploying all the colors of the rainbow to entice females during courtship.

Head over to Live Science to learn about this awesomely colorful and itty-bitty phenomenon.