Game of Thrones fans were up in arms over the ‘Battle at Winterfell’ because they couldn’t see a thing – well in this weeks episode “The Last of the Starks,” the fourth episode (and third-to-last) of the eighth and final season, it appears they saw too much. During a party scene in the better lit episode, fans noticed a prop that didn’t appear to fit in with quasi-medieval realm – a lone Starbucks cup.

Despite the hard work and attention to detail the production designers and their crew put into each episode, it seems someone didn’t have their coffee that day and left the unapproved prop laying in front of Emilia Clarke. 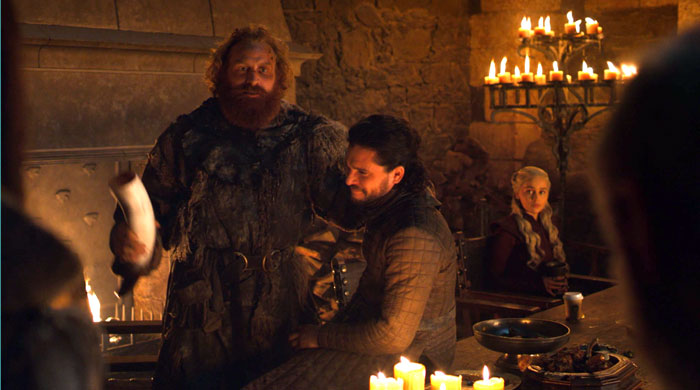 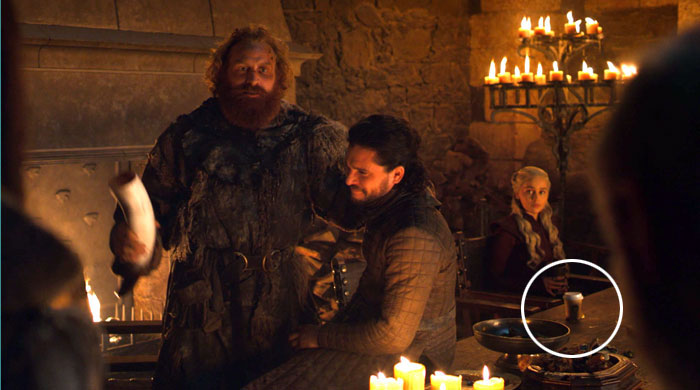 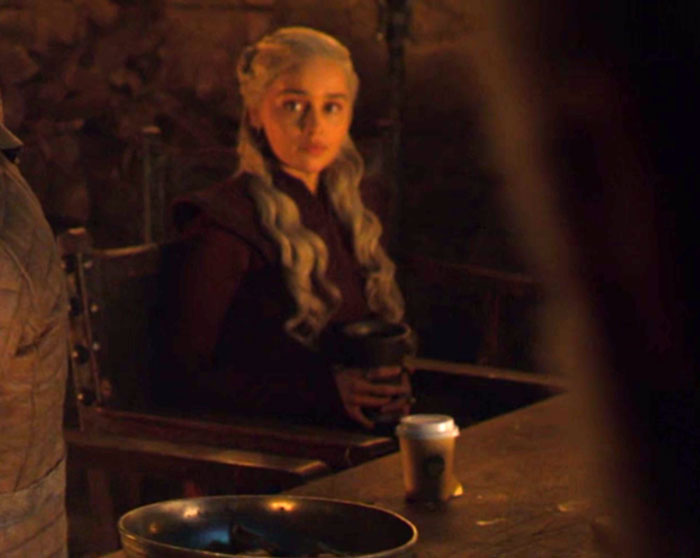 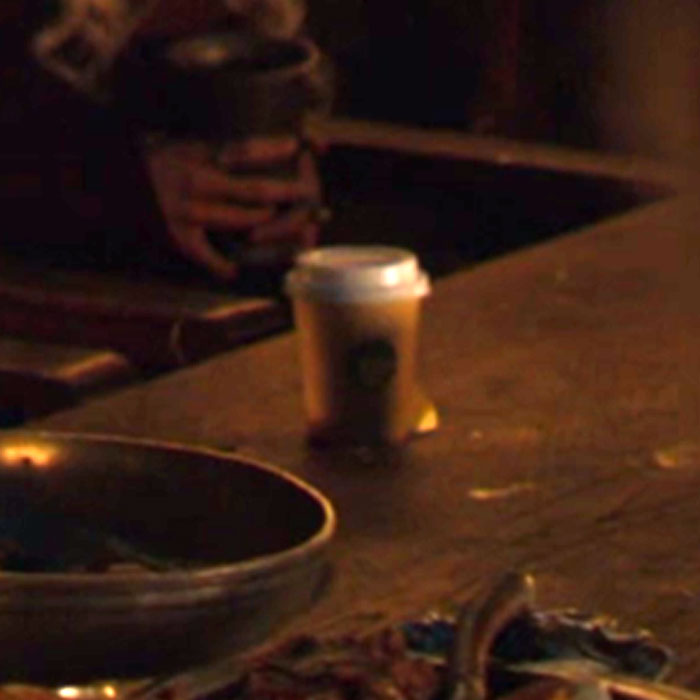 Prop mistakes and lighting are not the only features that have caused a buzz among Game of Thrones fans this season. Some of these die-hard viewers have gone so far as to call season 8 the worst season out of all of them, with “Game of Thrones Season 8 Sucks” even trending on Google. So what has the internet so pissed (besides not being able to see)? Many have expressed frustration over lazy writing, saying that they have strayed from the well-thought-out plot points and dialogue that people pulled people in in the earlier seasons; while others add they appear to be rushing towards the end.

The whole fiasco started when a fan posted this pic 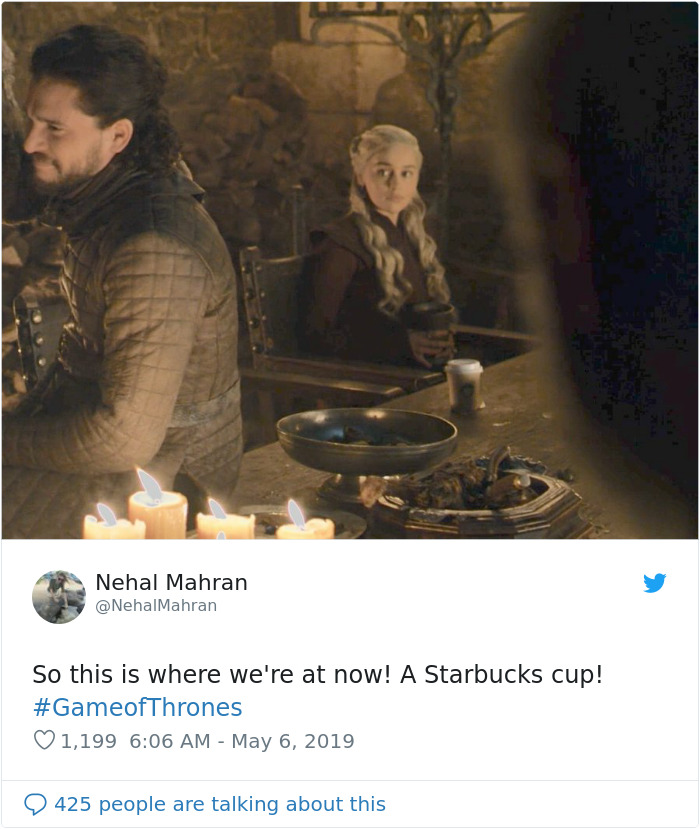 Other’s doubted whether it was real

But then was confirmed as the real deal with screenshotted proof, and while some folks thought it was hilarious 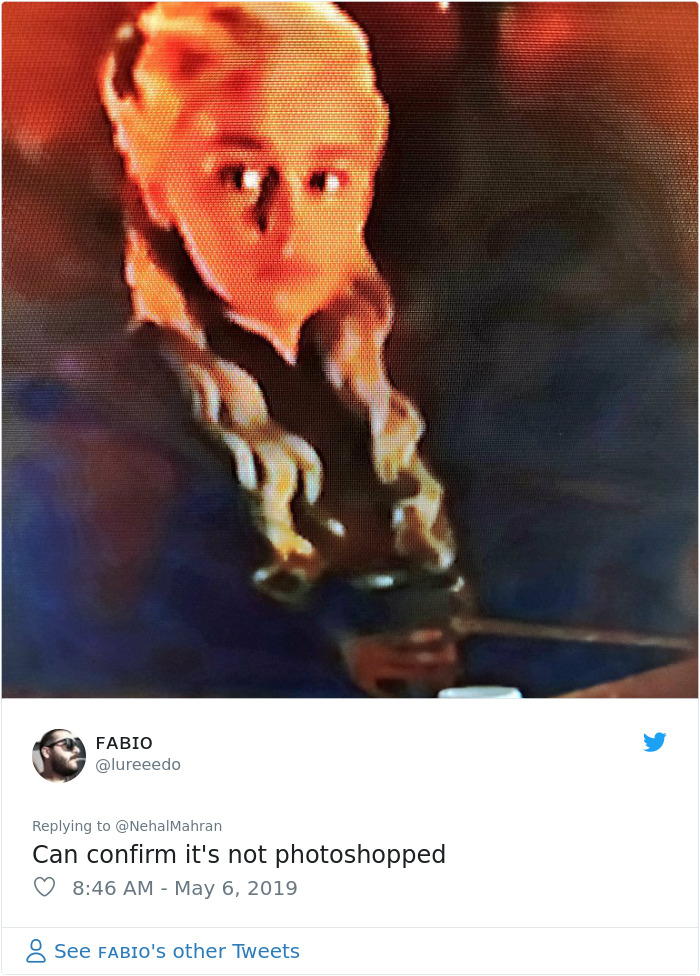 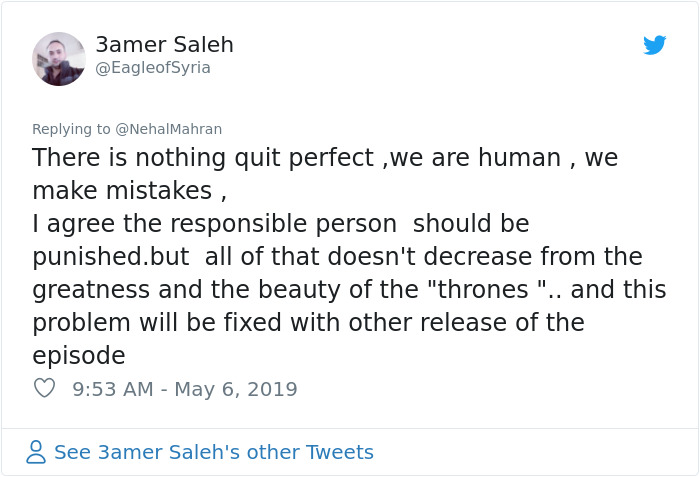 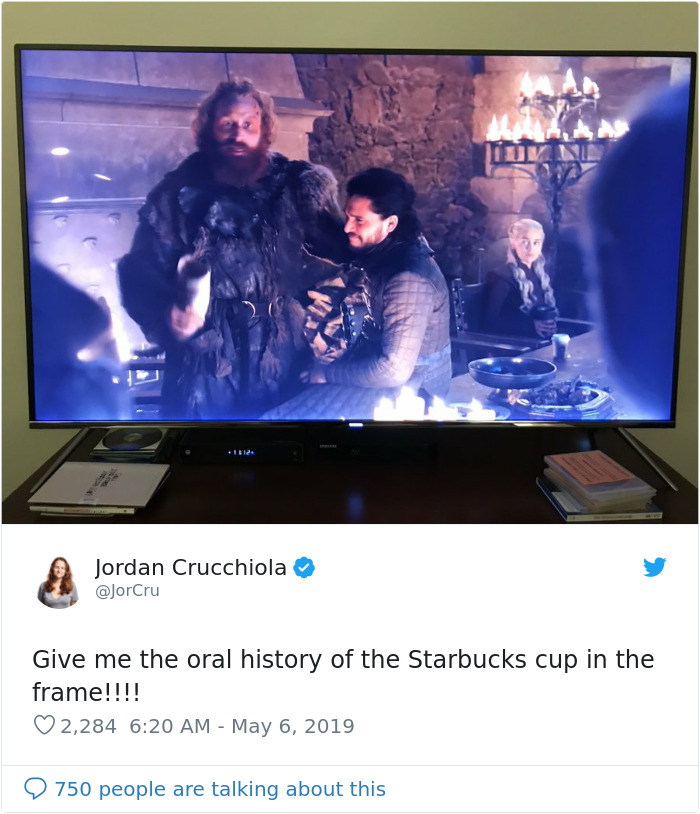 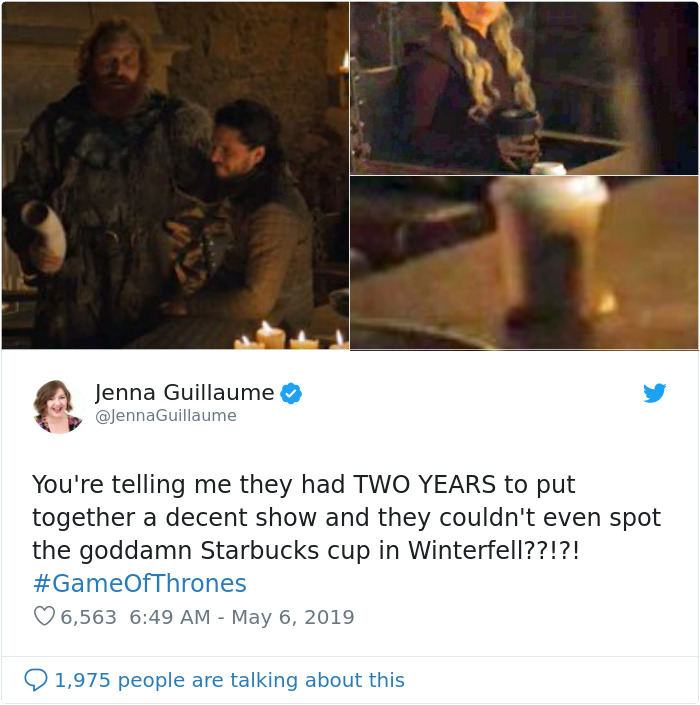 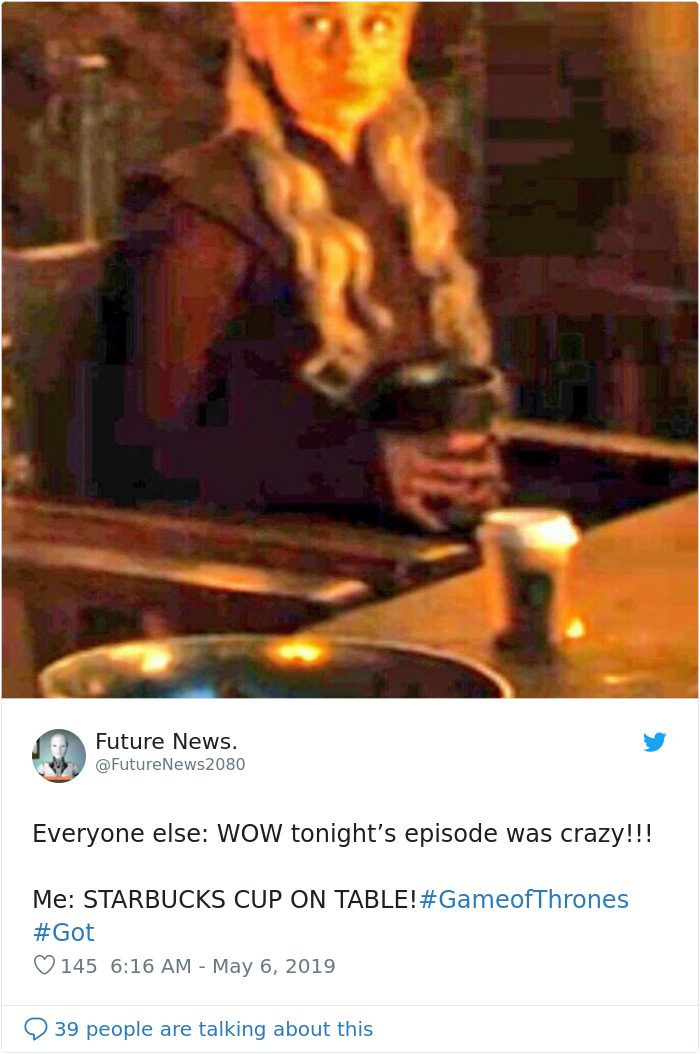 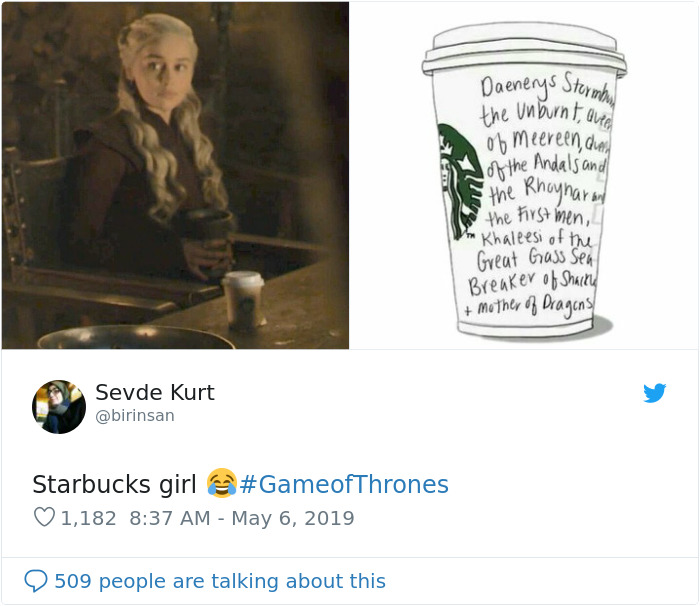 One thing is for sure, we pity the barista who had to try and spell Daenerys right 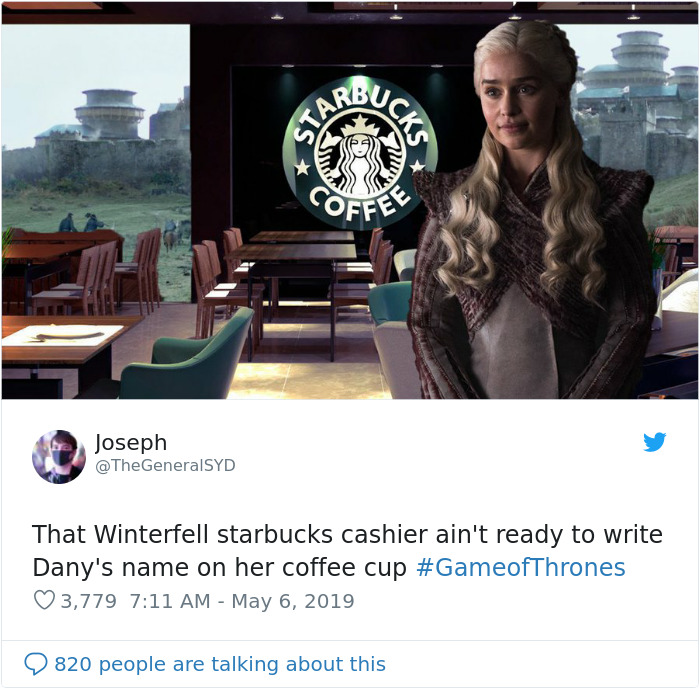 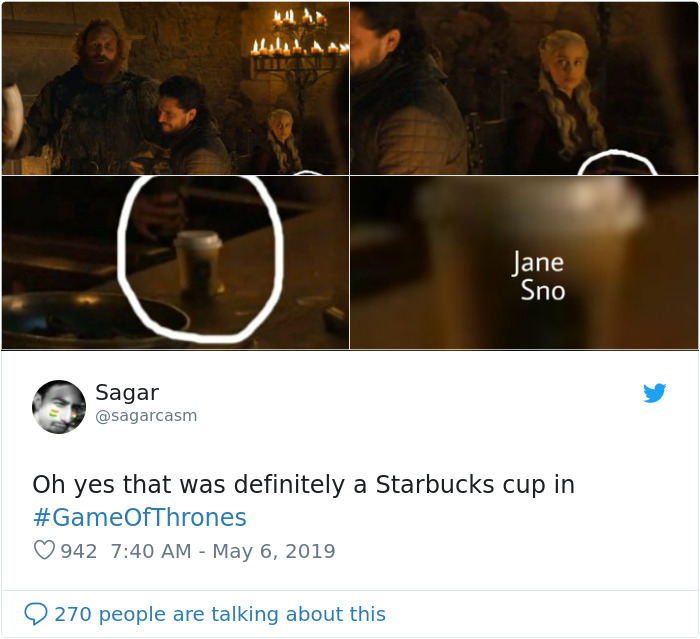 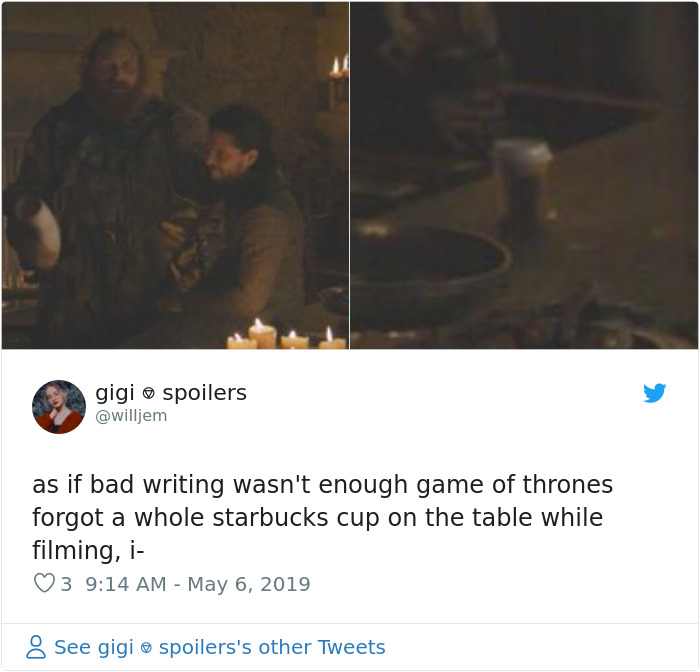 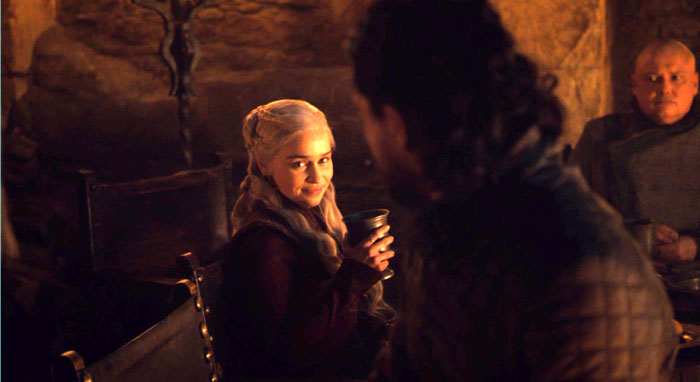 Check out these GoT Facts That you Probably Didn’t Know!