Most likely, the majority of you remember Rebecca Black’s infamous song “Friday.” It debuted back in 2011 when the singer was only 13 years old and went viral overnight. However, the freshly released music video became insanely popular not because of its artistic value, but rather the lack of it. Soon enough, Rebecca became a victim of extremely harsh bullying and trolling, both online and in real life. The teenage singer told the media that the harassment became so bad and cruel that she was forced to drop out of school. Yesterday, Rebecca took to her Twitter to share a heartfelt message about what she’d tell her 13-year-old self. This time, nobody was laughing.

Rebecca Black, the singer of the infamous “Friday,” has recently opened up on Twitter 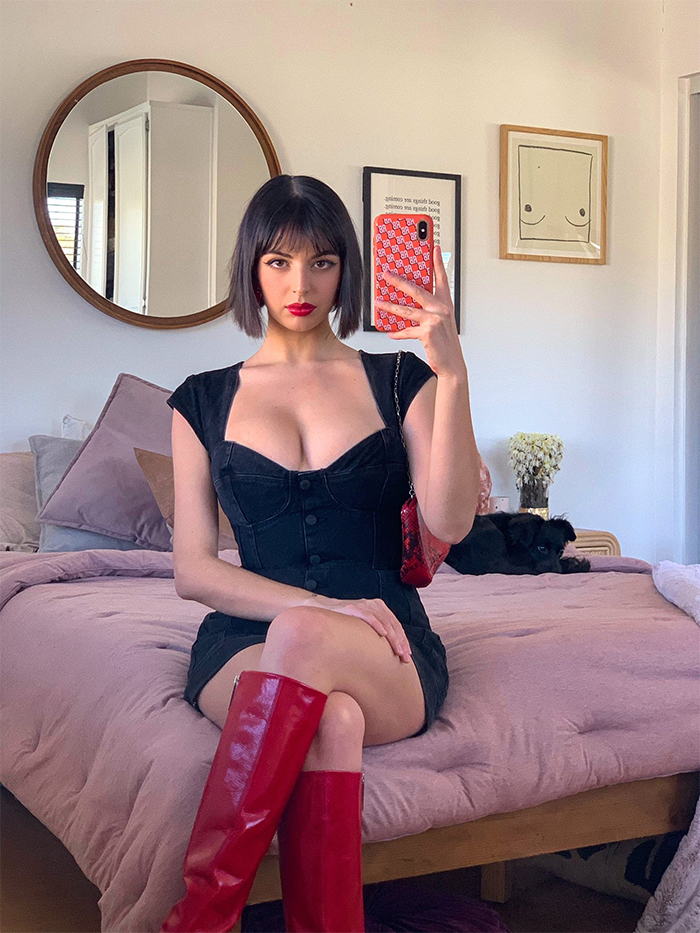 The music video for “Friday” went viral after it was shared on YouTube and one popular comedy site picked up on it. Rebecca was overwhelmed with all the negative attention she received. Online, there were people commenting such atrocious statements as “I hope you go die,” and they weren’t easy on her in real life, either.

The music video for the song, released in 2011, has more than 3 million dislikes on YouTube

The song was pulled from the video-sharing platform over a copyright dispute with Ark Music Factory, but was re-uploaded in September of 2011.

It is not the first time the singer has opened up about the soul-crushing experience, though. Back in 2017, she wrote a powerful essay to NBC News. In it, the young singer wrote: “One minute, I was a normal girl and then, in the next, millions of people know who I was and they were ruthless in hurling the most vile words my way,” Rebecca writes. “People were writing things all over the internet, on social media and they were laughing at me on TV shows, and making fun of me in YouTube videos. It was open season and I was the target. The fact that there was a human, a person—a 13-year-old girl—on the other side of the screen seemingly escaped so many people’s attention.”

In a heartfelt message that she shared, the singer writes what she’d tell her own 13-year-old self 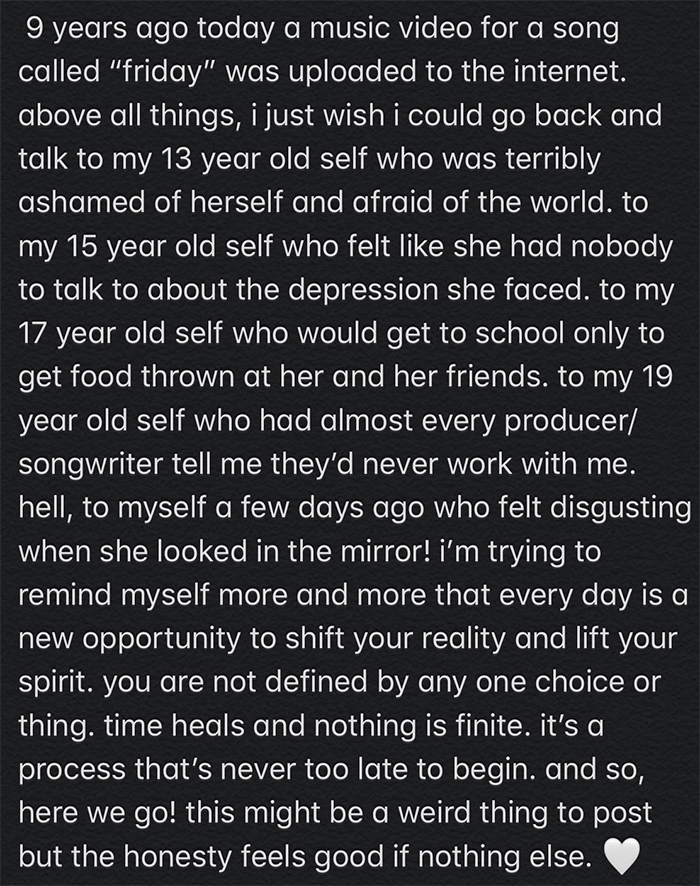 “9 years ago today a music video for a song called “Friday” was uploaded to the internet,” Rebecca writes. “Above all things, I just wish I could go back and talk to my 13-year-old self who was terribly ashamed of herself and afraid of the world. To my 15-year-old self who felt like she had nobody to talk to about the depression she faced. To my 17-year-old self who would get to school only to get food thrown at her and her friends. To my 19-year-old self who had almost every producer/songwriter tell me they’d never work with me. Hell, to myself a few days ago who felt disgusting when she looked in the mirror! I’m trying to remind myself more and more that every day is a new opportunity to shift your reality and lift your spirit. You are not defined by any one choice or thing. Time heals and nothing is finite. It’s a process that’s never too late to begin. And so, here we go! This might be a weird thing to post but the honesty feels good if nothing else.”

People were really supportive of Rebecca 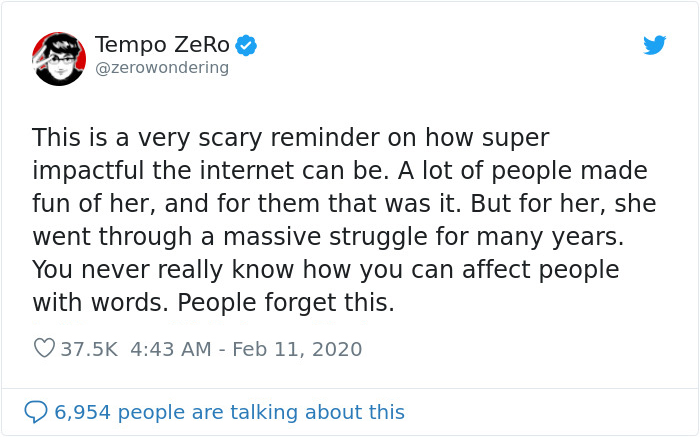 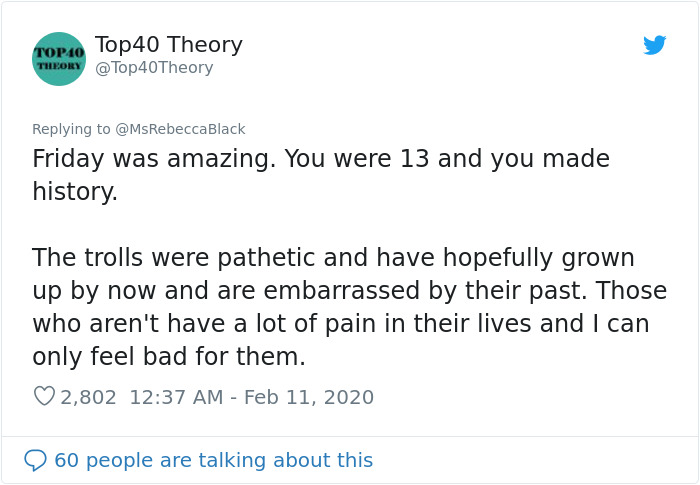 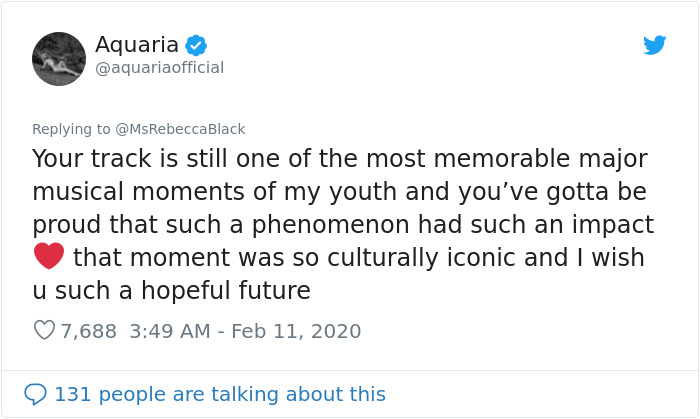 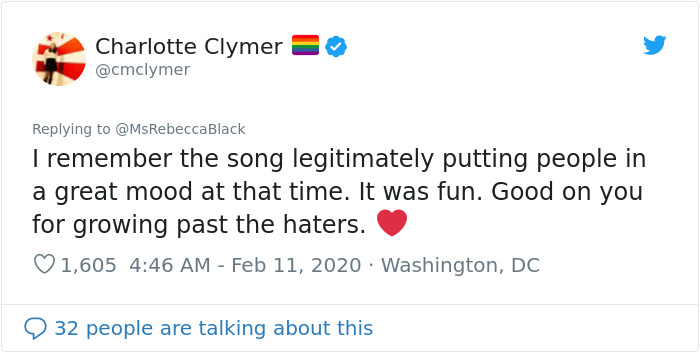 And many were jokingly calling the young singer “a queen” 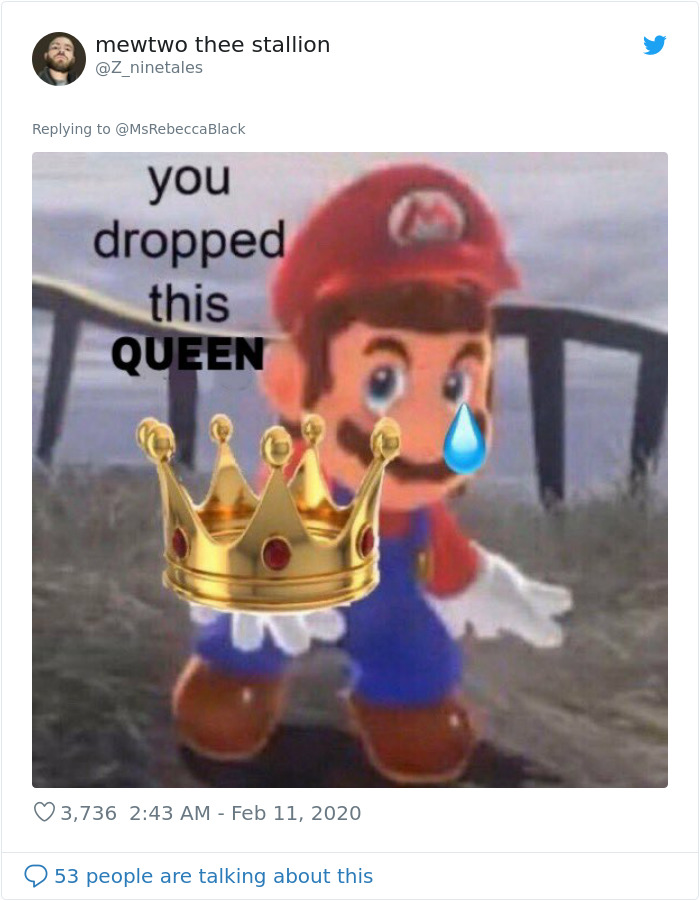 Rebecca was overwhelmed by the response, which, luckily, was only positive this time 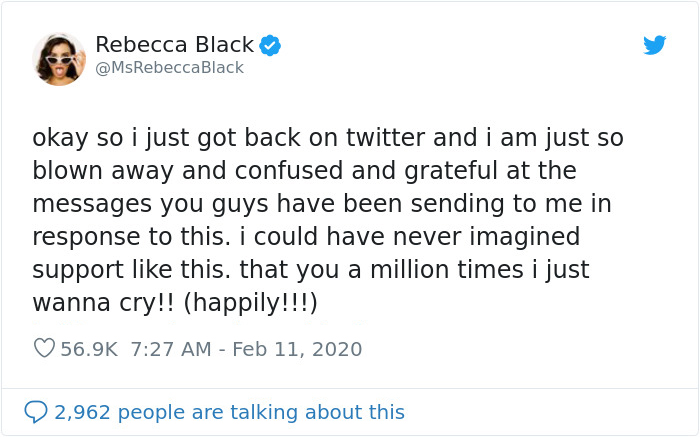 “Okay so I just got back on Twitter and I am just so blown away and confused and grateful at the message you guys have been sending to me in response to this,” the singer writes. “I could have never imagined support like this!”