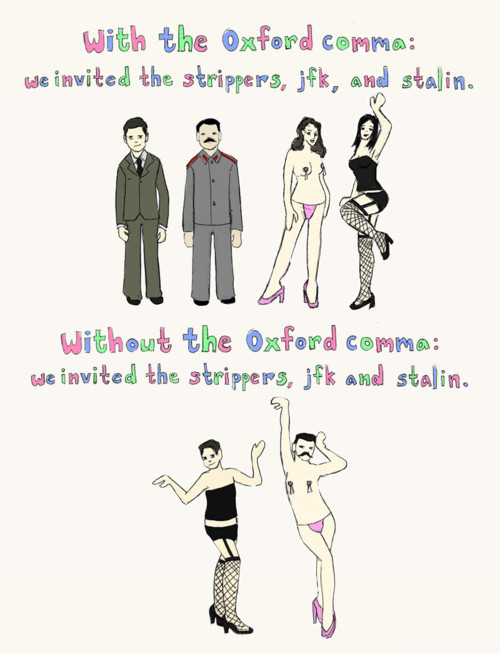 The grammatical world is divided over whether it’s necessary or not, but a recent court case has indicated that the Oxford comma is more important than ever. The lack of an Oxford comma gives a sentence ambiguity, and it was this factor which allowed some dairy drivers from Maine, USA, to win a court case regarding overtime pay.