New York City’s Times Square has been closed off by police after an incident today.

It is thought that a speeding vehicle has struck pedestrians on the sidewalk at Times Square. An announcement of the incident was made at the Reuters News headquarters, which is nearby. 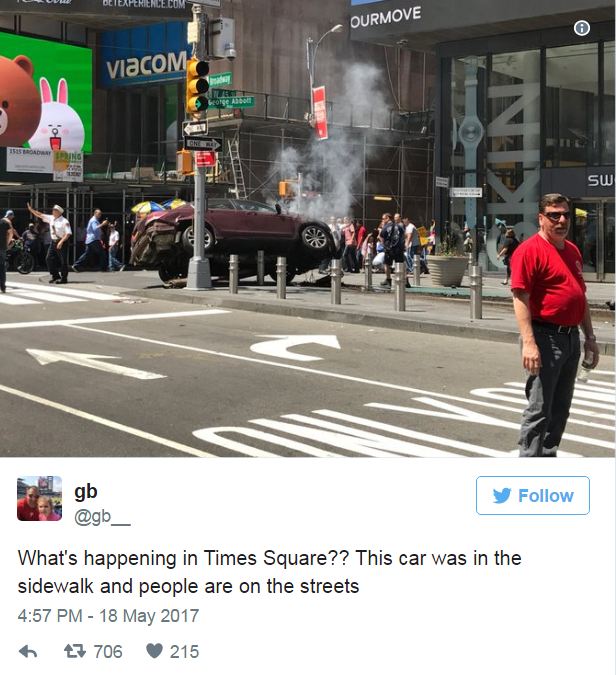 The area has now been closed off by the New York Police Department, and it has been reported that one person has died with at least 12 more being cared for after suffering injuries as a result of the collision.

The maroon vehicle is said to have mounted the curb at 7th Avenue and 45th Street, close to the world famous tourist spot Times Square, and the driver is now in custody, according to the New York Police Department.

The incident is not being treated as a terror attack, and White House Press Secretary Sean Spicer has said that President Trump has been informed of the event.

The post Breaking: One Dead and 10 Injured as Vehicle Ploughs into Pedestrians In Times Square appeared first on Viral Thread.