Swedish media reports that a lorry has rammed into a store in Central Stockholm killing at least three people. Gun shots have also apparently been fired at the scene.

It is thought that numerous people have been injured in the incident, which occurred at roughly 3pm local time on Drottninggatan, one of Stockholm’s main streets. 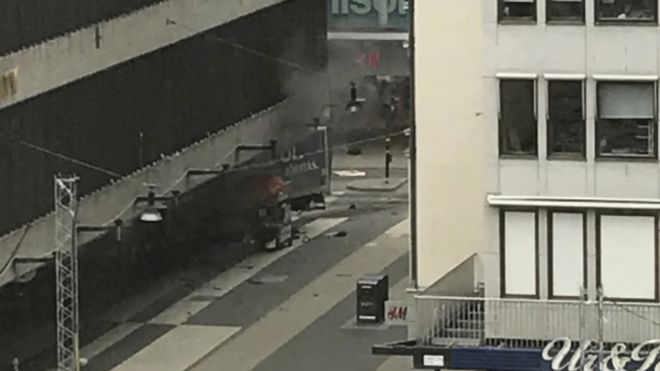 Witnesses described seeing the lorry drive at the window of the Ahlens department store that is situated on the street.

The incident is being treated as terrorist attack.

We will have more on the story as further details become clear.