BBC’s new series Dracula, which debuted with the new year, is already bound to draw lots of curiosity just by virtue of being written by the same team that brought us Sherlock and some recent incarnations of Doctor Who. But in order to really catch potential viewers’ attention, the network’s creative team constructed an inventive advertisement with a twist that only comes out when the sun goes down.

On the billboards, placed at busy intersections in London and Birmingham, the real stakes protruding from their surface create a shadow that looks like much more than the sum of the objects casting it. What would you say if you saw this at night?

These innovative billboards were put up in London and Birmingham 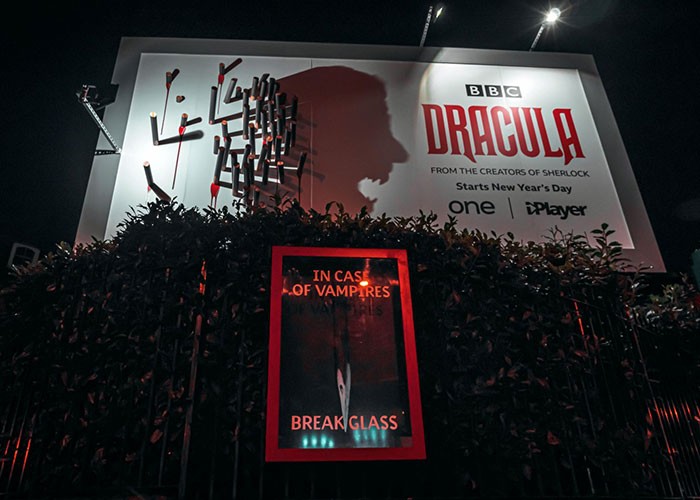 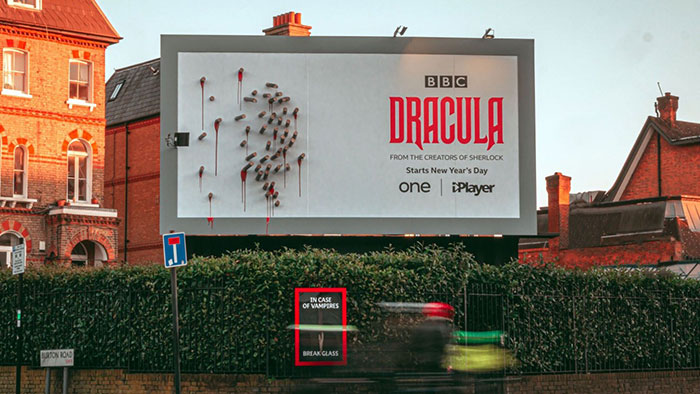 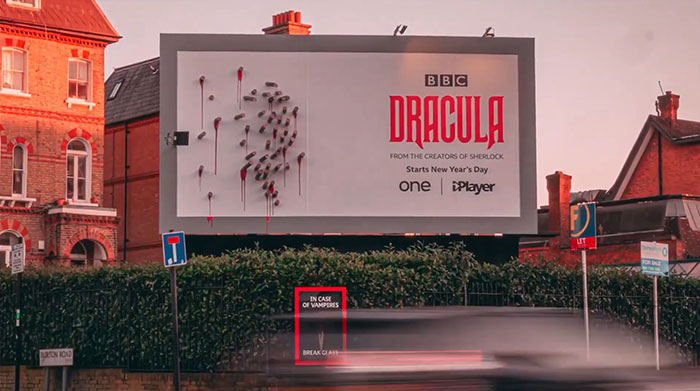 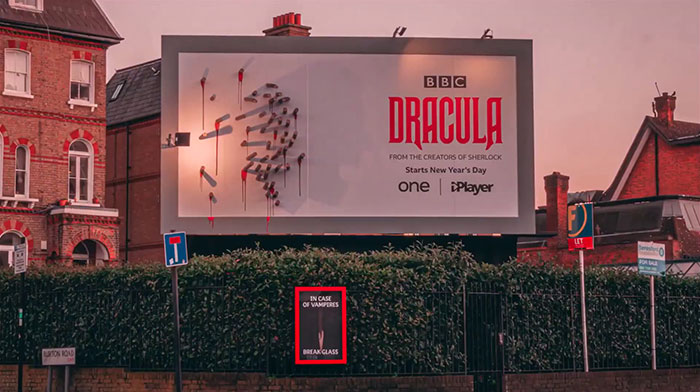 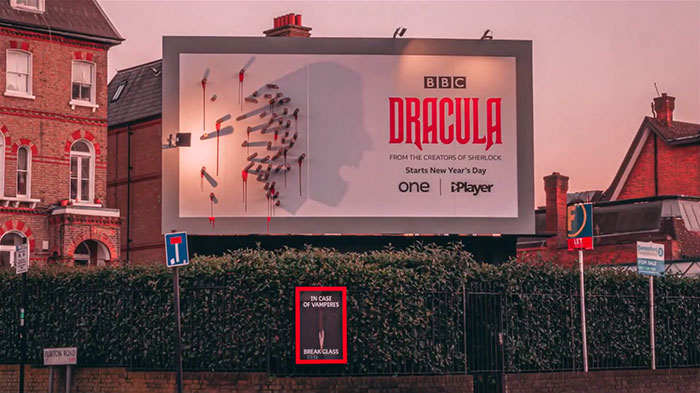 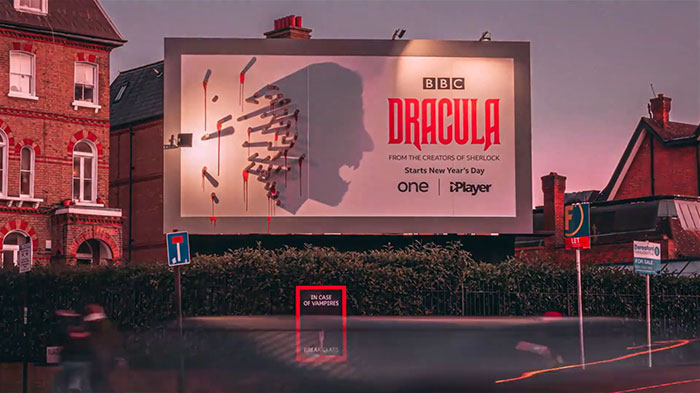 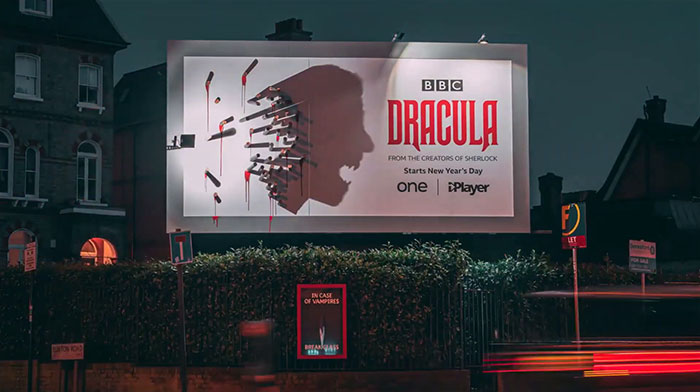 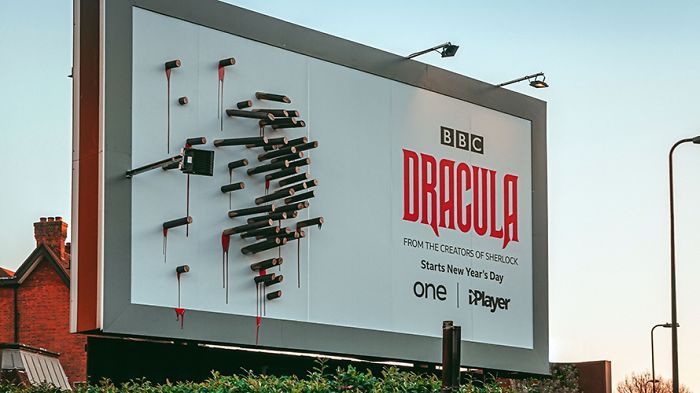 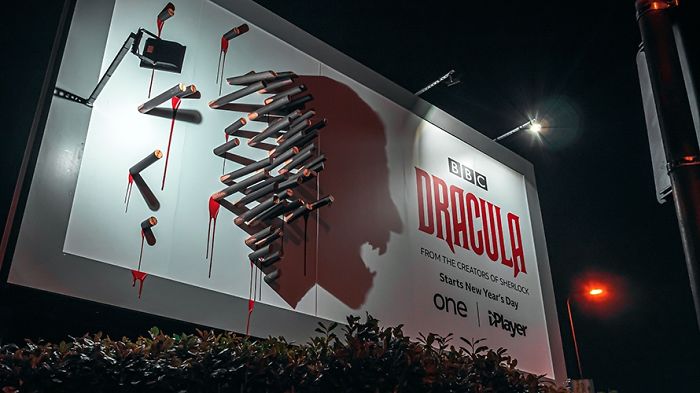 The miniseries, consisting of three episodes that aired in a whirlwind over the first few days of the new year, didn’t quite manage to draw the premiere crowd that its successors did. Critics gave numerous explanations, such as the media viewing habits that people prefer in 2020 (the whole series in one sitting alone on Saturday night, baby,) or the fact that horror is by nature a polarizing genre for mainstream audiences.

Dracula is a three-episode mini-series that aired on BBC

Viewers were split over how the display works, with some claiming that you can’t possibly control where shadows end with that much precision when casting light across a flat surface, and there had to be a backlighting trick under the billboard’s surface. If you look at the photos of the billboard from a different angle, though, you will notice that the light source is positioned in front of the billboard, further away than the length of any of the stakes, casting light diagonally upon it rather than straight across its surface. The finer details like the teeth are 2D protrusions from the stakes, intended not to be noticeable when viewing the billboard head on.

Commenters like the ad, but have mixed reviews of the show 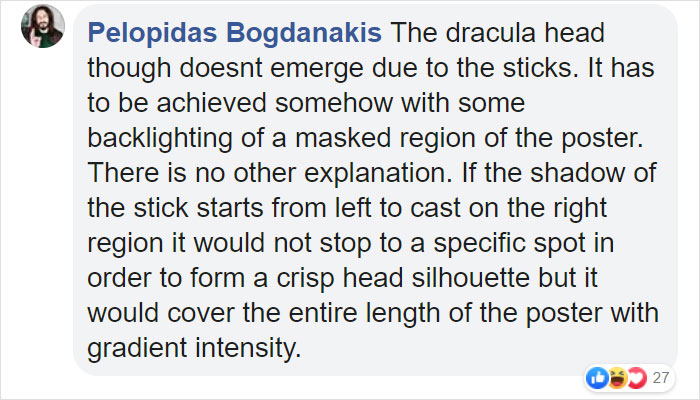