Aw. AWW! Nintendo! You shouldn’t have! Less than a week after the original Mario Makers launched their beautiful new console, the Switch, a fan on Reddit discovered that Nintendo’s been on the wholesome memes bandwagon longer than any of us. The video game maker stuck a nice little message deep in the right joystick of its Switch Pro Controller!

Then, shine the brightest light you can find on the edge of the stick. And while its tough to see in these photos, know that it’s there — a two line phrase reading “thx2 allgamefans!”

Hey Nintendo, I think I speak for all the gamefans when I say, you’re welcome!

Now, as the Switch itself has proven, Nintendo is probably the most innovative video game company in existence, but I did start wondering if maybe Nintendo was really the first company to hide a message on its hardware? That lead me to go back and check all my other video game controllers, and lo and behold, they were not. I found a hidden message on Sony’s Playstation 4 controllers as well. Look closely at the left thumbstick. No no, I mean really closely: 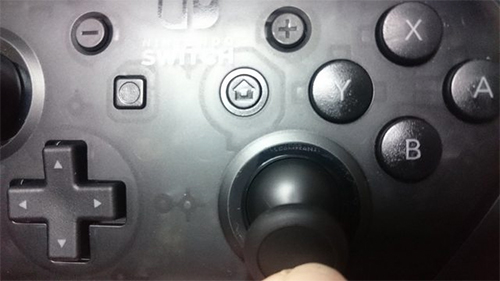