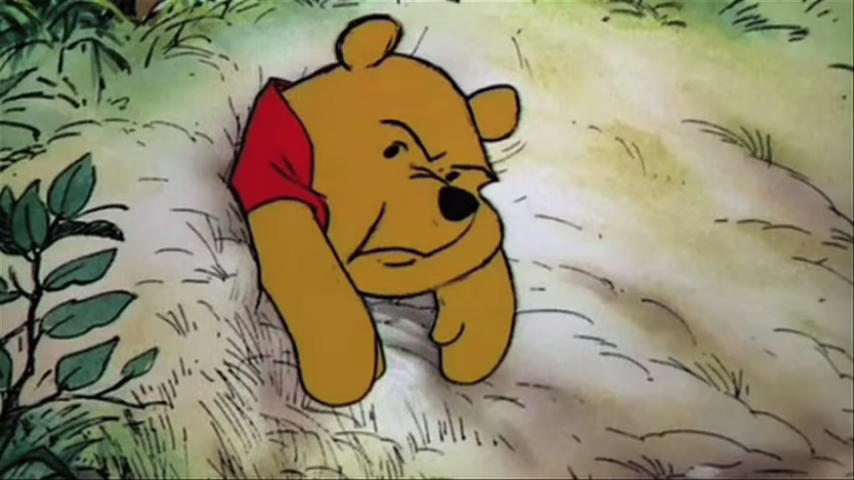 In 1987 filmmaker Todd Graham overlaid the soundtrack from the iconic 1979 Francis Ford Coppola film Apocalypse Now with scenes from Winnie the Pooh cartoons to make the brilliant short film “Apocalypse Pooh”. In doing so, he created one of the earliest mashups ever. This odd combination shows how the playful mood of the innocent cartoon gives way to frightening desperation as decribed the narration of the film.

Todd Graham made the first widely distributed mash-up in history with this combination of Winnie The Pooh and Apocalypse Now. This version was (beautifully) digitally remastered by Graham’s colleague, Brad Bell.