Kickstarter has been both a force of good and a force of evil. Since the website’s formation, there have been more hipster joke projects then there are stars in the sky. Here are some of the best examples of Kickstarter projects that are actually the worst.

How many times have you thought to yourself, “Ugh, I would love to read the Herman Melville classic ‘Moby Dick’, but I can’t read words”? Probably a lot, right? Don’t worry, because someone decided to start a Kickstarter to turn that pesky text into emojis. The translated version was accepted into the Library of Congress’ archives, so it’s totally okay to do your book report on it, right?

Graphing the Deliciousness of a Chicken Burrito

There have been not one, but two Kickstarters for a product called “the Ostrich Pillow”. One was a relatively normal project looking to fund a legit travel pillow. The other… not so much. It advertises itself as a “micro environment in which to take a comfortable power nap in the office, traveling, or wherever you want”. It’s basically a hood with hand holes that you can sleep in wherever you want, and… come to think of it, maybe the first Ostrich Pillow is the weird one?

Normally, people use soap to get rid of that meat stench, but with meat soap, you can rub that robust meaty fragrance all over you. Smelling like jasmine is for babies. Just like regular soap, you can’t eat meat soap (no matter how good it smells). This takes the whole “bacon everything” thing a little far, no?

Some people have the ability to grow a full and manly beard. For everyone else, there’s the Five O’clock Shadow. This woolen monstrosity is designed to keep your face warm during the winter. And just like a real beard, it’ll make it look like something died on your face. Seriously, who wants to walk around with glorified pubes on their chin? Thanks but no thanks!

Would you donate to any of these Kickstarters? Let us know on Twitter! 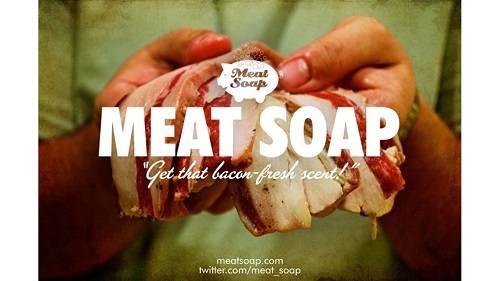 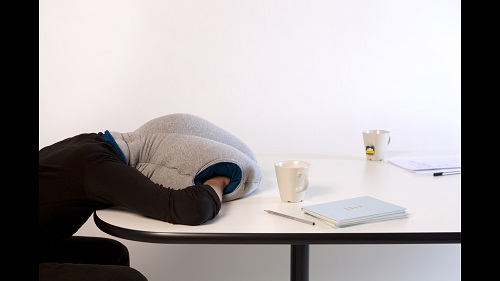 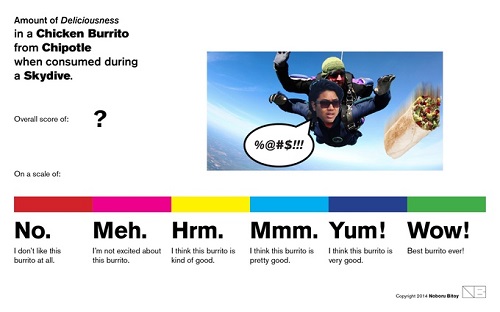 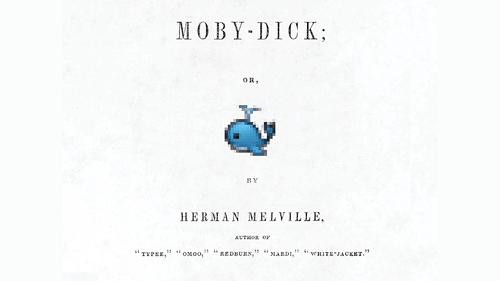 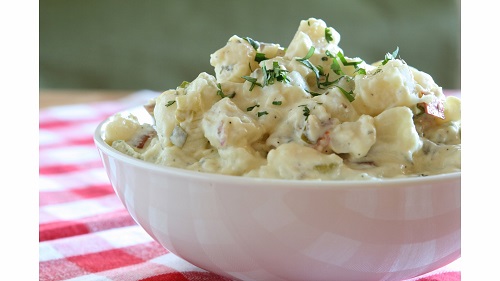 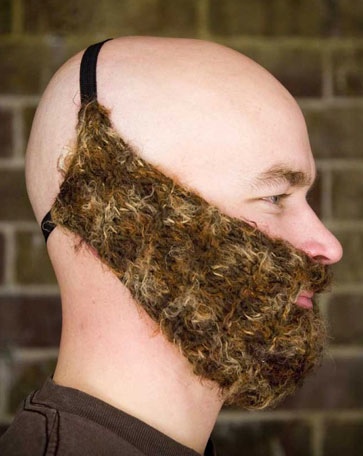 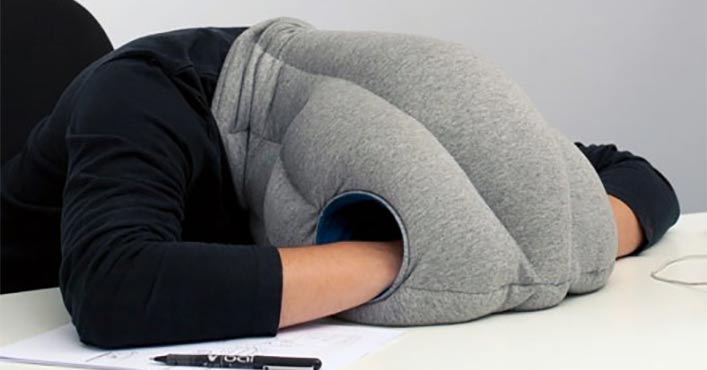