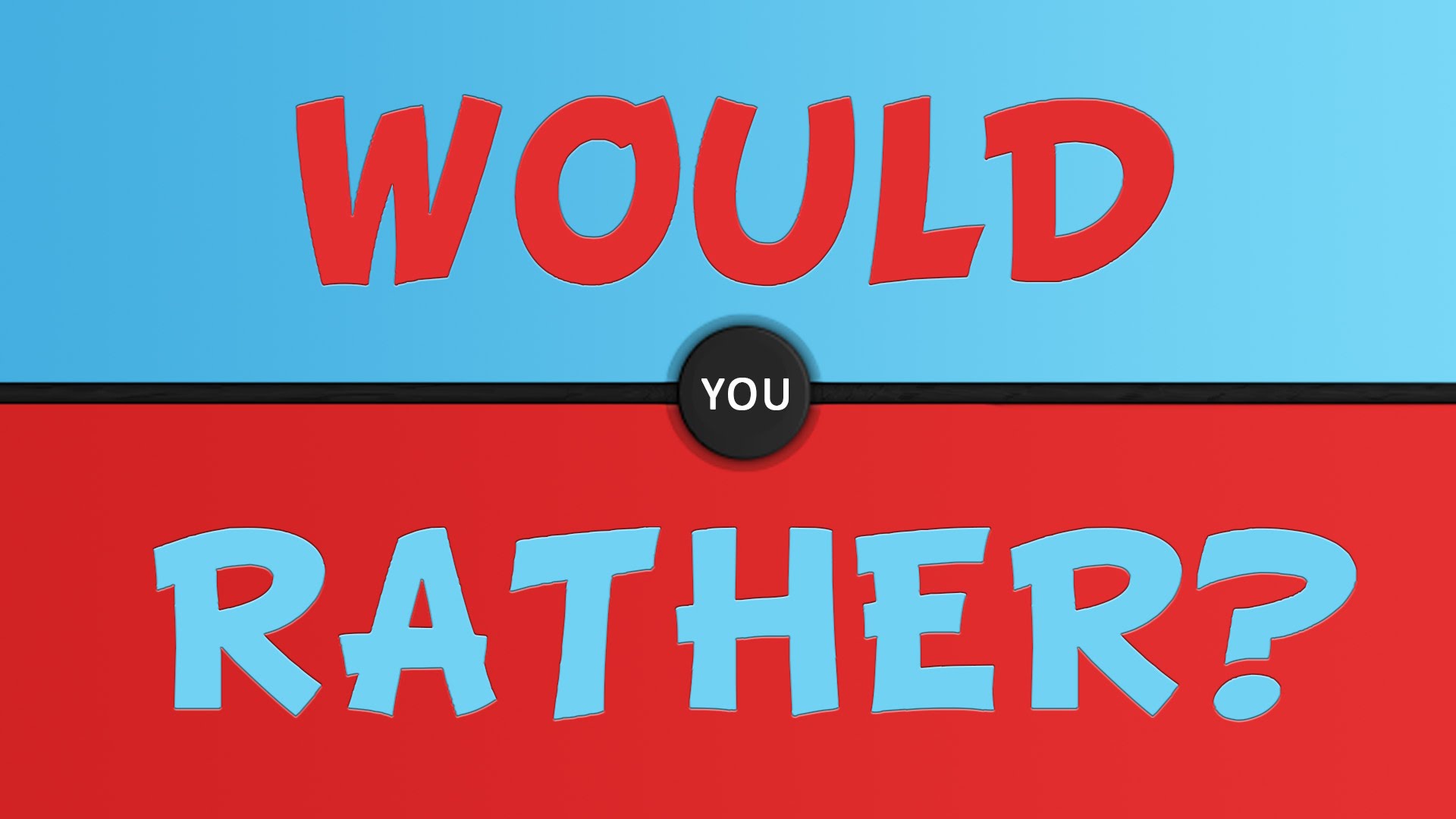 Looking to stimulate your mind? Would you rather is the perfect party game or conversation starter for people to debate their rationales. A number of these questions are great for team building ice breaker questions while others would be wildly inappropriate. And if you’re known to be a little indecisive, it’s about to get tricky.

A group of Redditors came up with a difficult list of questions and we hand selected out favorite. Just remember, answering “neither” or “both” is against the rules. Ready? Go!

1. “Would you rather be able to read minds or [be] able to see into the future?” – Pappy_Smith

3. “Would you rather give your parents unrestricted access to your browsing history, or your boss?” – Impvette

4. “Would you rather have a cat with a human face, or a dog with human hands instead of paws?” – Anti-Anti-Paladin

5. “Would you rather speak every language fluently, or play every instrument beautifully?” – Penguin_Out_Of_A_Zoo

9. “Would you rather have to snort all of your nutrition through your nose or live in a house made of human bones?” – Skriimish

10. “Would you rather change genders every time you sneeze or not be able to tell the difference between a baby and a muffin?” – Numbtongues

11. “Would you rather have a Bachelors Degree or not have $50,000 in debt?” – Cupcakesarethedevil

12. “Would you rather have Cheeto dust on your fingers for a year or have to walk around with wet socks for a year?” – KEEF2391

13. “Would you rather fly or breathe underwater?” – AlphabeticalPimp

14. “Would you rather eat your favorite meal for every meal for the rest of your life or never …” – Mohsena1

15. “Would you rather give up cheese or alcohol?” – From yours truly (It stumps people every time)

16. “Would you rather poop your pants every day of the year with nobody being aware that you did it or poop once in your pants in a year with everybody knowing you did it?” – Etras99

17. “Would you rather have a puppy sized elephant or an elephant sized puppy?” – Mexy994

And some great ones from TheBearJedi:

18. “Would you rather always smell like roast beef or have to look for your keys for 10 minutes whenever they were needed?”

19. “Would you rather only be good at things that no one likes to do or poop every time you hear a whistle?”

20. “Would you rather have to touch someone with your nose at the beginning of every conversation or need someone to remind you of your name when you introduced yourself?”

21. “Would you rather only be able to see “attractive” people or your personal attractiveness was inverse to your happiness?”

22. “Would you rather do EVERYTHING for the rest of your life with one hand or EVERYTHING with both hands?”