I applaud anyone who goes through childbirth. It’s an almighty feat for all involved, especially the mother of the child. Due to the complicated nature of giving birth, some mothers opt for a C-section, or cesarean. However, some look down on mothers who choose to have a C-section, as you can see in the text conversation below.

It was submitted to Facebook page Sanctimommy. In a conversation between a mother-to-be and a birth photographer, you can see the photographer declining to be part of the child’s birth as it “was not birth, no matter how you swing it”. Although the post was later deleted, and the source unverified, it made waves throughout the parenting community. 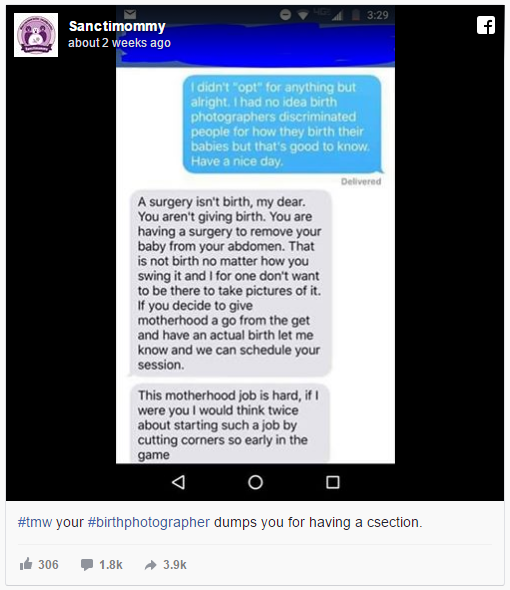 Pregnancy blog Birth Becomes Her were shocked at the messages. Monet Nicole, who runs the blog, told The Huffington Post: “It was particularly shocking to hear that someone who calls herself a birth photographer would say something so damaging and untrue. When rumors began to surface that the text message exchange might not have been true, we felt even sadder … we just want all women to know that we love and celebrate cesarean births just as much as any other.” They set to change the perception of cesarean births, and published a series of photographs, along with quotes by the photographer, to show that birth by C-section is just as emotional.

1. “Each of these hands is doing their best to care for someone. This is love. This is birth” 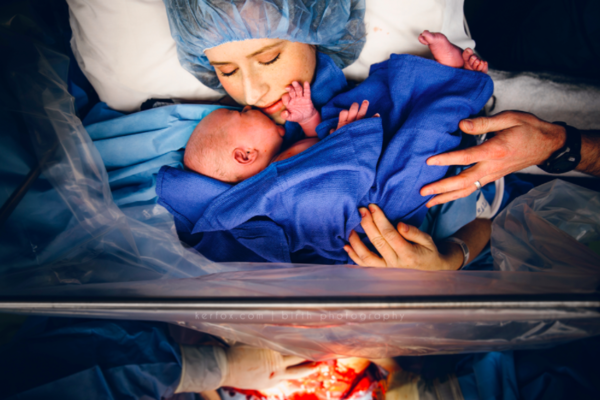 2. “Birth is defined as the emergence of a baby or other young being from the body of its mother; the start of life as a physically separate being. A C-section is not less beautiful, not less emotional and does not make you less of a mother or father.” 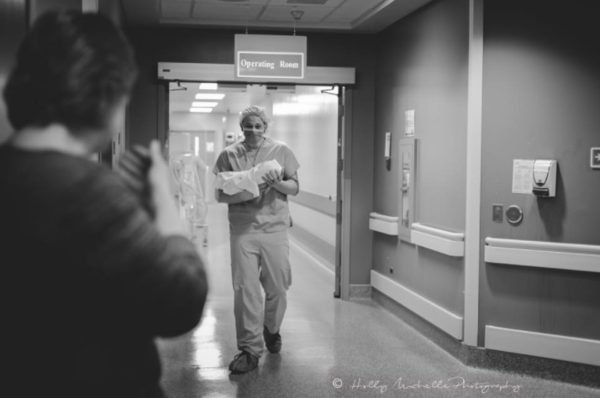 3. “The reactions of mamas meeting their children for the first time is precious and priceless, regardless of how the baby is born.” 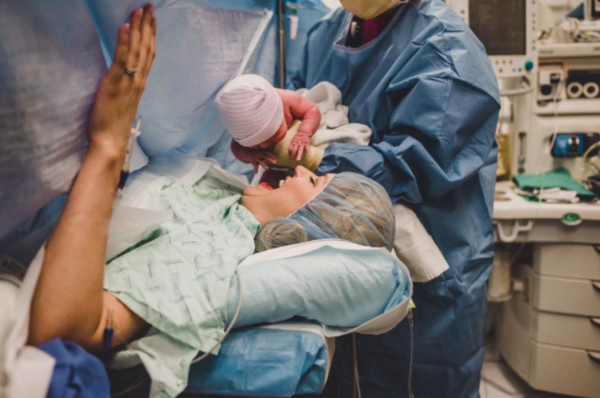 4. “After hours and hours at nine centimeters, with the head engaged, this family opted to meet their baby boy via cesarean.” 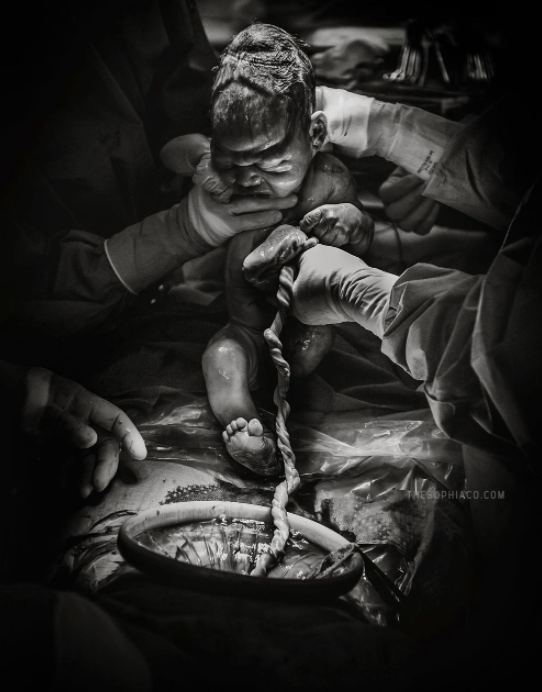 5. “From her previous birth, she was convinced her body would have trouble progressing past five centimeters. She rocked it — all the way to 10 — then had a uterine rupture and birthed her baby via cesarean. Her birth was beautiful. Life saving, life giving—beautiful” 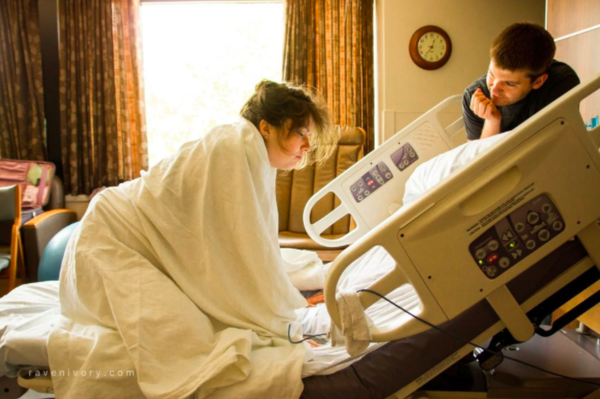